Most photographs of North Korea typically emphasize two features: the public appearances of the country's eccentric ruling dynasty, and the masses of people — appearing in perfect unison — who adulate them. Indeed, few countries surveil their citizens as thoroughly as North Korea. But the so-called "hermit kingdom" is still a nation of some 25 million individuals, living in a country where state control of information flows has steadily eroded.

Matjaž Tančič, a Slovenian-born photographer based in Beijing, wanted to portray North Koreans as fully formed individuals by shooting them in 3D. Accompanied by a producer, driver, and two translators, Tančič traveled more than 500 miles in North Korea, visiting towns and cities beyond the showcase capital city of Pyongyang. What resulted were portraits of North Koreans who defy the national stereotype of being faceless automatons.

Last week, Tančič stopped by New York for a beer and conversation with Asia Blog at WeWork Dumbo Heights — a Brooklyn, New York venue that will host a presentation of his images on Thursday, February 25. The following conversation has been condensed and edited for clarity.

Tell us about the photo exhibition. How did you conceive of it? How did you follow through?

The idea came from a meeting I had with my friend Vicky in her office at Koryo Tours, a tourist agency that has taken groups to North Korea for over 20 years and has occasionally worked with North Korean artists. When I mentioned my interest in doing a 3D photography project, they were enthusiastic. But it took eight months to obtain permission — basically, we sold [our 3D photography project] as a way to photograph tourist sites. In the end, we focused on portraits, which I was more interested in doing anyway.

One reason is that every time you see images from North Korea, you always get extreme propaganda or extreme anti-propaganda. All the images always show masses of people, faceless groups of soldiers, or workers, or people cheering. You never get individuals. It's always the leader and the rest.

I wanted to show the real face of North Korea by going to the other extreme. I wanted to get as close to people as possible — and 3D allows you to single out individuals. You really get into their personal space, allowing you to dissect everything about them and the environment in which they're shot. When I shot a portrait I always included the name, location, age, and occupation of the subject, which I think gives more of a face to North Koreans. 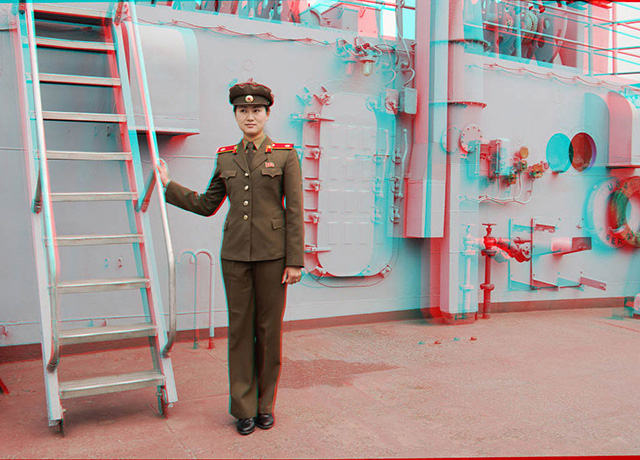 What did the North Koreans say when you went up to them and asked to take their photo? What kind of reactions would you get from people?

It's the same as you'd get in New York, I guess. Some would say "Yeah, sure, do whatever you want." Some were busy and said, "OK, but just hurry up." Some were uncomfortable.

The biggest difference is that the North Koreans are less used to cameras. So even if their response would be the same [as New Yorkers], I wasn't sure what was going through their heads. They don't have a selfie culture; The only photos they take are for propaganda, schooling, and other group activities. I'm sure it was quite an experience being shot by a foreign photographer.

Did anyone's reaction surprise you? Did anyone say anything that caught you off guard?

It was quite funny. I always chose the locations where I wanted to go, places like schools, factories, sporting events, and amusement parks where I'd have a better chance to find someone to shoot. One of these locations was an ice skating rink. I was looking around for people to photograph, and I found this one guy who looked like a Brooklyn hipster. He had high-waisted pants with a white undershirt tucked into it and his hair was slicked back.

I thought, "I want this guy, he looks like he could fit right into Europe or the United States." I asked him if I could shoot him, and he said ok. But he insisted on keeping his jacket on, and I thought "WTF! That ruins my perfect hipster shot." But he insisted, telling me that just wearing a white undershirt was indecent, and ended up refusing.

The whole time, there was this man standing behind me, this very curious guy who demanded that he be in a photo. "Do you want to be in a photo?" I asked him, and he said "yes, yes, yes." I was a little annoyed because he looked too ordinary. But in the end, he was a very cool person — he was a boxing champion, and he was going to Kazakhstan for a tournament. Of all the portraits I took in North Korea, he was the happiest person I met. That's definitely one of the moments that I'll remember forever. 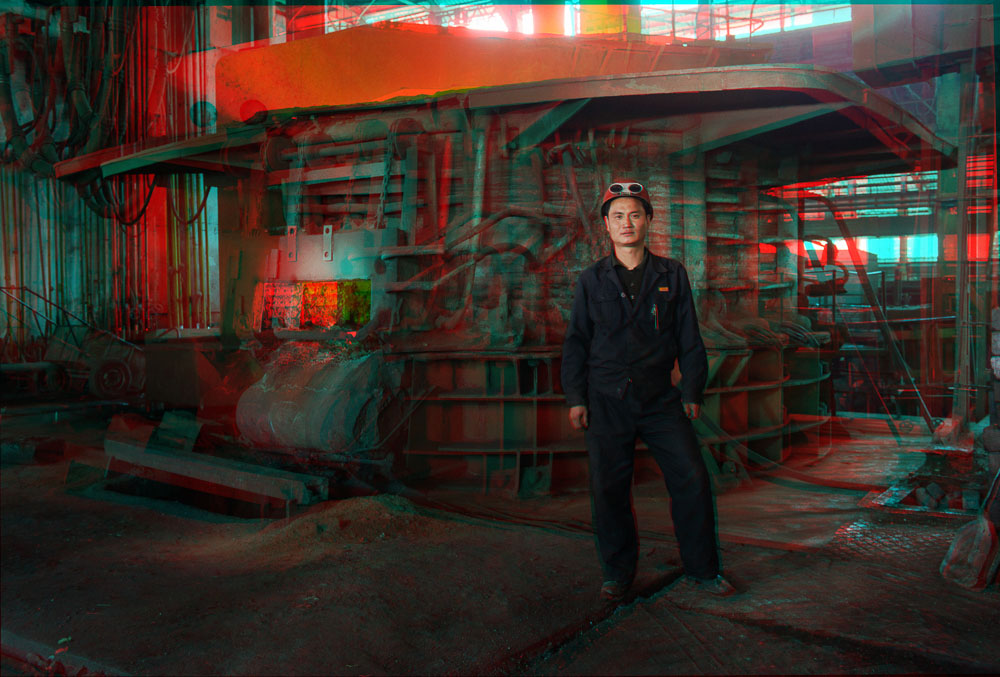 You captured all these images on one trip?

How long were you there?

Ten days. We had a plan: it was me, my friend who was the producer, two guides who served as assistants, producers, and translators, and a driver. We drove over 800 kilometers all over the country — east, west, north, south — everywhere. And we shot more than 100 people. Everything happened so fast. We didn't have any free time because everything was scheduled. "8:30 to 8:38 here, 8:38 to 8:48 in transit, 8:48 to this other time, there, etc." It was totally choreographed, but in the end it was beneficial because we saw and shot five times — 10 times! — more than we were expecting.

Did you notice a lot of differences between Pyongyang and other parts of the country?

Pyongyang is like a showcase city. It's like someone taking you to an IKEA and showing you a photo of something, so of course you want to buy it. The other places are just normal. They're still nice, but Pyongyang is picture perfect. Wide avenues, amazing buildings, everything.

What are the biggest misconceptioins people have about life in North Korea? Not just in the United States, but around the world?

Oh, everything. Everything you hear just repeats the same old boring song. Lots of stereotypes are true, of course. North Koreans don't have the freedom to just wander around, and foreigners have guides accompanying them everywhere. But the people are just normal people. They're not brainwashed, starving animals waiting to kill you.

North Korea is a country most people don't know much about, so it's easy to make up stories about it. Everyone in Europe, for example, has stereotypes about the United States, and they're mostly completely wrong. You come here and you realize that it's not just junk food, cowboys, and George W. Bush sympathizers. Also, when you hear of Slovenia, either they don't know anything about it or they'll think, "Oh, you're Eastern European, you drive Ladas." That's just the world, you know.

Should more people go to North Korea? Is tourism there a good thing?

I think it is. I'm sure it is. You get rid of your stereotypes, and [the North Koreans] will lose theirs as well. And on another level, going to North Korea is completely like traveling in time. To pay money to time travel is everyone's dream, just like in the movies, and going to North Korea is like entering a time capsule that's completely sealed. It's truly one of the most interesting things you can do in your life.