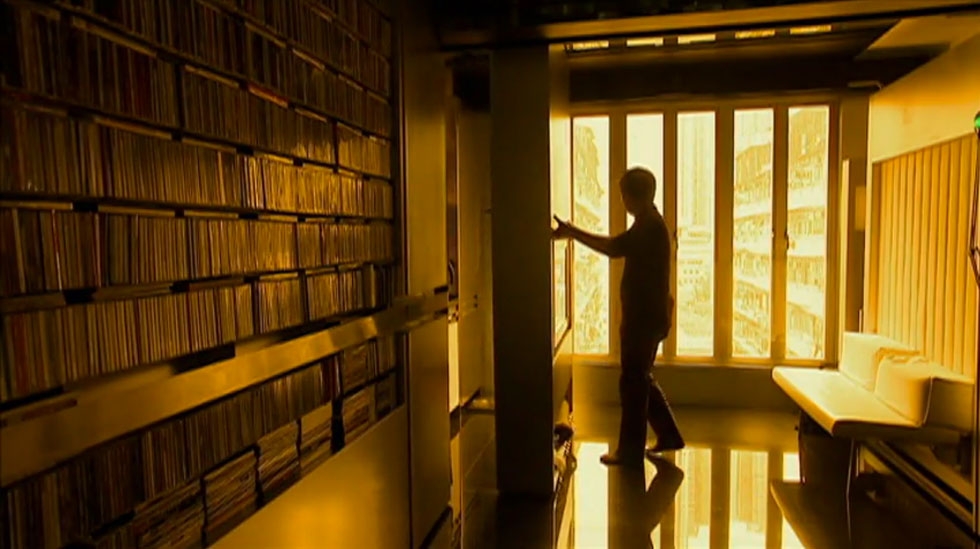 Hong Kong is one of the most land-hungry cities in the world. This results in sky-rocketing housing prices and a constant need for new ideas in urban development and sustainability. One Hong Kong architect, Gary Chang, took these challenges and ran with them. Today, Chang is known for his biggest experiment — the “Domestic Transformer.” Chang transformed the 360-square-foot apartment his family has owned since he was a child into a futuristic shape-shifting space that uses a complex system of sliding walls to create a 24-room living experience. (See video above.)

Those who can't attend the event are invited to tune into a free live webcast at 6:30 pm ET at AsiaSociety.org/Live.

You say you studied “architecture long before you enrolled in architecture.” Can you recall a distinct moment in your youth where you saw yourself coping with the tight living space and coming up with a solution?

I have resided in this apartment for more than 30 years. At the very beginning, this 360-square-foot apartment was home to my parents, my three younger sisters and me — plus a room rented out to an outsider.

Instead of defining it as a solution, I would say it was a way of life that everyone always kept conversations to a minimum noise level. One could easily figure out how disturbing it was if everyone spoke loudly in such a tight space.

You have defined the phrase “necessity is the mother of invention” by transforming a 360-square-foot apartment into a 24-room configuration. Are you currently adding any more configurations? If so, would you be able to share what you’re currently designing or adding on?

I have spent one whole year to design and complete this transformation, striving to consider all "walks of life" within this individual domestic universe. So the four years that have elapsed since the completion of the project was mainly to get accustomed to and adapt to the space. The major object that I have added afterwards was a mobile column equipped a series of light fixtures that could move to anywhere I need in the space. Sometimes this light column behaves like my "pet."

In every architectural feat, you have made your apartment more eco-friendly. It’s also known that in the East, the practice of feng shui is popular. Do you incorporate any feng shui principles into your designs? If so, do you try to merge energy-saving solutions with feng shui principles?

Personally I did not formally acquire the knowledge of feng shui, though one would say quite a few of the basic principles were grasped through in-born means, as being a local Hong Kong Chinese.

On the other hand, the element of sustainable design of the apartment is simply the small footprint of the space, a mere 360 square-feet which through "REDUCE" I have avoided and saved a significantly amount of energy needed to live here.

Like Hong Kong, high-rent and small-living spaces are part of the New York City apartment lifestyle. A common solution that New Yorkers use is using a rent-a-wall to create two bedrooms out of one. Do you have any other simple ideas for a New Yorker on a budget?

My suggestion is to blur the boundaries between different zones and organize the space by carefully considering what one really needs and the priority of use.

Another very simple, but to me very important, rule is never pile up your stuff onto the floor. Once you start, you will very soon realize that you have less and less space to move around and you will ultimately live in a "storeroom" largely occupied by your belongings.

It’s a marvel that you have created a two-meter wide kitchen that unfolds behind the TV. Could you walk us through the evolution of that design? Also, considering the compact space of the kitchen, what has been the most challenging meal you have cooked there?

My kitchen spans a length of two meters (about six feet) which actually consists of two parallel wall-units, of which one is fixed onto the side wall containing the more bulky items including the big refrigerator, oven, sinks, dish-washer, etc., while the other wall unit serves to contain the smaller appliances, including the coffee-making machine, toaster, and a mini-bar which is run on wheels.

I have to admit I seldom cook in my home. My kitchen is for my invited friends to cook for us, as a kind of program/entertainment. I recall one time my friend made a very elaborate seafood soup, which was nicely done.

Suburban life in the U.S. often means big homes, big cars, and smaller families — which is a complete contrast to the lifestyle in Hong Kong. What are your thoughts about this polar-opposite lifestyle?

There is no denying the big impact of global high-speed urbanization. We all learned that way back in 2010 — more than half of the world's population lives in urban areas and this trend is moving fast.

Nevertheless, despite the various problems including pollution, traffic congestion, etc., this high-density human settlement actually make life much more sustainable by utilizing less energy as a result. Better integration with various resources and more choices and flexibilities and enhanced socio-cultural exchanges, this will take over the suburban life for the majority of the population.