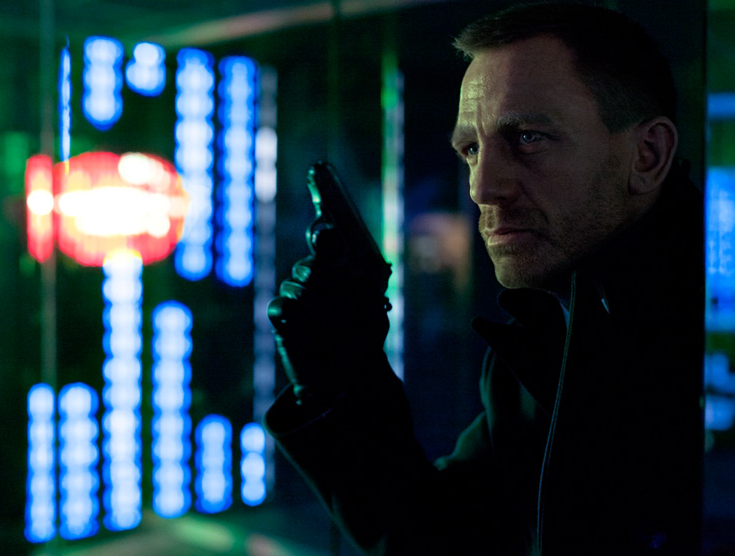 The almost universally-panned remake of the 1984 anti-Communist vigilante action film Red Dawn opened over Thanksgiving weekend in the U.S., after three years of speculation as to whether or not the film would even find a distributor. Critics have been particularly harsh about one of the most bizarre aspects of the film's production: the decision to change the nationality of the invaders from Chinese to North Korean in post-production through digital alteration and new voiceovers.

At first glance, it appears odd that the filmmakers opted to make digital deletions of references to China to make an implausible plot even more absurd (North Korea has a population of only 25 million people, and far less military capability than China to pull off the invasion featured in the film). Some sources such as China's state-run Global Times believe that the film was altered "to please Chinese audiences," but this is clearly not the case because the film was never intended to be marketed in China. In addition to the fact that the new enemy still happens to be China's ally, the film's main ideological underpinnings appeal to its targeted American audience precisely because they would probably anger a foreign one. According to Jeff Yang at Wall Street Journal, the film's jingoism "is designed to make you want to go out and hit someone with a flag; if it doesn’t, it’s not working for you." Needless to say, this film is only palpable to a certain segment of the American audience. This demographic clearly didn't care whether their invaders were Chinese or North Korean, a fact best exhibited by a string of tweets following the film's first showings that demonstrate fans' lack of interest in plot "nuances" such as distinguishing between two completely different East Asian nationalities.

The main reason for the switch, according to Red Dawn's producer, was that he couldn't find anyone to distribute the film until the enemy’s nationality was changed. Distributors hoping to show films in China must work with China Film Group, the country's only importer of foreign films. According to Jonathan Landreth, managing editor of ChinaFile.com, and a former long-time Beijing resident and media industry business reporter, “No distributor would want to step on the toes of China’s import monopoly” because distributors would fear harming their chances of future films being accepted for Chinese audiences. A report released last week, which states that China's film market is projected to become the largest in the world by 2020, makes it clear to the American film industry that xenophobia is not a rational economic decision in the changing world economy.

In contrast, another recently-released film cognizant of its portrayal of China, the third Daniel Craig-as-James Bond installment Skyfall, had a much more globally-encompassing marketing strategy that was most likely informed by the lessons of past films trying to gain a coveted spot at the Chinese box office. Skyfall's beautiful shots of the gleaming and modern cityscape of Shanghai are a dramatic change from previous portrayals of the city in films such as the 2006 Mission: Impossible 3, where Chinese censors cut parts considered “unflattering” to the city such as images of laundry hanging from bamboo poles and villagers gambling at mahjong.

Compared to Skyfall, Red Dawn’s target demographic of probably not very well-travelled Americans seems like a small niche market. So far, Skyfall has globally grossed $869 million, showing the economic benefits of making a film as cosmopolitan as its globetrotting protagonist. This amount doesn't even factor in the Chinese earnings because the film's opening there has been postponed until 2013. It's difficult to be certain of the reasons behind the Chinese government's decisions regarding film distribution, but speculation is that the move came to prevent Skyfall from competing with the Chinese blockbuster Back to 1942.

Although Skyfall was obviously more diverse than Red Dawn, we should hold off on a utopian vision of a future of cosmopolitan, culturally accepting films happening anytime soon. For starters, the Red Dawn model is sadly not as dead as critics wish, as we can see from the fact that it made $22 million in its first weekend. Skyfall is also far from a pillar of cultural sensitivity. Apart from portraying a version of Shanghai that is reductionist in its own CCP-sanctioned way (ironically, that included the choice to film some of the "Shanghai" buildings in London in order to make the city look glamorous enough to appease Chinese censors), the film franchise simply uses other locations for its "racing through the slums" scenes that provoked the Chinese government's ire with MI:3. Although China now has the consumer base to fight stereotypical portrayals, there are still many locations to choose from that are not seen by film executives as places worthy of nuance. The Chinese film industry has had its own share of setbacks in its attempts to create internationally marketable films while complying with strict content regulations, such as the lack of success of Zhang Yimou's recent blockbuster The Flowers of War, which featured British actor Christian Bale.

The Chinese government could make much more headway in curbing offensive portrayals if it were to open its market more broadly to foreign films, which it is slowly doing. However, even with James Bond's conciliatory first appearance on the Chinese mainland, the glowing lights of Shanghai may only be a superficial concession in a film where the protagonist still had a typical Orientalist experience in Macau (also filmed in London, which will disappoint anyone searching for that komodo dragon casino). The entire James Bond franchise is often referred to as a fantasy response to the decline of the British empire, and Skyfall's scene that features comments on the 1997 sovereignty transfer of Hong Kong will probably not play well with censors. It is yet to be seen if these aspects of the film will have been removed when it finally makes it to the country's cinemas — but what is certain is that the China seen in future Hollywood films is going to be nothing like the way East Asia has typically been portrayed in decades past.