Ahead of Film Summit, Here's Everything You Need to Know About China's Movie Industry | Asia Society Skip to main content

Ahead of Film Summit, Here's Everything You Need to Know About China's Movie Industry 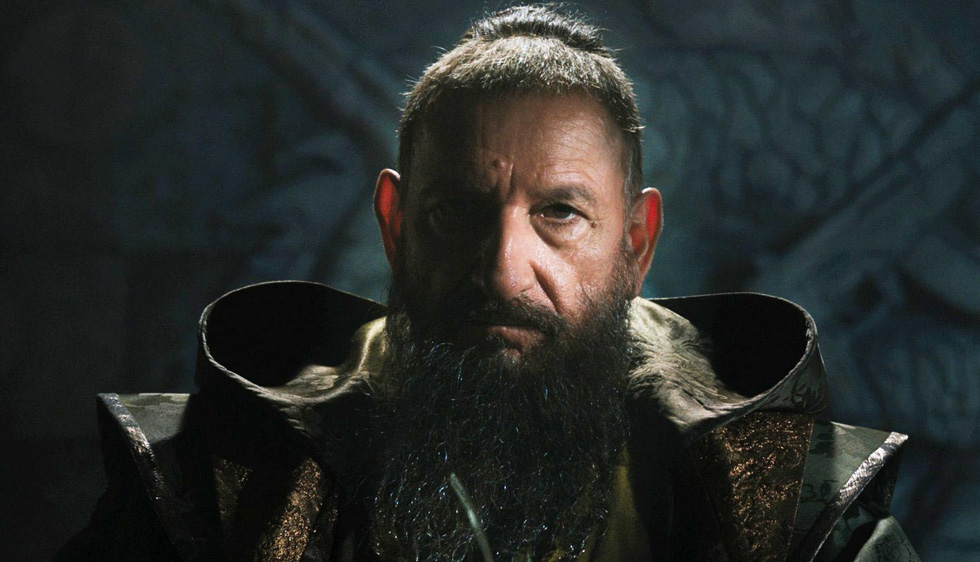 Ben Kingsley stars as The Mandarin in 'Iron Man 3,' a Hollywood-China "co-production" due out in 2013 — but will moviegoers in China be able to see it? (Marvel)

LOS ANGELES — Hollywood and Chinese movie makers and industry hangers-on will gather Tuesday at the third annual Asia Society U.S.-China Film Summit on the campus of the University of California Los Angeles.

At a gala dinner Tuesday night, organizers Peter Shiao of ORB Media and John Windler, managing director of the Asia Society of Southern California, will present honors to Lew Coleman, president of DreamWorks, and Han Sanping, president of the China Film Group, considered by many to be the godfather of the booming Chinese film industry.

The private dinner will follow a full afternoon of open-to-the-public discussions between Hollywood and Chinese movers and shakers getting together on the eve of the American Film Market in Santa Monica, the largest annual film business buying-and-selling event in the world.

Discussions Tuesday will kick off with Madam Zhang Xun, the president of the state-run China Film Co-Production Corporation, who will make a guest appearance by video.

Madam Zhang is billed as a strong advocate of making films in true cooperation with the United States, so as to enable Hollywood producers to avoid China’s import cap while telling stories which China’s government feels are appropriate for its people.

Last week, however, Madam Zhang told the Los Angeles Times it was unlikely that Iron Man 3 — which Marvel and its Chinese partner DMG Entertainment last spring hailed as a co-production — would qualify to get around the import quota.

Though Beijing film officials have for years touted co-productions as the best way for Hollywood to engage with China, in August, a deputy director of the State Administration of Radio Film and Television — China's leading media regulator and censor — said that Hollywood, essentially, had been abusing the process by calling films that had little Chinese participation "co-productions" in order to get around China's annual limit on imported films.

I first met Madam Zhang at the inaugural U.S.-China Film Summit three years ago. I was reporting for The Hollywood Reporter and was impressed at the time by how openly she was willing to engage the audience in Los Angeles and try to make sense of what was required to get a co-production off the ground.

The audience on Tuesday is sure to be listening to Zhang carefully for clues to what lies ahead.

Before moving home to the U.S. just a month ago, I was living in Beijing for eight years, where I was one lucky business reporter. I'd covered Wall Street, I'd covered 9/11, and I’d covered the Pan Asian oil markets as prices soared during the second Iraq War. But nothing prepared me for reporting and writing about China discovering Hollywood. And Hollywood discovering that it can't live without China.

Eight years ago in pre-Olympics Beijing, it took me 30 minutes in modest traffic to get to the nearest movie theater from my apartment there. Today, when I’m in Beijing, a short bike ride gets me to any of five multiplex cinemas. Given how nice they are, I’m happy to pay the $15 for the price of admission.

Thinking back to autumn 2004, just as I was moving to China for the third time — China's best known director, Zhang Yimou, released his film Hero in the United States. He'd made the film for $17 million and it grossed $177 million worldwide, including $53 million in America. It stands today as the most successful Chinese language film export of all time.

After that, as China prepared to ascend to the world stage with the Beijing Olympics in 2008, the race began to duplicate Hero's success, as Chinese filmmakers and the government bureaucrats who regulate their work realized the potential — and the necessity — of telling China's story to the world and making a bit of money at the same time.

Over the next seven years, I covered the story of China's scramble to make movies that might work not only at home but overseas, first for The Hollywood Reporter and later, when editors at The Wall Street Journal and The New York Times woke up to the story, for them, too. Each January I wrote about box office gross sales growing more than 25 percent a year in China to reach $2.1 billion at the end of 2011.

Like every other industry America excels in, Hollywood wants a piece of the China market. Especially considering that the American box office slumped 4 percent last year to just over $10 billion. China is now on track to become Hollywood's largest export market at the box office by the end of this year, supplanting Japan.

Given the rate of new theaters being built every single day, some forecasts say that China will be the world's No. 1 movie market by 2020.

For a bit of context about where movies fit in the U.S.-China relationship, rewind again to 2001.

Two lead trade negotiators, one from the U.S. and one from China, once told me that in the run-up to China's accession to the World Trade Organization, it wasn't the terms relating to grain or heavy machinery or high tech components that were the greatest sticking point between Beijing and Washington — it was how many Hollywood movies would be allowed into China each year.

Why? Because movies sell an image of the way we live, who we are and how we do business. Movies are America's greatest selling tool.

For most of my eight years of writing about China's growing addiction to Hollywood, only 20 imported films were allowed into China each year and allowed to recoup a significant share of their gross ticket sales. Nine out of 10 of those films were from Hollywood.

Then, in February 2012, the unthinkable happened. China opened its movie market.

Xi Jinping, who on November 8 — two days after we elect the next President of the United States — is expected to be appointed China's next president, was in Hollywood nine months ago to break the good news.

On Tuesday night at the U.S.-China Film Summit Gala Dinner, we of the Asia Society will be honoring a special guest without whom, some say, none of these developments would be possible — Mr. Han Sanping, the head of the China Film Group, the largest state-run studio in the country and the entity with which we’ve all become obsessed.

For those of you who remember a time when Hollywood studios controlled all aspects of the business at once — Mr. Han is the 21st Century incarnation of Louis B. Meyer, Darryl Zanuck and Harvey Weinstein combined.

I bring up Mr. Han, because there’s a big question left unanswered by the U.S.-China Film Agreement — a question I hope he will answer for us before the night is over:

Who, other than Mr. Han’s own China Film Group — long the monopoly importer of Hollywood films — will now be allowed to distribute imported films?

Will it be Wanda, which recently bought AMC, America’s second largest movie theater chain to become the No. 1 theater owner in the world?

Will it be DMG, the Beijing-based company which helped Mr. Han make China’s two biggest nationalistic films of recent years — The Founding of a Republic and The Founding of a Party and which has worked more recently with Endgame Entertainment on Looper and Marvel on Iron Man 3?

Every Hollywood studio wants to know, especially those who were served a letter of inquiry a few months back by the U.S. Securities and Exchange Commission asking that they make transparent their business dealings in China, and with Mr. Han’s China Film Group, with regard to the Foreign Corrupt Practices Act.

We’re gathering in Los Angeles on Tuesday to talk about the international and intercultural partnering possibilities of an industry that projects who we are as nations and as people. And we’re gathering at a sensitive time, just before the governments in both of our countries undergo transitions of leadership in two very different ways.

China wants movies of its own that will tell the world about the Chinese people and the Chinese dream, whatever that may turn out to be. I, for one, encourage this pursuit. Chinese movies that suffered the effects of strong censorship, just plain bored me and almost everybody I know, both Chinese and expat. Chinese movies that reflect independent voices made my life in China exciting and should be of interest to the whole world.