Does a New Biography Tell the Whole Story on Deng Xiaoping? 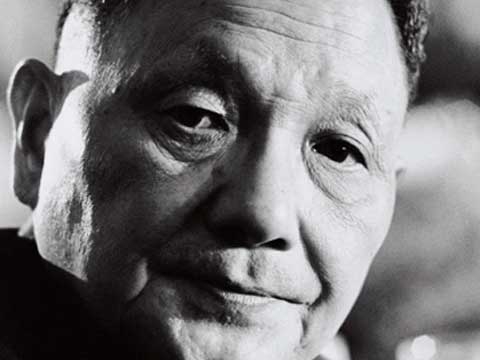 Deng Xiaoping once appraised the rule of his predecessor as China's paramount leader, Mao Zedong, as being "70 percent positive and 30 percent negative". How would Deng's own performance in office be assessed?  A new biography by the Harvard professor Ezra Vogel attempts to answer this question, through using (fortunately) more sophisticated tools than mere mathematical formulae.

(Vogel appears at Asia Society New York tonight, October 4, at 6:30 pm ET, in a program that will also be a live video webcast at AsiaSociety.org/Live.)

Entitled Deng Xiaoping and the Transformation of China, Vogel's biography provides the most exhaustive account yet of Deng's life, one whose length spanned nearly the entire 20th century. A fuller account of Deng's role in history was clearly needed. Despite being the key player in China's reform process, Deng remains a somewhat obscure figure to the broad global public, far less famous than the larger-than-life Mao Zedong.

Vogel's task, then, was to connect the life of the diminutive man to the modern China of skyscrapers, high-speed rail lines and ubiquitous Starbucks franchises. Does he succeed? Writing in the Harvard Magazine, Edward Steinfeld argues that "to know Deng Xiaoping, Vogel makes clear, is to know modern China". The China of 2011, in this view, is by and large the living manifestation of decisions Deng made decades earlier. Mao might have birthed a nation, but Deng's imprint has arguably been as great.

Yet is Vogel's version of Deng's role in modern China as complete as Steinfeld suggests? Christian Caryl isn't so certain. In a review published on Foreignpolicy.com, Caryl writes that Vogel gives comparatively little attention to the less savory parts of the leader's record. Scarcely a decade after Deng assumed power, he ordered the infamous 1989  crackdown on student protestors in Beijing's Tiananmen Square, an event that brought nearly universal condemnation to the Chinese government. According to Caryl, Vogel "bends so far backward to explain the party's logic on, say, the Tiananmen crackdown or Tibet that it sometimes becomes difficult to understand why anyone might possibly think differently." In this view, Deng's boldness in charting a new course for his country only goes so far.

Clearly, like his predecessor Deng Xiaoping's performance contained a mixture of the positive and negative, even if his hagiographic portrayal in Chinese textbooks suggest otherwise. In a way, assessing Deng's personal legacy provides an illustrative lens through which we can assess China's change over the past three decades. Did the crackdown in June 1989 define Deng's period in office, reinforcing China's commitment to authoritarian rule? Or was Tiananmen Square a footnote in a much broader story involving China's embrace of market economic reform? This debate — and Deng's role in it — is certain to persist well into the future.

Read an excerpt from Deng Xiaoping and the Transformation of China