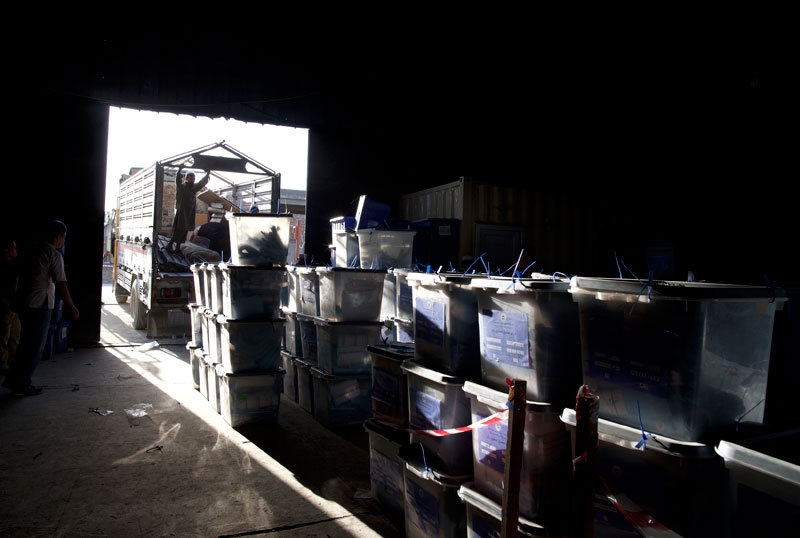 Afghanistan's President Hamid Karzai has canceled a trip to the UN General Assembly in New York in order to monitor the outcome of parliamentary polls at home.

Agencies reported that as Afghanistan faces an important election and political process, Karzai said it was too early to judge the outcome of the elections at this point.

However, as Afghans have been voting for two days, Afghanistan's Free and Fair Election Foundation, the leading election watchdog group, has accused the nation's warlords, powerbrokers, and Taliban insurgents on Monday of tarnishing the closely watched parliamentary elections by stuffing ballots, attacking polling places, and using fake voter cards.

The Christian Science Monitor reported that an estimated 4 million Afghans cast ballots Saturday to choose 249 lawmakers from a list of 2,500 candidates running for seats in the Wolesi Jirga, the lower house of parliament. In the safer cities of Afghanistan, voters turned out to cast ballots, while spot reports from unstable regions suggest intimidation and disillusionment kept many Afghans at home.

While elections officials hailed the turnout, it was the lowest for any election since US-backed forces forced the Taliban from power in 2001.

The US and its allies are hoping that elections will provide a boost for Karzai and the international effort to prevent the Taliban from seizing control of the country again. Asia Society's Executive Vice President Jamie Metzl said, "With the corruption of the Karzai regime at epic proportions, the Taliban's strength increasing, and Pakistan showing little sign of ending its support for the Afghan Taliban, there is little cause for optimism about the future of Afghanistan."