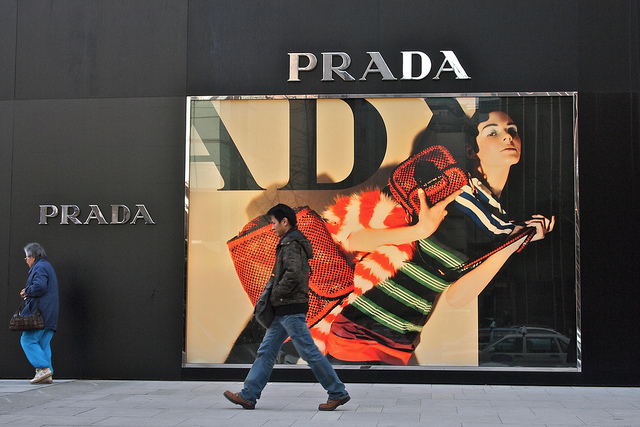 Following several years of sustained double-digit growth and seemingly unlimited demand among the country's newly wealthy, 2012 was, to say the least, a roller-coaster year in the Chinese luxury and art markets. Yet despite developments like the government-led crackdown on conspicuous consumption among officials — a development only hastened in the wake of the Bo Xilai scandal — as well as a shakeout in the Chinese e-commerce market, and more luxury purchases being made overseas, 2012 was less a clean break from in 2011 and more an intensification of its macro-level trends.

However, this doesn't mean 2012 was simply a natural continuation of 2011. Despite strong marketing pushes and more brick-and-mortar expansion into China this year, many brands saw more restrained buying among mainland Chinese consumers than in years past, indicating that economic fluctuations and slower economic growth in China could indeed be crimping demand for certain products. At the same time, more scrutiny on government officials' buying and gift-giving habits hit some brands harder than others, with a handful of watchmakers and even high-end baijiu brands seeing a dip in sales in the second half of the year.

Still, despite an overall more challenging year, most luxury brands remain optimistic about China, and for good reason. As the Wall Street Journal recently noted, Prada sales in China leapt 33 percent year-on-year in the third quarter of the year, with the brand also attributing a 54 percent year-on-year increase in its Europe sales to Chinese tourists. Even at the end of this summer, as some brands showed a steep decline in sales, others such as Hermès and L’Oreal, and luxury groups LVMH Moët Hennessy and PPR, boasted double-digit growth that defied observer fears of a sharp China drop-off. With prices for luxury goods still far cheaper overseas than in the Mainland owing to high luxury taxes, outbound Chinese tourists also continue to make their presence strongly felt at luxury boutiques in Europe and North America. According to the U.S. Travel Association, Chinese visitors spend around $6,000 each on trips to the United States, compared to the average $4,000 spent by travelers from all other countries. During this year's London Olympic Games, Chinese tourists outspent all other individual travelers, dropping an average of £203.04 ($316.36) per purchase. Since 2010, the number of Chinese visitors to Paris has risen 63 percent, making them the fastest-growing single group.

As in 2011, much of the action in the Greater China art world was seen in Hong Kong, where Sotheby's opened a large new multi-use space this past April and China Guardian raised an impressive HK$354 million (US$45.7 million) in its inaugural sale in the city this fall. Though Beijing announced plans to build a freeport designed to make the Chinese capital a regional arts powerhouse, at the moment Hong Kong remains the auction epicenter of Asia, and we expect this will remain unchanged in 2013.

From my perspective, the complexities of the China luxury and art markets in 2012, and what they mean for 2013, can be partly illustrated by these five trends:

1. Conspicuous Consumption May Be Down Now, But Look For an Uptick In 2013

A much-publicized crackdown by the central government in Beijing, and recent announcements forbidding lavish ceremonies and celebrations may be spooking China's top baijiu makers and major luxury brands that now rely on China sales, but we don't expect austerity to become the name of the game among China's wealthy next year. While the ongoing anti-corruption drive could dent luxury segments most often used for gift-giving purposes, one thing to keep in mind is that China is large, diverse, populous, and has a rising middle class that wants (often very conspicuous) “starter” high-end brands. In the year ahead, look for the inland middle-class, second-tier entrepreneurs, the stereotypical "coal bosses" and other emerging luxury buyers within China to remain conspicuous in their consumption — perhaps not hot-pink-Ferrari conspicuous, but certainly Dior-handbag conspicuous. Also, don't expect powerful, wealthy demographics in power centers like Beijing to stop buying luxury goods in 2013 after years of doing so. They'll just change their behavior in other ways.

Though newly wealthy shoppers in second-, third- and fourth-tier cities may just be buying their first Louis Vuitton wallet in 2013, greater scrutiny among co-workers or superiors will continue to drive more consumers in top-tier cities like Beijing towards boutique or more obscure luxury brands. We expect this to be particularly true in the luxury watch and handbag markets. Signs are there, not just in China but around the world, that China's more savvy shoppers are going niche in rising numbers. Though the vast majority of outbound Chinese tourist-shoppers — whether seen in Tsim Sha Tsui or the Champs-Élysées — continue to line up outside Chanel, Gucci or Louis Vuitton, less logo-driven (yet still venerated) watchmakers like Breguet, heritage American shoemakers like Allen Edmonds, and top suitmakers on Savile Row are all welcoming more mainland Chinese customers.

The complexity of the Chinese auto market in 2012 is difficult to summarize, with Japanese brands taking a nose-dive following the flare-up of a long-simmering territorial spat with China, German automakers seeing muted rises in sales compared to the last several years, Jaguar Land Rover having one of its best years ever in China, and U.S. brands like Cadillac catching on with a younger luxury consumer class via savvy use of social media. Though we expect German brands Audi, BMW and Mercedes-Benz to continue to rule the high-end of the market in 2013, greater competition from their American and British counterparts, and the aforementioned greater scrutiny regarding government luxury purchases, could make the year ahead more difficult for perennial leaders like Audi in particular.

If China's luxury market as a whole became more complicated this year, its nascent luxury e-commerce market became even more so. Following a raft of investment and new entrants to the nebulous market in 2011, competition became far greater over the course of a turbulent 2012, with American and European heavyweights such as Macy’s, Neiman Marcus and Net-A-Porter hitting the market with full-price, O2O models for China and teaming up with Chinese luxury sites including VIPStore’s Omei, Glamour Sales, and Shouke. At the same time, individual brands like Coach, Zara, and J. Crew (in partnership with Lane Crawford) expanded into the China e-commerce market.

To compete, Chinese e-tailers spent the better part of the year prioritizing exclusive brand partnerships, with Shangpin collaborating with the likes of Sergio Rossi, M Missoni, Diane Von Furstenberg and Stuart Weitzman as well as more niche American labels like Cynthia Rowley, Laundry by Shelli Segal, Charlie Jade, Tracy Reese and label Milly. Chinese consumers themselves are also far more discriminating and demanding of perks — whether that means free shipping, liberal return policies, or hard-to-get exclusives — and they know they can get them.

Despite all this, it remains to be seen how long it will take for China's luxury e-commerce market to truly hit its stride, and for leaders to consolidate their position. In 2013, we expect to see quite a few casualties, particularly among domestic Chinese e-tailers, and expect full-price O2O models to show the greatest potential, particularly in top-tier cities. Inland, discounts will remain a top priority for middle-class consumers, and as such, the "Wild West" atmosphere of the Chinese luxury e-tail market will likely stay intact.

China's wine market also showed signs of continued maturation in 2013, as well as signs of overcapacity. This was particularly apparent at the high end of the market, which is as dominated by French winemakers as China's auto market is by German carmakers. While cashed-up wine newbies continued to home in on Bordeaux, the more educated buyer diversified his or her portfolio this year by investing even more in Burgundy, a development that hasn't pleased everybody. In the wake of the Bordeaux boom and (muted) bust of 2010-2011, which saw prices for the likes of Château Lafite hit new highs owing to skyrocketing Chinese demand, some producers in Burgundy worry that too great an emphasis on the China market could ultimately hurt their prospects in traditional markets. (And hurt them as well if Chinese interest wanes and prices drop.)

As Burgundy specialist Laurent Gotti recently told Le Parisien, “After having made the market price of certain Bordeaux explode in an irrational manner, [Chinese buyers are] now logically interested in Burgundy and its niche wines…They want everything that is the most expensive and are prepared to fork out incredible sums.” Accounting for only three percent of total French wine production and experiencing lower harvest volumes in recent years, Burgundy wines may grow even more pricey, a problem for bargain hunters not just in China, but worldwide.

Avery Booker is the editor of Jing Daily, a leading bilingual digital publication focusing on the business of luxury and culture in China.
@averybooker