5 Things You Should Know About Asia's Millionaires 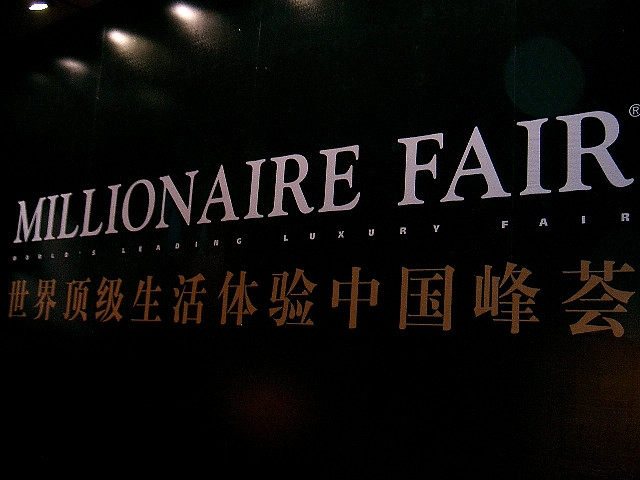 North American millionaires, you're no longer at the top of the heap. According to a report issued last week by Capgemini consultancy and RBC Wealth Management, the Asia-Pacific region now has, for the first time ever, more individuals with more than $1 million in investable assets than North America. As the report points out, last year North America's millionaires dropped 1.1 percent to 3.35 million households, while Asia's increased 1.6 percent to 3.7 million.

Given comparatively strong growth in its economy last year, China led the pack with 562,400 millionaires, an increase of 5.2 percent over 2010. And despite broader economic malaise worsened by last year's tsunami, Japan saw a 4.8 percent increase. The findings weren't so rosy for everybody in Asia — India and Hong Kong saw a nearly 20 percent decrease in millionaires last year — but emerging regional players like Thailand, Malaysia and Indonesia saw gains in the newly minted.

Though North America remains the world's wealthiest region overall, with investable assets of $11.4 trillion, compared to $10.7 trillion in the Asia-Pacific region, the report reflects the broader eastward shift in the balance of economic power that has become increasingly apparent in the face of economic uncertainty in North America and Europe. As all the headline-grabbing news and stories of wealthy Asian buyers “snapping up” property, high-end cars and distressed companies around the world would indicate, this is clearly an important development. What should we know about Asia's millionaires?

1. They're great news for luxury brands, but no longer a slam dunk

Since the dog days of the global economic crisis, Asia has emerged as one of the only bright spots for major luxury brands. While the glimmer has dimmed somewhat in Japan and South Korea since their spending frenzies in the 1980s and '90s, China in particular has become a critical market for most of the world's top high-end brands since 2009. According to McKinsey & Co. projections, China remains on track to hit luxury sales of $27 billion by 2015, becoming in the process the world's top luxury market.

In the face of an otherwise stagnant European market, leading luxury groups like LVMH, Richemont and PPR rely on spending from the growing influx of wealthy Asian tourists, regularly outspend Russian, American and European shoppers. But China and its consumers aren’t the only growth story for luxury brands operating in a still-buoyant Asia. Brands are also eagerly eyeing “blank slate” markets like Vietnam, Indonesia and India, with luxury groups like LVMH recently making tentative moves into places like Ho Chi Minh City, Phnom Penh and Jakarta.

At the same time, consumers in Japan and South Korea have, according to other recent surveys, remained highly “luxury friendly,” with shoppers in both countries continuing to spend on high-end items, yet being more discerning and demanding than in years past. This shift indicates the key insight about Asia's wealthy shoppers and their relationship with high-end goods: their role as ever-changing markers of status.

2. They're traveling, and venturing further afield

Whether going abroad for business or pleasure, Asia's millionaires are traveling further afield and looking for new activities, providing opportunity for destinations offering “experiences” rather than the stereotypical guided sightseeing tour. Though newly wealthy travelers making their first overseas jaunt will probably stick to the shopping spree in New York or Paris, more seasoned tourists are spending more on individualized experiences, whether they be Hawaiian helicopter tours, art education courses in London or African safaris.

Following in the footsteps of the veteran Japanese, South Korean, Taiwanese and Singaporean travelers who preceded them, mainland Chinese millionaires in particular now are looking for travel experiences that are personalized and — perhaps more importantly — private, while Indian tourists are becoming known for spending lavishly on destination weddings.

Reflecting the diversity of the region, however, they're doing it for different reasons. While some Japanese investors remain skittish a year after the country's disastrous earthquake and tsunami and look to invest in a second property abroad, wealthy buyers from crowded markets like Hong Kong and Singapore often invest in Australian or American property to get more bang for their buck, size- and value-wise. Those from mainland China tend to be highly pragmatic, looking to buy property to be closer to children studying abroad or to take advantage of low interest rates and a comparatively stable and receptive market.

For others, property abroad represents a safe harbor for their money amid political or economic volatility at home. As Singaporean businessman Stephen Low recently told The Wall Street Journal, "I believe there is a strong desire among Asian high-net-worth individuals to allocate, say, 10 percent to 25 percent of their wealth to U.S. assets,” adding, “Asians have a high propensity and love for acquiring good quality real estate." Still, realtors note that wealthy property buyers from Asia now display greater discretion, and drive a harder bargain, than commonly seen during Japan's overseas property-buying spree of the 1980s.

4. They're reshaping the global auction market, but not always following global trends

A fixation on investing in relatively stable investments, whether at home or abroad, extends to the auction buying and collecting habits of many Asian millionaires. In the four years since Hong Kong abolished import duties on wine, for instance, aspiring wine aficionados, investors and, in some cases, speculators have rushed in, making the city the world's top wine auction market.

The speed and intensity with which Asia's wealthy bidders have entered the market, though, has had global effects, causing concerns about price fluctuations for popular wines like Chateau Lafite, and more recently Domaine de la Romanée-Conti. But, as with the luxury market, Asian collectors have rapidly become more selective at auction, focusing more intently on older wines and those of exceptional provenance.

Beyond wine, the buying habits of mainland Chinese, Indonesian and Taiwanese collectors in segments like modern and contemporary Asian art, antiques, jewelry and rare watches indicate that regional collectors march largely to the beat of their own drummer, causing the prices for some artists unknown in the West, such as China's Zhang Daqian and Qi Baishi, to skyrocket. At the same time, only a handful of new Asian collectors have moved into the Western art market, a segment that attracted many prestige-minded Japanese collectors in the 1980s.

5. They're as different as Asia is large

Perhaps the most important aspect to keep in mind about Asia's millionaires is that they, like the vast and diverse Asia-Pacific region itself, are almost impossible to decisively pin down as a single demographic. With countries in very different stages of economic development and of very different political and cultural backgrounds, generalizations and predications are a risky proposition. Yet what’s clear is that the growing number of millionaires in the Asia-Pacific region is significant on a global level, and not simply because they represent the global shift of wealth and, increasingly, geopolitical weight eastward.

As their numbers rise, what Asia’s millionaires do, where they travel, and what they choose to buy will exert an increasing influence in the marketplace, not only on private jet and yacht sales but on the price of everything from gasoline to your favorite wine and the property in your neighborhood.

Avery Booker is the editor of Jing Daily, a leading bilingual digital publication focusing on the business of luxury and culture in China.
@averybooker