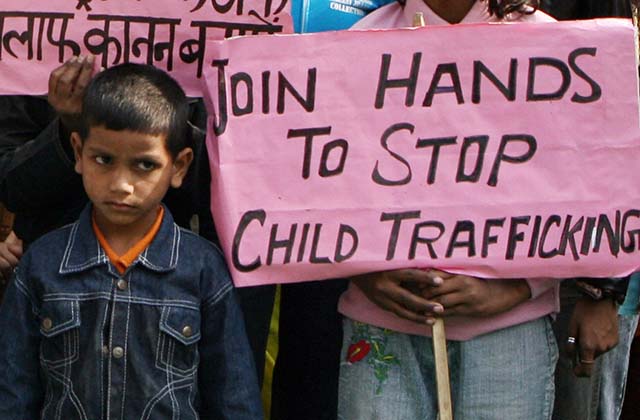 An Indian child attends a protest in New Delhi on the Global Day against Child Trafficking. (Raveendran/AFP/Getty)

Today, there are more people living in slavery around the world than at any other time in human history. But the enduring image of slavery that involves chains, shackles, and whips belies the subtler psychological restraints that are far more commonly used today to hold people captive. This may be diminishing the public's recognition of the crisis. Nowhere is the situation more dire than in Asia, where tens of millions toil in brothels, fishing boats, sweat shops, and other exploitative situations against their will with little hope of escape.

In this episode of the Asia Abridged podcast, human trafficking expert Matt Friedman, who has worked with governments, the United Nations, and NGOs on anti-trafficking, programs describes the ways in which people are lured into slavery throughout Asia — and what can be done about it.