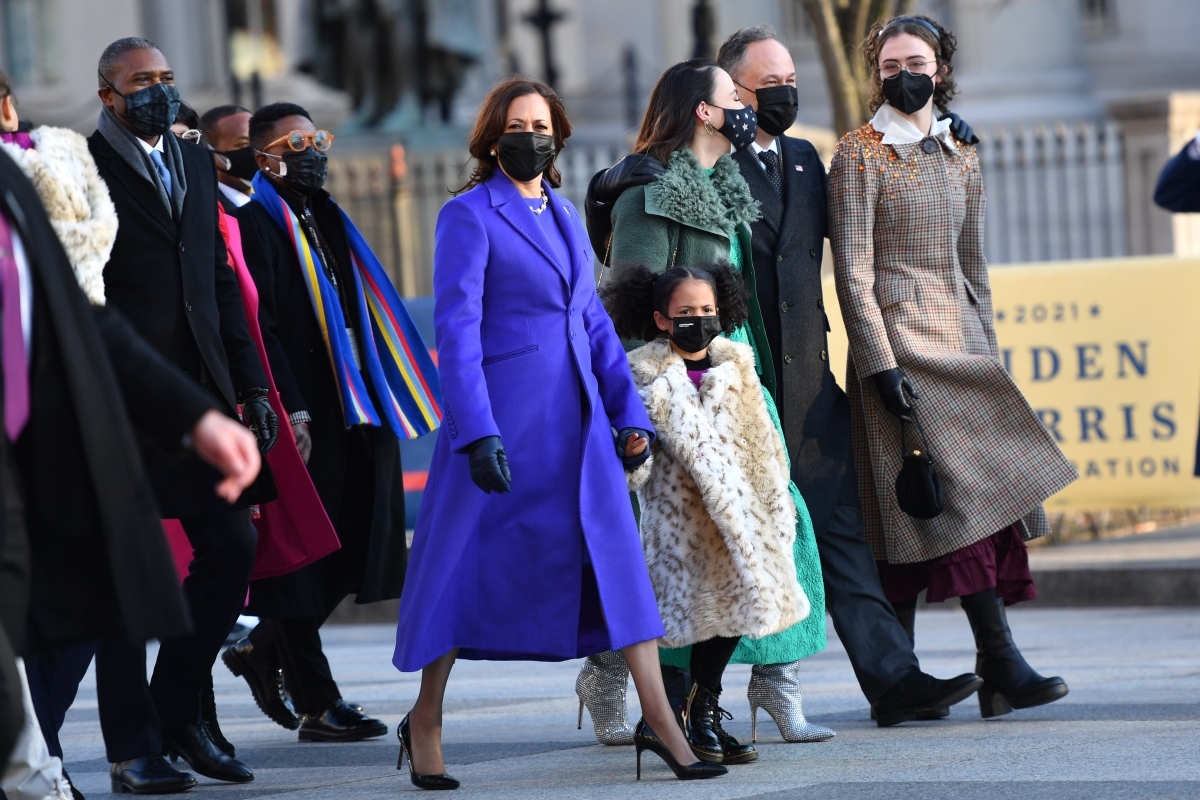 Vishakha Desai will appear with Gloria Steinem, Ruchira Gupta, Julie Taymor, and other special guests for a program highlighting the role of women at the center of change throughout history. The program will begin Monday, January 25 at 6:30 p.m. New York time.Learn more

As I watched the horrific events of January 6 unfold in Washington, D.C, my heart sank. It was disheartening, if not totally unexpected, to witness the end of the Trump era consist of domestic terrorists storming the Capitol building while brandishing Confederate flags and wearing MAGA hats. The attack felt like a life-threatening assault on the values that have attracted millions of people from all over the world, myself included, to the United States.

But eventually, it dawned on me that January 6 wasn’t the beginning of something new. It was, rather, the last gasp of disgruntled people desperate to hold on to a world about to be irrevocably transformed. The best symbol of that change, and of the American values that many of us cherish, is the new vice president: Kamala Harris. A woman of color (both Black and brown), the daughter of immigrants from India and Jamaica, and wife to a white Jewish man, Harris represents another side of America: one that takes pride in diversity as a central tenet of American life. If the story of our new vice president represents the dawn of a new multi-cultural majority in the United States, it can also serve as the beacon for a new kind of global belonging that is desperately needed now.

The perils of the pandemic have made it clear that no person or nation is an island: We must see our independence in relation to our interdependence. Doing this requires recognizing the reality of our diversity while cherishing what we have in common. Kamala Harris has said that she learned to be equally comfortable with temple-going, sari-wearing aunties in South India and her African American sorority sisters at Howard University because of the values her mother taught her at the height of the civil rights era. She learned to respect differences among her larger group of family and friends through their common humanity. Embedded in her experience, which is shared by millions of others, is a sense of mutual responsibility — a value that we must nurture in an age of easy viral transmissions, instant communication, and global threats like climate change. Learning to navigate local conditions, national priorities, and global considerations simultaneously is now an urgent necessity.

The perils of the pandemic have made it clear that no person or nation is an island: We must see our independence in relation to our interdependence.

The United States – a home to people from around the world — should be on the forefront of creating this new kind of interdependent belonging, one that looks at national concerns in relation to rather than in opposition to global considerations. However, the strain that sees anything “global” as antithetical to “national” runs deep in the country’s blood. It became a predominant theme in the rhetoric of former President Donald Trump, who declared repeatedly that only those who support "America First" — the nationalists, as opposed to globalists — are true patriots. This exclusionary attitude was plainly visible at the insurrection on Capitol Hill. But it isn't just Trump: Opposition to globalism — coming from a different perspective — has also gained currency on the left, driven by inequities caused by globalization. Recasting global interdependence in positive terms — as not antithetical to but in relation to our local and national interests — will be a tremendous challenge. The biography of our new vice president, and the stories of millions of others who learn to navigate the journey of multi-rooted belongings, provides a path to create a new kind of relational global belonging.

This concept of mutuality and expansive belonging was first articulated some three thousand years ago in an ancient Indian Vedic text: Treat the World as Family. It can serve as a guide in our current context. All humans instinctively understand what it means to be a member of a family. In a healthy family, each person learns to be independent through the strength of the collective. We learn to let go of grudges for the sake of the unity of the larger group, and we learn to come to each other’s aid in the times of need. We learn to accept differences and expand our sense of belonging. Conversely, when families are dysfunctional, the emotional dissonances hurt not only individuals but the whole collective enterprise.

We have learned through the coronavirus crisis that our global family of almost eight billion people is deeply wounded and in need of repair. We have also learned, as the secretary general of the United Nations has remarked, none of us can be healthy unless every one of us is healthy.

These are dark and difficult days for America, and the Biden-Harris administration will have its hands full in steadying the domestic ship. But they don’t have the luxury of focusing only on national issues at the expense of the global priorities. In fact, as exemplified in Harris' story, they have a unique opportunity to pave the way in making our global family more functional and whole again. The survival of our planet depends on it.

Vishakha Desai is President Emerita, Asia Society, and is Senior Advisor for Global Affairs to the President of Columbia University.