Afghanistan in 2014: Three Young Afghans Look Ahead to a Game-Changing Year 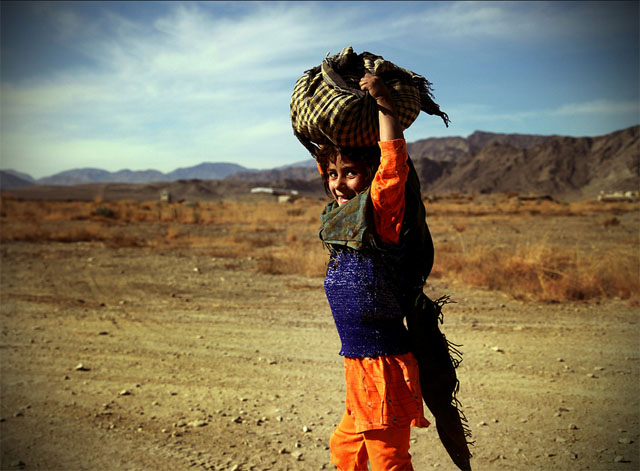 This week in Kabul, Asia Society brings together 2013's class of Afghanistan 21 fellows to discuss solutions to the most pressing issues facing the country. Afghanistan 21 is part of Asia Society's broader network of young leaders in the Asia Pacific known as Asia 21.

Asia Blog took the opportunity to touch base with some former Afghanistan 21 fellows to learn how they're viewing the withdrawal of U.S. troops in 2014 and the coming of a new president, as well as what they've been doing since their time as fellows.

The countdown to Afghanistan’s elections have begun with less than 180 days to election day. The critical foundations have been laid, but there are still concerns about security in remote polling centers and potential for fraud.

The international community can play a key role in minimizing the level of fraud if international observers from the U.N., E.U. and other international organizations monitor the process. We should also see millions of first time voters who represent a new sector of society, namely: a generation seeking continuity. There are more youth in the leadership of the Afghan government as well as the private sector in Afghanistan. They represent a new perspective and are the prime guardians of the achievements made in the last decade.

But young leaders need a certain guidance and protection when it comes to leading essential changes in the country. They will face resistance from traditional ethnic leaders who have hijacked ethnic groups for, largely, their personal interests. We in Asia Society’s Afghanistan’s Young Leaders Initiative (AYLI) are trying to influence policies and lobby for a positive change through a collective approach as a counter-narrative to the country’s traditional way of politics.

2014 is being seen both as a challenge and an opportunity. A successful 2014 presidential election is the only option for a better future. But holding elections in a transparent and fair way is a challenge. Improving security, having a strong Afghan-U.S. Security Strategic Partnership, political consensus and confidence-building are all essential for a successful election and post-election process. These are the only enablers that can create hope and confidence in the Afghan public that Afghanistan will be able to catch up with the rest of the world.

Having a decade of transformation from 2014 to 2024 will be difficult, but not impossible for Afghanistan. The key challenges for the young leaders entering the new age in Afghanistan are: the loss of hope, unemployment, and continuation of an illegitimate, corrupt, and dysfunctional state. Despite all of these challenges, the new generation is positive, committed, and responsible. In the past 12 years there has been a shift to a new generation of technocrats and leaders as well as reformists and activists. This new generation believes in peace, democracy and human rights, but can only succeed if they participate in the elections and join in the new administration’s cabinet.

Youth and civil society activist who has represented Afghanistan in many global events, Afghanistan 21 Class of 2011

As Any Afghan citizen I am anxious to see how Afghanistan will shape its political structure beyond 2014. But I'm optimistic that young people making up 68 percent of the population will play a role in shaping the future of Afghanistan by voting for a leader who will take Afghanistan to the next level. The past 10 years have been spent on policy development, so I hope that the new president will take the lead on the implementation of laws that govern the country.

The number of educated youth has increased, and young people are involved in social media, music, and cultural exchange. In addition, young people are proving that they are change agents and open to new things to learn and adopt to create positive change in Afghanistan. But this same group of young people is seeing limited job opportunities, which is a major challenge to progress. Since Afghanistan’s economy is donor dependent, many young people are jobless and depressed. This makes the country's political situation fragile and susceptible to destabilization from both external and internal factors. If people have a stable income and are able to feed their families they may decide to live peaceful lives and resist joining armed groups.