NEW YORK, September 24, 2013 — Afghanistan Foreign Minister Dr. Zalmai Rassoul declined to officially declare his candidacy for his country's 2014 presidential election Tuesday night at Asia Society in New York, but he did stress how critical the April 5 vote would be for the future of Afghan democracy.

"It is the first time in our history that a transition of power will go from one elected president to another," Rassoul told the packed house. "And that is crucial because if we succeed to have an election on which the result is accepted by the majority of the Afghan people, I firmly believe that the democratic process will be rooted in the Afghan society forever."

Rassoul, Afghanistan's Foreign Minister since 2010, is the country's former National Security Advisor. He is rumored to be planning a run for president, and is already considered by some to be the front-runner. He said if fears of a fraudulent election come true, it would be a "disaster for the future of Afghanistan."

"No Afghan has an interest to have an election which will divide Afghanistan," he continued. "So everything that we should do — the government, the civil society, the media, and our friends around the world — (should) encourage us and help us to organize a credible election, (and) finally the will of the Afghan people will be reflected in the government."

An audience member asked what role the Taliban might play in the new government.

"The peace process is based on allowing and discussing with those Taliban who want to stop fighting and enter the Afghan society," Rassoul said. "The red line for us is the Afghan constitution. If tomorrow Mullah (Mohammed) Omar is a candidate for the presidential election in Afghanistan and he wins over 51 percent, he is going to be the president."

But to do this, the Taliban would need to "enter the peace process," which Rassoul acknowledged included giving up arms. And to be eligible for the 2014 election, this move would have to take place before the October 6 candidacy deadline.

Rassoul spoke with pride about Afghanistan's youth, which he said will be the first generation in decades to emerge from war. NATO's mission in Afghanistan comes to an end in 2014, although recent reports suggest non-combat troops from the United States and the United Kingdom may maintain a military presence in the country beyond 2014. The U.S.-led war in Afghanistan began in 2001.

As much as 65 percent of the Afghan population is under the age of 25, and the Afghanistan they know is very different from the one their parents grew up in. Rassoul felt "hope" in how far the country had come in the past 12 years, from what he called "ground zero."

"They have access to the internet, to the Facebook, Twitter," Rassoul said. "They have 36 channels of television that they're watching every night. They have access to a very free media. This is a very important social force for the future of Afghanistan. We are going to build Afghanistan with these youngsters, not the old one."

Women's rights were also a hot topic during the discussion, with some in the audience fearing progress made may begin to deteriorate once NATO forces leave the country, perhaps allowing Taliban-era oppression to reemerge.

Rassoul said the Afghan constitution assured equal rights for women and that the government was "fully committed" to women's rights.

But what's to prevent the old ways of the Taliban from coming back?

"The Afghan people, first, and then Afghan security (forces)," Rassoul said. "Today we have over 350,000 armed forces, extremely well trained. You know the Afghans are very good for fighting, so you don't need to train them too much how to fight."

Rassoul said more than 90 percent of Afghanistan is protected by the national army and police, and that NATO was only playing a "supporting role." Hockenberry countered with the fact that NATO provides air cover, and that would disappear after 2014.

"I think we are going to have, before the end of 2014, enough air force to replace it," Rassoul said. "With the help of the United States, of course." 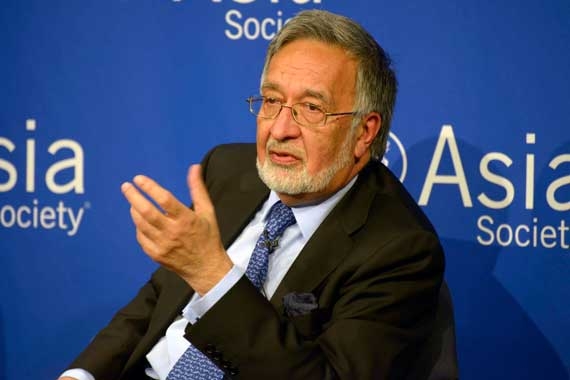 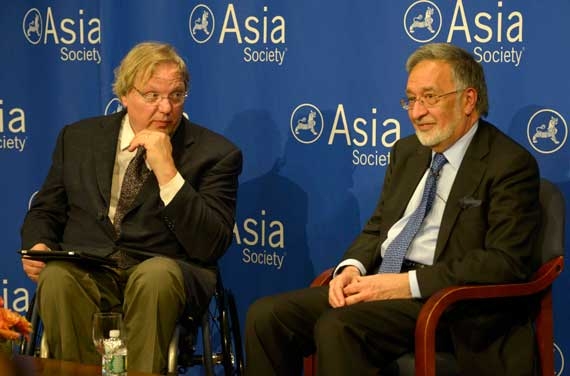