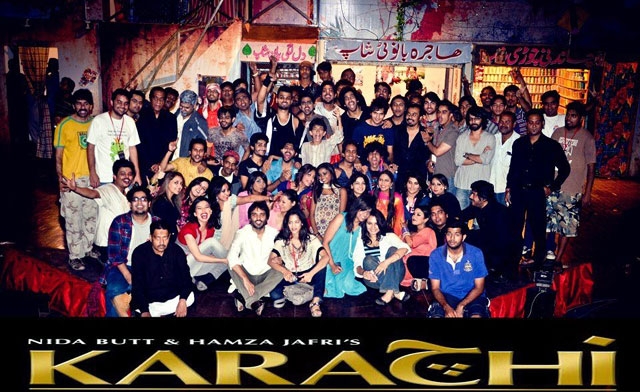 In a year when news like the killing of Osama Bin Laden and the perpetually fraying state of U.S.-Pakistani relations dominated headlines, the following are five cultural programs from Pakistan that you might not have heard of in 2011.

After the overwhelming success of Khuda Ke Liye in 2007, filmmaker Shoaib Mansoor presented audiences with Bol, a gripping drama that deals with the domestic lives of a conservative patriarchal family of 10 based in Lahore. Touching on a variety of social issues such as gender inequality, human rights and religious intolerance, Bol provided social commentary through storytelling. Coupled with a robust soundtrack and striking cinematography, Bol reflects a recent revival of art cinema in Pakistan, and is a promising sign of good things to come. The film broke all previously held box office records to become the highest-earning film in Pakistan of all time.

Having completed its fourth season, Coke Studio is a television show that touches on Pakistan’s rich and diverse cultural heritage. Produced by musical genius Rohail Hyatt, Coke Studio rests on a simple concept: musical innovation. Over the past season, audiences were treated to performances from up and coming singers like Bilal Khan and Zoe Viccaji in addition to such music industry veterans as Ataullah Khan Esakhelvi and Sajjad Ali. Coming together to inject new soul into classic numbers or performing entirely new compositions, these singers collaborated with a world-class band who are masters in mixing genres and making music that is fresh, catchy and often times incredibly heart-rending.

Over the past five years, Nida Butt, a lawyer by profession, has single-handedly worked to revive the Karachi theater community, and her previous local adaptations of Chicago and Mamma Mia were hailed as overwhelming successes. This year, Nida brought us Karachi: The Musical, Pakistan's first musical with an original soundtrack, screenplay and choreography, complete with a live orchestra and onstage singing. Set in Lyari, a part of Karachi known primarily for sectarian violence, Karachi: The Musical is the story of a young man's dream of boxing stardom. A strong narrative laced with just the right amount of satire, Karachi: The Musical took audiences by storm, and enjoyed a three-week run at the box office.

Folk singers and poets gathered in the historic gardens of old Lahore to pay tribute to Waris Shah's classic 1766 love story Heer Ranjha. The event featured a popular folk singer from Cholistan, Krishan Lal Bheel, who sang in a variety of regional languages and entertained the audience with his colorful clothes and speeches about the mystic qualities of Sufi music. A 25-man Punjabi dhol ensemble accompanied the folk singers on stage, and audiences ranged from local residents to Sufi music enthusiasts from all over Lahore who had gathered to celebrate the continuing relevance of Sufi thought and music in contemporary culture.

The second annual Karachi Literature Festival brought together over 90 authors, literary critics and analysts in a two-day event. Attended by close to 10,000 people, the festival also featured international artists from the United Kingdom, United States, India, Germany and France. Events included panel discussions, book launches, dance performances and creative writing workshops geared towards the youth. The festival ended with a tribute to poet Faiz Ahmed Faiz in celebration of his 100th birthday that featured firsthand accounts of time spent with the renowned artist, recitals of his poems and a lively discussion of his work.

Sharmeen Obaid-Chinoy is an Oscar and Emmy winning journalist and filmmaker from Pakistan. She is an Asia Society Asia 21 Fellow.
@sharmeenochinoy