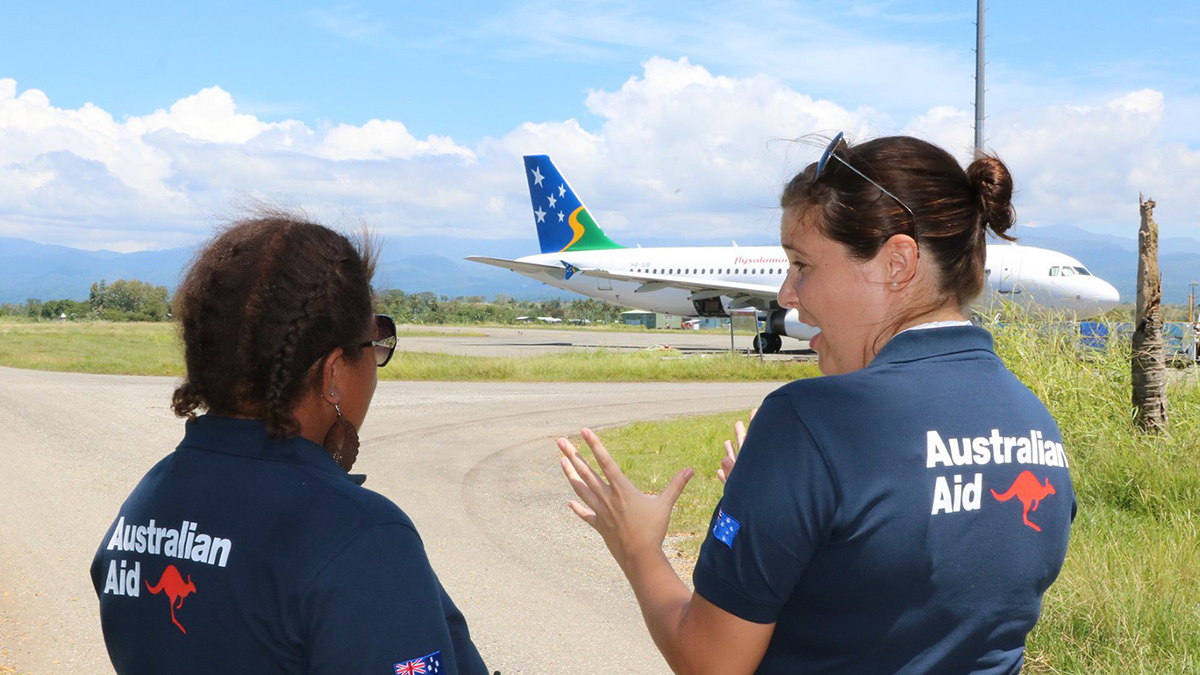 The COVID-19 pandemic sent almost 100 million people globally into extreme poverty in 2020 alone. Eighty million are in the Indo-Pacific. At the same time, rates of inequality are increasing, particularly in middle-income countries across the Indo-Pacific. At first, the Pacific remained protected as its economies and livelihoods absorbed the blow of border closures. But that time has run out. For many low- and middle-income countries, the pandemic is just getting started. For Southeast Asia, despite relatively robust signs of early economic recovery, significant middle-income traps loom. And for the poorest countries, poverty rates are likely to worsen. Post-election, an incoming government will be greeted by a development portfolio experiencing a resurgence of relevance with like-minded partners. But it’s also a portfolio poised for a much needed refresh. As regional challenges operate at the intersection of security, the environment, economics and technology, classic development challenges of health, poverty, equality and education continue.

The current Government’s leadership on development is most visible through two prisms: increased political engagement with the Pacific led by the Prime Minister, and a welcomed refocus on Southeast Asia over the past two years. The Government argues that its pandemic response has been swift, generous and successful. It launched a COVID-19-specific ‘Partnerships for Recovery’ development policy under which vaccines, health teams, direct budget support and PPE were deployed into the region alongside existing development projects. The policy unlocked temporary increases of the official development budget and other complementary measures such as loans and infrastructure support for both the Pacific and Southeast Asia.[1]

Critics of the government focus on its official development assistance expenditure, arguing that the budget increases started from an already inadequate development budget base and were not commensurate to the scale of the challenge facing the region. They argue that even when accounting for additional “temporary” COVID-19 official development assistance, Australia’s current development budget is only 0.2% of GNI, amongst the least generous of all OECD donors' expenditure. The March budget revealed that this would only decrease in coming years.

Labor has committed to “rebuild Australia’s international development program” and increase assistance to internationally-accepted levels of at least 0.5% of GNI, starting from its first budget. Labor will use the globally recognised Sustainable Development Goals as a blueprint for development, focusing on accountability, transparency, and program effectiveness.

The adequacy of Australian support to the region’s recovery and resilience ought be measured against: the scale of health, social and economic crises and its severe impacts on the region if human development indicators spiral downwards; the implications for Australia and Australians of those impacts; and whether our developmental architecture, policy and delivery capability can be relied upon for the next wave of challenges.

On these measures, neither party has shown a strong indication of long-term analysis or planning. An incoming government faces a strategic choice on development: Will government increase the priority of long term regional resilience through its development program? Or will the program snap back to pre-pandemic routines? The answer will likely come down to how each party judges the development, diplomatic and security rewards derived from development investments.

[1] The Government conceives of its development footprint as a combination of (1) baseline official development assistance that hovers just above $4b, (2) temporary additional assistance for COVID-19 of approx. $460m in 2022-23, and (3) a range of complementary measures which contribute to regional development but which are not administered or accounted for in internationally agreed development financing terms (for example, cable support to Timor Leste and Palau, defence cooperation and loans made outside of the official development program).  Whether analysts include this third category of expenditure in development program calculations drastically alters the perceived size and scale of Australian support, but most have been hesitant to do so given this is not the international norm.

Bridi Rice is Founder & CEO of the Development Intelligence Lab and Visitor at RegNet, Australian National University's College of Asia and the Pacific.