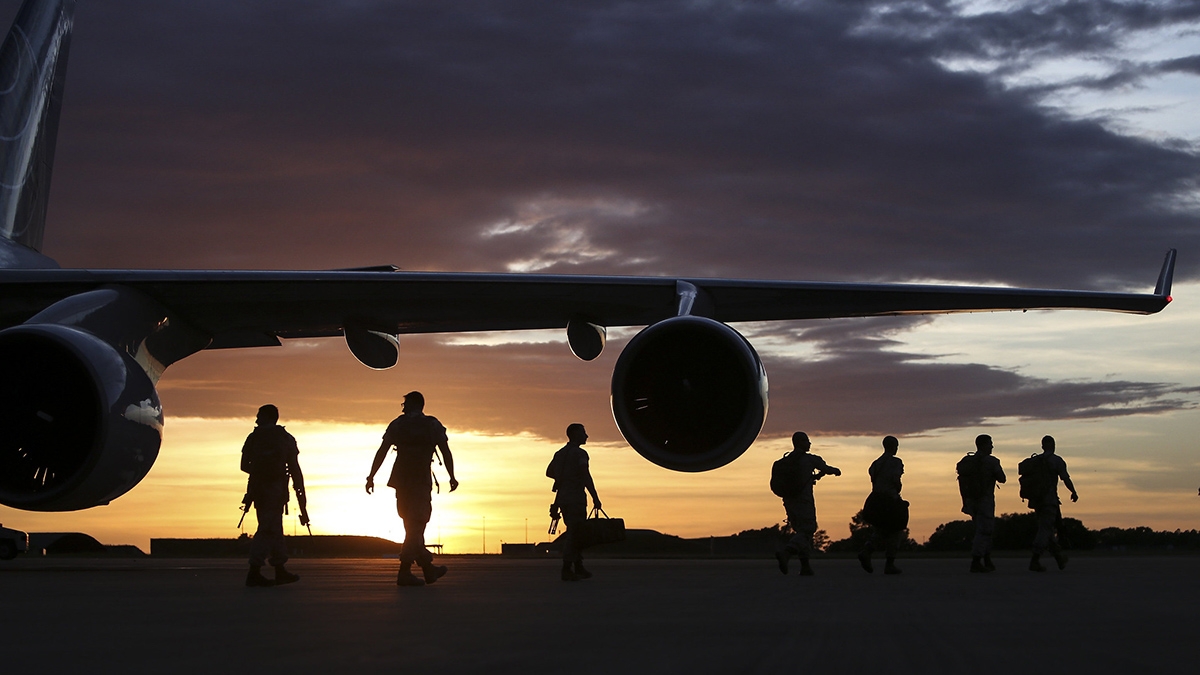 The anticipated “khaki” election campaign from the Coalition has so far been overshadowed by the Solomon Island government’s decision to enter into a security arrangement with China.

The Coalition wants to refocus the narrative back to its “record” Defence spending and “historic” initiatives to strengthen alliances and partnerships. But significant questions remain on the nation’s Defence preparedness, including major capability acquisition programs that are almost all delayed and over budget.

Whichever party finds itself in government will face the immensely difficult challenge of reconciling the likely need for Australia to increase defence spending even further at a time of global economic uncertainty, competing social policy needs, and a federal budget deep in deficit.

The 2020 Defence Strategic Update articulated the case for a stronger Australia defence posture to supplement the US position in the Indo-Pacific. The 2021 AUKUS announcement added significant weight to this policy not seen since the ANZUS Treaty. While this overall policy approach is supported by the opposition, Labor likely will deliver a new Defence White Paper and has pledged a Force Posture Review if elected (unlike the Coalition).

The Coalition has been muscular in its rhetoric, with announcements to increase personnel numbers, advance missile programs, expand Navy shipbuilding programs, develop a Defence Space program, build autonomous platforms (including submarines), and invest in emerging technologies. The Minister for Defence, Peter Dutton, has backed this up with tough talk around China, including an Anzac Day address comparing the Gallipoli campaign and the rising dictatorships of the 1930s to the current “arc of authoritarianism”.

The Coalition’s main attack point has been around Defence spending, which fell to 1.58 percent of GDP – the lowest amount since 1938 – under Labor. The Coalition has lifted spending to two percent and Labor’s support for this has taken some of the sting out of the political point scoring.

Labor has focused on the capability gaps that Australia will face (and therefore our ability to support allies and partners) – most major new Defence capabilities are still almost a decade away, with the first of the nuclear-propelled submarines unlikely to be ready until about 2040.

Labor has pledged to boost defence capability and “deliver a frank assessment of our capabilities and pipeline on arrival in government”. Detail on what this looks like, funding required and specific capabilities are not yet forthcoming.

On regional Defence engagement, Labor has stated that it “will deepen our regional defence cooperation with close partners – including Japan, India, Singapore and others – to bolster our joint capabilities, shape our strategic environment and uphold the rules of the road”. Again, there is little detail, but one proposal is to establish a Pacific Defence School to deliver practical training for non-commissioned officers.

The Coalition will continue to point to AUKUS, the Reciprocal Access Agreement with Japan and other Defence Cooperation Program projects in the region to demonstrate its regional credibility. To date, there have been few new initiatives announced.

Australia doesn’t have the luxury of waiting for new platforms to be delivered in the 2030s. More urgency must be injected into our Defence capability program and, if necessary, Australia should buy off-the-shelf platforms that can be procured quickly. For example, the MQ-9B Reaper drone project that was inexplicably cancelled but could have provided armed and remotely piloted drones in the mid-2020s.

This decision is even more puzzling when we look at some of the lessons learned from the conflict in Ukraine. Ukraine’s s most effective weapons have been portable and asymmetric in nature – drones, anti-aircraft, anti-ship and anti-tank missiles, and high powered long-arm rifles.

In addition to a Force Posture Review, perhaps a revised Force Structure Review is warranted to learn from these lessons. For example, on current planning the Australian Army will receive an additional 75 Abrams tanks. While different to the Russian tanks deployed in Ukraine that proved vulnerable to small, inexpensive man-portable weapons, perhaps this decision needs to be reviewed. It is notable that the United States is moving towards more agile capabilities (the US Marine Corps is cutting all three of its tank battalions).

There has never been a more important time to match rhetoric with action to support our allies and partners, especially the United States. It is clear that the United States would like a larger footprint in northern Australia. The head of the US Marine Corps, General Berger, emphasised this during a recent visit to Darwin. Other US military leaders have made similar statements and there is a sense of frustration at the lack of speed with which Defence is responding.

Japan is another key relationship that deserves greater attention. There has been good progress in the bilateral Defence relationship, but more can be done. The government should provide Japan with specific proposals for getting the Self-Defense Force to Australia routinely, support enhanced training and exercising, establish a permanent presence embedded within the Australian Defence Force (ADF), and support the required infrastructure. Japan is embracing a more normal defence posture and forging strategic partnerships across the Indo-Pacific, so now is the time to cement ourselves as a trusted partner of choice.

Finally, after decades of focus on the Middle East, there needs to be greater Indo-Pacific literacy built in the ADF and creative, practical initiatives developed in the region, especially with Indonesia and Pacific Island nations.

There will be political and public perception hurdles to overcome but now is the time to think and act boldly.