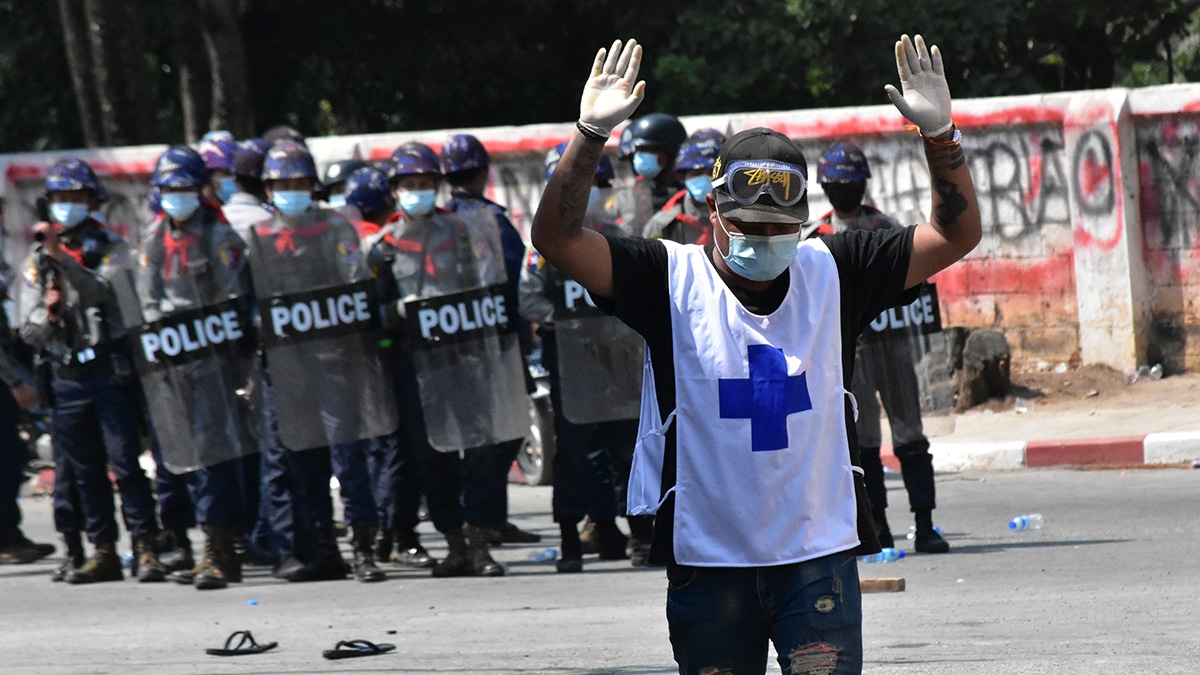 Australian foreign policy is ever more driven by values in addition to interests, with both the government and Labor opposition highlighting Australia’s “shared values” with like-minded states. On human rights, often referred to as a shared value, the new government will face several challenges and opportunities in Asia.

First, the new government will have to defend human rights norms at the United Nations and within our region. Just as illiberalism is on the rise in Asia, Human Rights Watch has documented how Chinese authorities are rewriting existing norms and manipulating procedures to reduce human rights scrutiny globally.

Second, calling out human rights abuses and violations in countries with which Australia shares values or in which Australia has significant bilateral national interests. For instance, Amnesty International has noted that the government and the Department of Foreign Affairs and Trade significantly understate the serious human rights abuses taking place in India’s Kashmir and Jammu regions and against the Muslim minority. In parliament, these issues have been raised by the Greens but by neither major party.

Third, the next government will need to consider how best to make further use of the new Magnitsky-style sanctions regime.

The government has condemned human rights violations in Xinjiang and Hong Kong, joining the diplomatic boycott of the Beijing Winter Olympics partly due to human rights concerns. Prime Minister Morrison has warned against a “new arc of autocracy”, alluding to Russia and China.

Labor has confirmed that its “approach to international affairs … will be informed by our values: our belief in democracy, liberty, the rule of law and human rights” and has vowed to “work with likeminded democratic nations to uphold and defend democracy”. Shadow foreign minister Penny Wong has claimed the government has abdicated a leadership role in the region, promising to reprise Australia’s global multilateral leadership on human rights should Labor win the election.

On China, Labor has stated, “we must engage effectively with China while always standing up for our democratic values, including human rights.” Penny Wong has also pushed the government to clarify whether the abuses in Xinjiang constitute genocide, indicating a Labor government might label it as such, and called for targeted sanctions against those “directly profiting from Uyghur forced labour and other human rights abuses”. The opposition has also advocated for additional targeted sanctions to be applied to military leaders in Myanmar.

To counter the erosion of global human rights norms, Australia should take a leading role at the United Nations. The new government should build broad, flexible coalitions to counter China’s drafting of norm-eroding resolutions, call for greater scrutiny of all rights abusers at the UN Human Rights Council, and protect human rights defenders. The new government should seriously consider putting Australia forward as a candidate for the Human Rights Council (Australia’s last term ended in 2020) and Security Council (Australia’s last term ended in 2014).

From the return of fundamentalists, military coups, and shrinking civic space, illiberalism is on the rise in Asia. A larger Australian aid budget, which is at an all-time low, would allow Australia to better fund initiatives to safeguard democracy with programs focused on the rule of law, media, and support for civil society.  Women's leadership and participation are already supported through a specific gender equality budget line, which should be boosted alongside the general aid budget.

The new government will need to continue to find a balance between working with its partners and speaking out on human rights abuses everywhere. Australia should be less timid about raising human rights concerns with those partners with whom we have “shared values” or in whom we have national interest.

The newly adopted Magnitsky-style law enables Australia to sanction individuals and entities under specific themes, which include serious human rights abuses and violations. The current government first used them on 29 March to sanction Russian individuals engaged in corruption and responsible for the death of Sergei Magnitsky, who inspired these laws. Possible next targets for these sanctions include the four Chinese government officials sanctioned for abuses in Xinjiang by the United States, United Kingdom, European Union, and Canada. Retaliatory sanctions by China would be likely. Australia should also consider imposing more sanctions against the coup leaders and military officials in Myanmar.

Dominique Fraser is a Research Associate at the Asia Society Policy Institute and previously worked as Researcher at the Asia-Pacific Centre for the Responsibility to Protect.