For turning one nation's pop culture into a global phenomenon 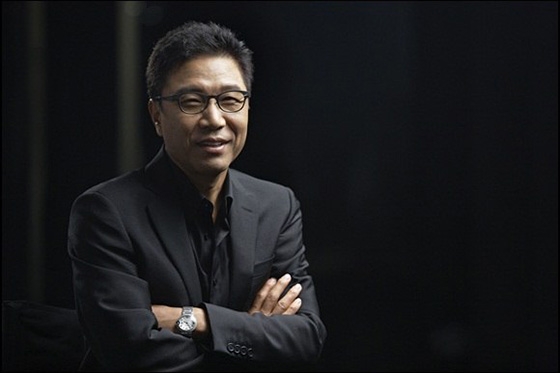 Slender young men, clad in identical white clothing, sing and dance in perfect unison in front of thousands of cheering fans — the majority of whom are unable to understand a single word. If the old paradigm involved American or British pop stars entertaining screaming teenagers the world over, the tables have begun to turn: The stars, increasingly, are Korean. And the world is their oyster.

Korean pop music — K-pop for short — took off in its native country, and has long been popular in other parts of Asia. But now it’s gone global, grossing billions of dollars per year, and the man behind this phenomenon is the Korean entrepreneur Soo-Man Lee.

Born in Seoul to a musician mother and professor father, Lee began his career as a singer and emcee while attending Seoul National University in the early 1970s. But it wasn’t until a decade later that Lee, who by then was pursuing a graduate degree in computer engineering in California, became entranced by American pop culture. MTV had just launched, and that got Lee dreaming about building an entertainment company that could be successful not just in Asia, but worldwide.

After returning to South Korea, Lee created S.M. Entertainment, a company designed to capitalize on a new surge of talent in his country. Lee’s genius was for recognizing those talents — and then showcasing them on a global stage. In the ensuing 20 years, the company has become one of the largest entertainment groups in Asia, igniting the global K-pop craze and moving to other genres: S.M. now produces stage musicals and television shows, as well.

Today Lee, his company, and its artists stand at the vanguard of what's known as the Korean Wave, the global explosion in popularity of Korean culture all across the world.

Looking back, this passionate entrepreneur attributes his success to a lifelong love affair with music — a love shared by billions.

“If I dream myself, it's merely a dream,” he says. “But if we all dream together, that's the start of a new future.”