For using his sport, and his star power, as forces for good 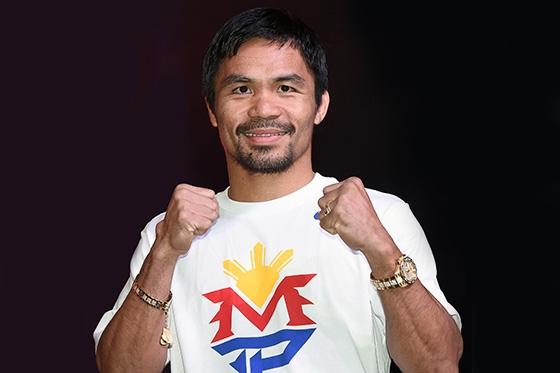 ASIA GAME CHANGER OF THE YEAR

As a child in the Philippines, Manny Pacquiao’s family was so poor that he had to drop out of school at age 14 and move to Manila in hopes of making money to support his mother and five siblings. He spent time living on the streets, but eventually found his way onto the Philippine national amateur boxing team. Within two years he went pro. Within another decade, he was a national hero, worth millions, and arguably the most famous Filipino in the world. Pacquiao literally changed the game of boxing, and challenged perceptions of Asians the world over.

“Pac-Man,” as he’s called by many of his fans, has racked up 10 world boxing titles, been named “Boxer of the Decade” by the World Boxing Council, and has even entered politics, winning election to the Philippines House of Representatives in 2010 and 2013. But in his still-impoverished home province of Sarangani, he’s known as much for his generosity and willingness to help out nearly anyone who asks. Over the years, he’s directed a large chunk of his boxing fortune toward hundreds of student scholarships, farming equipment in poor areas, churches, hospitals, disaster relief, environmental causes, and numerous international charities. In recent years, he’s also become a major figurehead in the fight against human trafficking, using his stature, political power, and finances to help combat the practice in the Philippines.

Pacquiao’s philanthropy has become so great that his friend and boxing legend Sugar Ray Leonard warned him to be careful about being overly generous, lest he wind up with nothing. After earning upwards of $120 million in this year’s fight with American Floyd Mayweather, Pacquiao’s promoter said, “I’m sure half of what Manny earns in this fight is going to go to charity. That is just Manny.”