For his art, his courage, and his cultural diplomacy 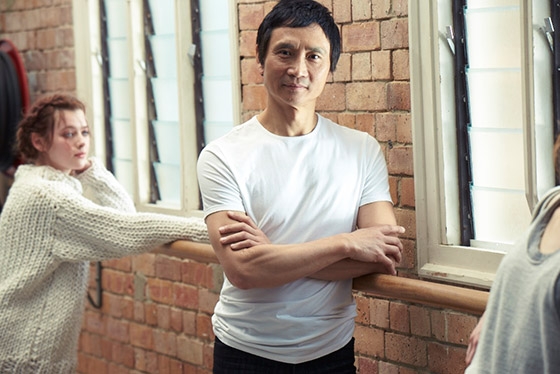 Li Cunxin was born in an impoverished Chinese village in 1961, the height of Mao Zedong’s turbulent rule. Eleven years later, in a twist of fate that would alter the course of Li’s life, a delegation representing Mao’s wife showed up at his school looking for kids to groom into ballet dancers. As the recruiters bent and contorted Li’s body to test his flexibility, he stoically claimed it didn’t hurt. The grueling audition tore both of his hamstrings.

But Li was not one to let pain get in his way, and, even at such a tender age, he realized this foreign dance form could be his ticket out of the village. Li was selected for the Beijing Dance Academy and began seven years of intense training that included exhausting 15-hour days. That wasn’t enough for Li. He practiced on his own after hours to perfect his craft and ultimately became one of China’s top ballet dancers.

This status won Li an invitation to travel to the Houston Ballet in 1979, in one of the first cultural exchanges between China and the United States in the post-Mao era. Once in Texas, he developed a taste for American individualism and self-expression. Then he fell in love with an American dancer to boot. In 1981, the two married and Li defected, embarking on a successful dancing career in the United States and internationally.

Li, whose inspiring story was immortalized in a best-selling autobiography (Mao’s Last Dancer) and a critically acclaimed film, continued his game-changing ways long after hanging up his dancing shoes. He became a successful stockbroker in the 1990s, only to leave that lucrative career in order to lead a new generation of dancers as artistic director of the Queensland Ballet in Australia.

Li has been described as a “philanthropic rainmaker extraordinaire” for leveraging his notoriety and finance experience to dramatically increase donations and attendance at the previously obscure cultural outpost. Li’s success has since sparked a “ripple effect” in the region’s artistic philanthropy culture, and boosted interest in ballet throughout Australia. But, Li will say, China is always on his mind.

“I love China and I love the Chinese people — that will never change,” Li said. “So whatever opportunity I have to bridge the understanding between the two people — the Chinese and Western people — whatever contribution in that area I can try to be an ambassador.”