For harnessing the power of technology to change people’s lives 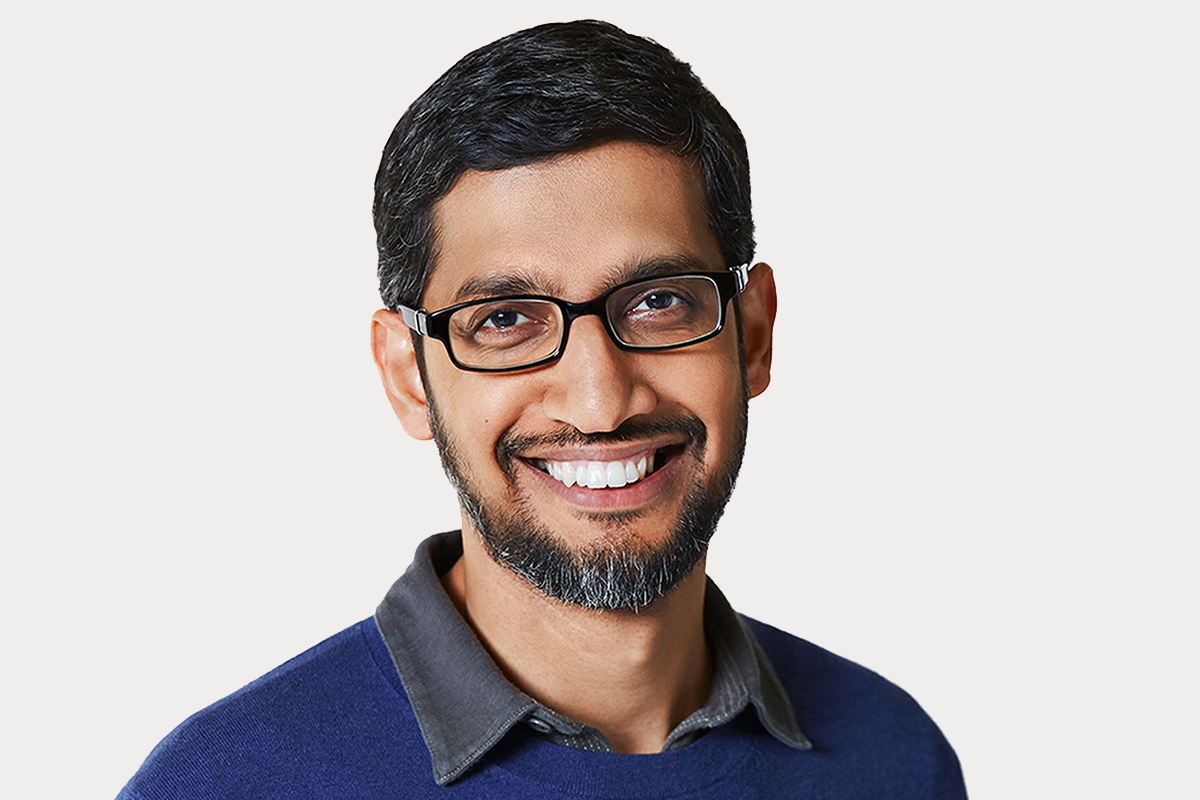 As the CEO of Google and its parent company Alphabet, Sundar Pichai runs one of the most impactful high-tech organizations in the world. But the first piece of technology that changed his life was a rotary telephone.

Growing up in Chennai, India, Pichai remembers the day the phone arrived — five years after his parents had applied for it — and how neighbors would come over to use it to connect with family far away: “It showed me the power of what’s possible with technology,” he says.

It’s an insight he’s put to good use. Pichai arrived in the U.S. in 1993 to attend graduate school, and started at Google in 2004. He soon began making an impact, helping launch Chrome, Google’s web browser, in 2007. In 2015, he was named CEO — a promotion Pichai approached with characteristic modesty.

He took over Alphabet in 2019. Under Pichai’s leadership, Google and Alphabet have continued to grow, creating products that are helpful to users in moments that matter while pursuing technologies of the future, from machine learning and AI to quantum computing. But the 49-year-old Pichai does not forget where he comes from. “India is deeply within me, a big part of who I am," he says.