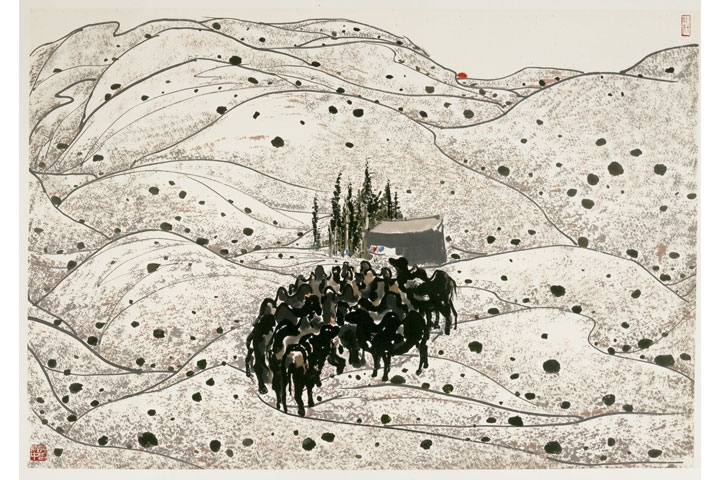 NEW YORK, June 30, 2010 - It is with great sadness that we note the passing of Wu Guanzhong, a major artistic figure of the twentieth century, who made an enormous contribution to our understanding of art and visual culture. He was 90 years old.

Born in Jiangsu Province, Wu Guanzhong studied art at the National Art School in Hangzhou and in Paris at the École Nationale Supérieure des Beaux-Arts. He returned to China and taught at the Central Academy in Beijing.

His works were condemned during the Cultural Revolution, but later celebrated both in China and internationally. Although he suffered great hardship during his life, he was able to continue to create wondrous artworks, especially in the medium of ink for which he became primarily known both in China and in the West. He and his artwork will never be forgotten.

In recognition of Wu Guanzhong's artistic achievement, Asia Society and the Shanghai Art Museum, with Wu Guanzhong's collaboration, have been planning a substantial retrospective exhibition. We will continue our efforts toward realizing this project, which will be the first major retrospective of his work in New York. We look forward to doing his memory justice in the execution of this exhibition and publication. To all Wu Guanzhong's family, friends, and admirers, we join you in grief and sadness.