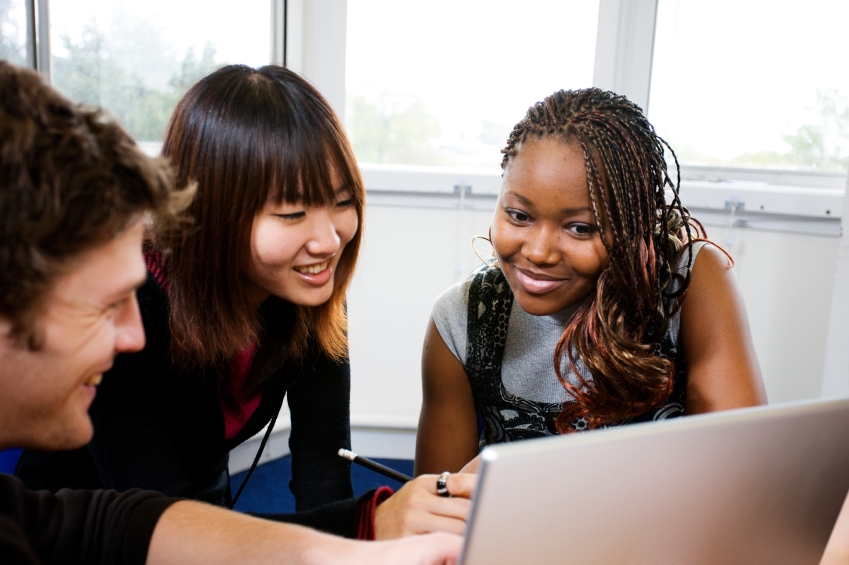 The world in which today’s students will graduate is far different than the world in which we know now. As never before, American education must prepare students for a world where the opportunities for success require the ability to compete and cooperate on a global scale. The globalization of economies, the rise of China and India, advances in science and communications technology, acceleration of international migration—and the fact that virtually every major health, environmental, and human security challenge Americans face can be solved only through international collaboration—will require our high school graduates to be far more knowledgeable about world regions, cultures, and global issues.[1] But we have not emphasized such skills in our schools. A 2007 report from the National Academy of Sciences warns, “The pervasive lack of knowledge of foreign cultures and languages threatens the security of the United States and as well its ability to compete in the global marketplace and produce an informed citizenry.”

Innovations in Schools and Communities
Over the past few years, schools and communities across the country have begun to respond to this new reality and are seeking to redesign education to produce students who are both college ready and globally competent.

Consider this example: The Walter Payton College Preparatory High School in Chicago, an inner-city magnet school that is one of Chicago’s most ethnically diverse schools, has shown how integrating global content enhances academic excellence. Founded in 2000 and now one of the top schools in Illinois, the school’s mission is to prepare students for “leadershipin their community, the nation, and the world.” Every student studies a world language for four years and experiences a home-stay exchange with a sister school in China, France, north Africa, Japan, Switzerland, Chile, Italy, or South Africa. Use of technology, including videoconferencing, connects Payton classrooms to their sister schools and to subject-matter experts around the world. An array of international visitors, students, and seminars further develops the international spirit of the school. The school is also the flagship of Chicago’s Chinese language program, the largest Chinese program in the country. This award-winning school is clearly an outstanding school. But data collected on hundreds of schools from more than 40 states and from rural and inner-city areas, as well as suburban and private schools, show that many schools are embarking on similar journeys. Our research shows that schools typically start in a small way and gradually broaden their approaches. Over time, globally oriented schools develop key common elements. These schools:

Going Global: Preparing Our Students for an Interconnected World [3], a report of the Asia Society, provides key concepts and examples for each of these elements, drawn from more than 70 secondary schools in places as different as Vermont, West Virginia, North Carolina, Texas, Florida, Kansas, Wisconsin, and Oklahoma. The ways in which individual schools harness community resources to link the local to the global demonstrate that teaching and learning about the world is within reach of every type of school.

States Prepare for Globalization
Encouraging as these schools are, they will remain islands of excellence without state action to take these approaches to scale. States are critical to creating internationally oriented school systems. States recognize that they are no longer competing with the state next door but with countries around the world. More than 25 states have participated in the States Network on International Education in the Schools, supported by the Longview Foundation. They are beginning to put in place a series of steps to raise awareness about the importance of global knowledge and skills; build leadership among education, business, and political leaders; and create policies and programs that will introduce these new skills. A 2008 report by the Council of Chief State School Officers and the Asia Society, Putting the World into World-Class Education [4], reviews the developments that are happening around the country in such states as Ohio (see companion article) and proposes a set of recommendations to give all students access to a world-class, globally oriented education. The report recommends that each state take stock of their efforts and create a framework for systemic change beginning in the elementary grades and extending through high school. The framework should include:

The National Challenge
Graduating the next generation of students prepared for the challenges of a diverse globally interinterconnected world is a national challenge, not just a state or local one. Our new president and Congress, working with the nation’s governors, business, and education leaders, need to create a new national policy to ensure that we not only produce more high school and college graduates but that those graduates are globally competent citizens, ready to take their place in the world community. For 50 years, the federal government has played a critical role in fostering foreign language and area studies expertise at the postsecondary level, but in the 21st century, knowledge of the world is no longer a luxury for a small group of experts but a requirement for an educated person. As a new administration and Congress consider the reauthorization of federal funding for elementary and secondary education, a new federal-state partnership will be needed to make access to an internationally competitive world-class educationand graduating globally competent citizens a national priority.