What North Korea Sees in the Mirror 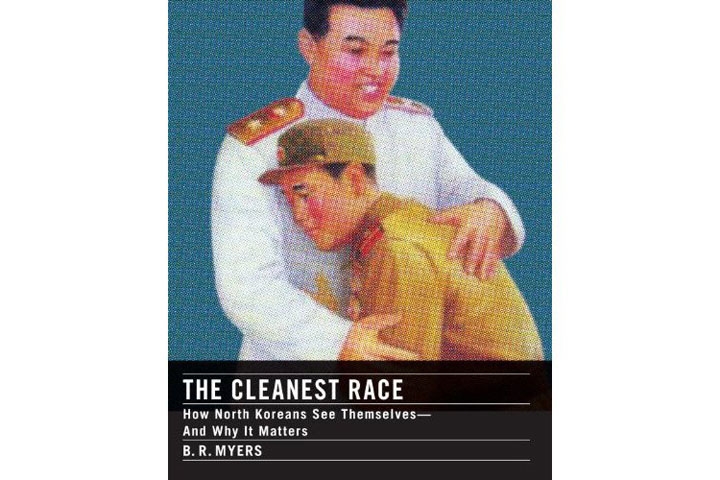 SAN FRANCISCO, February 11, 2010 - Anyone hoping North Korea will abandon its nuclear program at the Six-Party Talks may want to reconsider, says North Korean affairs expert B.R. Myers. Judging from its propaganda, North Korea's anti-American, isolationist, and pro-military stance is stronger than ever.

In his talk before the Asia Society Northern California and World Affairs Council, Myers argued that to negotiate with North Korea effectively, understanding the way they view their country and the outside world is far more important than tallying their arsenal of nuclear weapons. And the key to understanding North Koreans' worldview is its propaganda, which not only shapes citizens' view of themselves and the world, but also predicts and guides the behavior of the country's leaders.

As Myers explains in his new book The Cleanest Race: How North Koreans See Themselves and Why it Matters, North Koreans believe their race to be purer than, and morally superior to, other races. Consequently, they need leaders who can protect the the common people from corrupting outside influences. Nor is this belief conveyed solely through propaganda. In his trips to North Korean camps in China, Myers said, the North Koreans recoiled in fear of him, and recounted vivid stories of American cruelty to North Koreans.

Accordingly, North Koreans view their leader, Kim Jong Il, as a necessary protective, paternal figure, valiantly standing up to their greatest enemy: America. Ironically, this perception of Americans doesn't change, as one might expect, depending on the current state of political affairs—in 1999, when the US gave North Korea a historically large aid package, the latter's propaganda machine turned out even more belligerent anti-American rhetoric. In fact, as North Korea's economic condition has deteriorated in comparison to South Korea and the world at large, Myers has seen the virulence of its anti-American and militaristic propaganda increase dramatically.

As Myers sees it, this strange circumstance stems from the North Korean regime's struggle for legitimacy. Prior to Kim Jung Il, Kim Il Sung was able to lead on two pillars: economic stability and military strength. But when Kim Jung Il came into power, it was no longer feasible to claim that North Korea was economically superior to South Korea—so the only way for Kim establish his legitimacy, and the country's uniqueness, was to emphasize military prowess above all else. In short, without America being portrayed as "Goliath," North Korean leaders could hardly be seen as heroic "Davids."

For this reason, Myers said, he has little hope of success from the Six-Party Talks. Convincing Kim Jung Il to renounce his nuclear arsenal would be nearly impossible, as it would significantly reduce his image of military strength and legitimacy. The best hope for the Six-Party Talks, Myers said, would be to convince the regime to shift its propaganda away from emphasizing military might and hatred of foreigners, and thus allow its leaders more latitude to make conciliatory moves.

Americans, who enjoy a relative wealth of information sources, find it hard to believe that ordinary North Koreans support their leaders and love their country. But in fact, Myers claimed, the vast majority does just that. Although many North Koreans have access to the Internet and to movies and television from the outside world, the government's propaganda is still extremely effective. And despite their poverty relative to the south, most North Koreans believe wholeheartedly that their country is a morally superior force against evil. In contrast to more consumerist cultures, where many people feel they don't have a larger purpose in the world, North Korean citizens feel that they have a direct role to play in their country's fight against America. And this gives them a sense of pride, purpose, and inspiration to stay loyal—despite the discomforts of daily life.