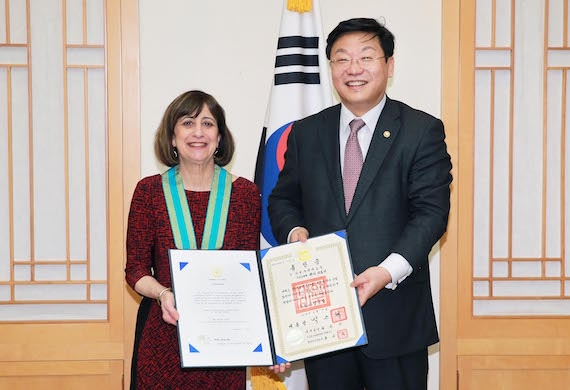 Cutler was recognized for her work in strengthening U.S.-Korea trade relations during her tenure at the Office of the U.S. Trade Representative (USTR), and in particular her work as Chief U.S. Negotiator for the U.S.- Korea (KORUS) Free Trade Agreement, which came into effect in March 2012. The Order of Industrial Service Merit is presented to individuals and businesses that have contributed to the development of South Korea's industry and national economy.