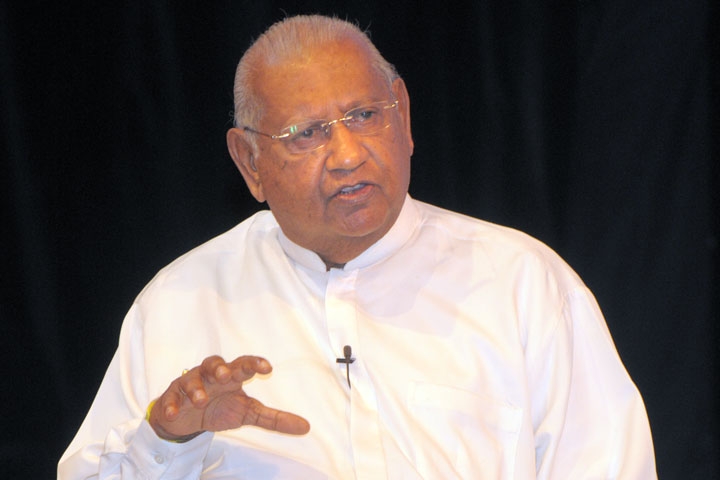 The war between the government and the LTTE ended in May 2009 after the military reportedly killed Tamil leader Velupillai Prabhakaran. “Sri Lanka suffered for almost three decades of destruction from terrorism by the LTTE,” said Wickramanayake. Despite victory, he said, “residual effects and related problems remain.”

Speaking at Asia Society headquarters in New York, the prime minister said resettling internally displaced persons (IDPs) is the country’s largest post-war challenge. However, he made clear that a full resettlement will take time. “You cannot have a solution overnight,” he stressed. Wickramanayake said an estimated 280,000 still remain in internment camps, as a result of the conflict.

“It is not an easy task to provide welfare to these people all at once... yet we accepted this challenge," he said. "Today, the [displaced] are being resettled systematically and efficiently.”

In an effort to expedite the recovery of the war-torn north and east, Wickramanayake called on the international community to boost investment in the island nation. “We need the support and cooperation from nations that can afford to,” he said. The prime minister stated that the government has already begun substantial reconstruction projects in the two regions.

Wickramanayake also called on nations to help Sri Lanka clear the large number of mines scattered throughout the country’s north. “Terrorists have planted landmines in playgrounds, holy sites, farm fields, and roads,” he said. “We are not ready to push our people onto these death traps.”

“Accept that we have a big problem,” the prime minister urged, “ and help us.”

When pressed by Metzl to clarify under what conditions the International Committee of the Red Cross (ICRC) would be allowed access to internment camps, Wickramanayake would only say that he supported the ICRC's work "to the extent that [they] will not disturb the normal peace and tranquility that remains within the camps." However, he would not provide any specifics.