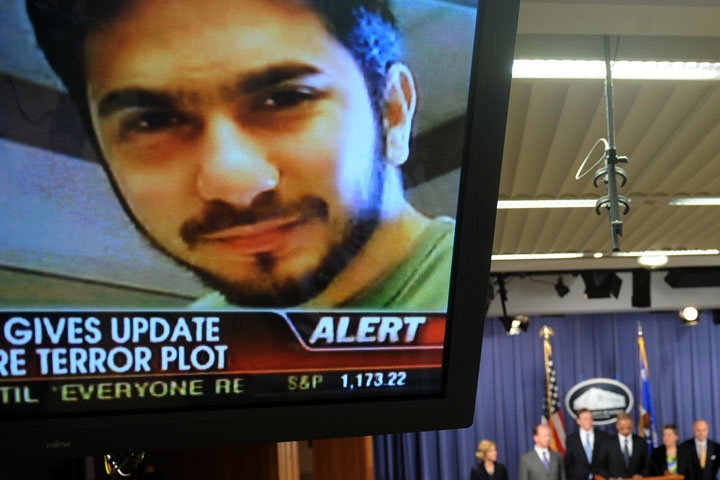 Originally published in the Wall Street Journal, May 3, 2010

Monday night's arrest of Faisal Shahzad, a 30-year-old Pakistani-American accused of planting a car bomb in Times Square on Saturday, will undoubtedly stoke the usual debate about how best to keep America safe in the age of Islamic terrorism. But this should not deflect us from another, equally pressing, question. Why do Pakistan and the Pakistani diaspora churn out such a high proportion of the world's terrorists?

Indonesia has more Muslims than Pakistan. Turkey is geographically closer to the troubles of the Middle East. The governments of Iran and Syria are immeasurably more hostile to America and the West. Yet it is Pakistan, or its diaspora, that produced the CIA shooter Mir Aimal Kasi; the 1993 World Trade Center bomber Ramzi Yousef (born in Kuwait to Pakistani parents); 9/11 mastermind Khalid Sheikh Mohammed; Wall Street Journal reporter Daniel Pearl's kidnapper, Omar Saeed Sheikh; and three of the four men behind the July 2005 train and bus bombings in London.

The list of jihadists not from Pakistan themselves—but whose passage to jihadism passes through that country—is even longer. Among them are Osama bin Laden and Ayman al-Zawahiri, Mohamed Atta, shoe bomber Richard Reid, and John Walker Lindh, the so-called American Taliban. Over the past decade, Pakistani fingerprints have shown up on terrorist plots in, among other places, Germany, Denmark, Spain, and the Netherlands. And this partial catalogue doesn't include India, which tends to bear the brunt of its western neighbor's love affair with violence.

In attempting to explain why so many attacks—abortive and successful—can be traced back to a single country, analysts tend to dwell on the 1980s, when Pakistan acted as a staging ground for the successful American and Saudi-funded jihad against the Soviet Union in Afghanistan. But while the anti-Soviet campaign undoubtedly accelerated Pakistan's emergence as a jihadist haven, to truly understand the country it's important to go back further, to its creation.

Pakistan was carved out of the Muslim-majority areas of British India in 1947, the world's first modern nation based solely on Islam. The country's name means "Land of the Pure." The capital city is Islamabad. The national flag carries the Islamic crescent and star. The cricket team wears green.

Through alternating periods of civilian and military rule, one thing about Pakistan has remained constant—the central place of Islam in national life. In the 1960s, Pakistan launched a war against India in an attempt to seize control of Kashmir, the country's only Muslim-majority province, one that most Pakistanis believe ought to be theirs by right.

In the 1990s, armed with expertise and confidence gained fighting the Soviets, the army's notorious Inter-Services Intelligence (ISI) spawned the Taliban to take over Afghanistan, and a plethora of terrorist groups to challenge India in Kashmir. Even after 9/11, and despite about $18 billion of American aid, Pakistan has found it hard to reform its instincts.

Pakistan's history of pan-Islamism does not mean that all Pakistanis, much less everyone of Pakistani origin, hold extremist views. But it does explain why a larger percentage of Pakistanis than, say, Indonesians or Tunisians, are likely to see the world through the narrow prism of their faith. The ISI's reluctance to dismantle the infrastructure of terrorism—training camps, a web of ultra-orthodox madrassas that preach violence, and terrorist groups such as the Lashkar-e-Taiba—ensure that Pakistan remains a magnet for any Muslim with a grudge against the world and the urge to do something violent about it.

If Pakistan is to be reformed, then the goal must be to replace its political and cultural DNA. Pan-Islamism has to give way to old-fashioned nationalism. An expansionist foreign policy needs to be canned in favor of development for the impoverished masses. The grip of the army, and by extension the ISI, over national life will have to be weakened. The encouragement of local languages and cultures such as Punjabi and Sindhi can help create a broader identity, one not in conflict with the West. School curricula ought to be overhauled to inculcate a respect for non-Muslims.

Needless to say, this will be a long haul. But it's the only way to ensure that the next time someone is accused of trying to blow up a car in a crowded place far away from home, the odds aren't that he'll somehow have a Pakistan connection.

Asia Society Associate Fellow Sadanand Dhume is the author of My Friend the Fanatic: Travels with a Radical Islamist (Skyhorse Publishing, 2009) and a columnist for WSJ.com.