A Tale of Two Countries 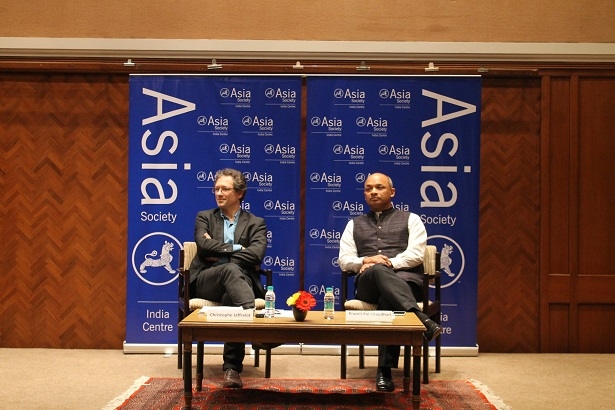 Mumbai, 10 January 2017: This talk by Christophe Jaffrelot and Pramit Palchaudhuri came on the heels of an announcement that Ex-Pakistan Army Chief Raheel Sharif had been invited by Saudi Arabia to head a Saudi-led military alliance. This would suggest tight relations between Riyadh and Islamabad, but Mr Jaffrelot cautioned against being overly optimistic about the impression this created. He began by recapping the changing relations between both countries. The first few decades of Pakistani independence did not find Saudi Arabia playing a key role. Iqbal, in fact stated that the ‘demand’ (for the state of Pakistan) was to give Islam ‘an opportunity to rid itself of the stamp of Arab Imperialism’. Pakistan’s membership of CENTO and SEATO were not seen favourably by the Saudis either. In the 1970s, Pakistan was forced to turn to Saudi Arabia during the 1971 Indo-Pakistan war. In 1979, France and Pakistan came to Saudi Arabia’s aid in 1979 when Mecca was under siege. Relations developed further, and continue due to the security dimension between both nations. This is amplified further by the fact that Pakistan receives most of its remittances from workers in Saudi Arabia. Mr Jaffrelot warned about this rapprochement leading to complicity, stating that Saudi Arabia had learnt that it could not fully rely on Pakistan’s support in the ongoing civil war in Yemen, and had acknowledged that Pakistan has an extremely potent ally in China.The event concluded with a question-answer session with a variety of topics being addressed, including the role of Iran and the potential of a Trump presidency on Saudi-Pak relations.