Serge Dumont Elected to Asia Society's Global Board of Trustees 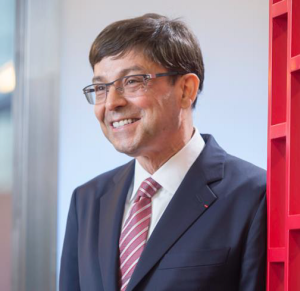 At the Asia Society’s recent Global Trustees meeting, Serge Dumont was elected to be a member of the Board. Serge, a long-time supporter of Asia Society, is a co-founder and Chairman of Asia Society France and Vice Chairman of the board of Impactwayv. Inc. His biographical details follow below.

“We are pleased to welcome Serge Dumont to our global board,” said Asia Society President and CEO Kevin Rudd. “As a key player in the founding of the Asia Society’s first center in the European Union, he will play a critical role as we look to ways to be a partner for both France and the EU in navigating the challenges and opportunities of a resurgent Asia.”

Serge Dumont has lived in Asia for over 40 years, particularly in Beijing, Hong Kong and Taipei. His career has been characterized by a global focus, the creation and management of companies in challenging markets, and a commitment to philanthropy and community service, especially in the areas of health and education.

With on-the-ground business experience in Asia, Europe, and the United States, Serge brings a deep international perspective to his endeavors. He has regularly advised business leaders and the boards of leading institutions and multinational companies.

As a young entrepreneur in the early 1980s, he founded China’s first independent communications group and is credited with pioneering the industry there from its infancy to today’s sophisticated business sector. He has served in leadership positions with best-in-class companies such as Edelman, where he was EVP and member of the board, and Omnicom Group inc. (NYSE, OMC), a global marketing and communications holding company where he was Vice Chairman and Chairman Asia Pacific.

Serge has acted as one of France’s Foreign Trade Advisors and has been serving on the boards of several corporations, academic and non-profit institutions.

A recipient of the Legion d’Honneur, France’s highest recognition, he has received honors and awards from national governments and international organizations for his contributions to business, philanthropy, health, culture and education.

A graduate of the Sorbonne and the INALCO, Serge also studied at Taiwan Normal University and the Political Institute in Taipei. He is fluent in English, Mandarin and French.