The Real Cost of Developing Vietnam 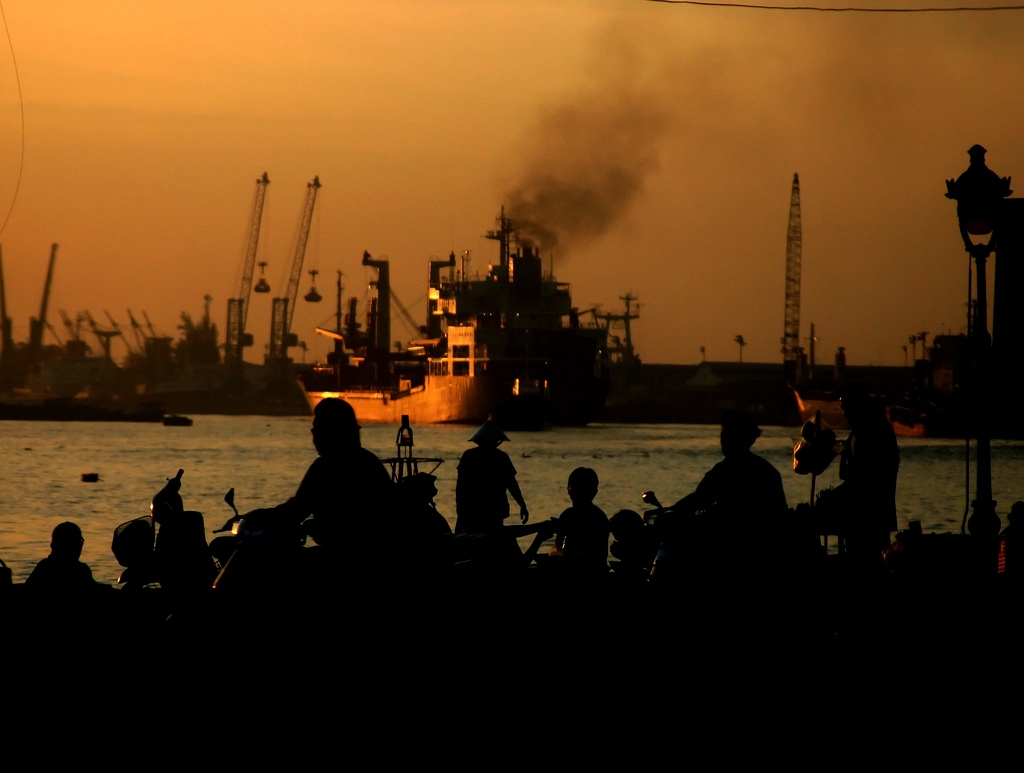 Industrialization
Vietnam has achieved 14 percent annual growth. However, most of the wastewater discharged from the approximately 3,000 industrial enterprises - roughly half of them in heavy industry - is improperly treated. Polluted water sources in the Ku Cing River, caused by mining activities in Tinh Tuc, or the pollution in the Hong River, caused by the Vietnam tri-industrial zone, are two obvious examples.

Urbanization
The urbanization process also brings serious environmental challenges. Hanoi, with a total area of 924 square kilometers and about three million inhabitants, has some 300 industrial enterprises, 450 handicraft cooperatives and 350 production units in operation. Many industrial zones have out-of-date technological facilities, as do the hospitals and slaughterhouses in the city. Their sewage and drainage systems are old and inefficient, and thus nearly all the main streets in Hanoi are flooded after heavy rains, causing substantial sanitation problems.

Add to this, the fact that hundreds of thousands of motor vehicles are constantly discharging toxic gases into the city's atmosphere. And Hanoi is merely one example of the sort of urban development issues facing Vietnam at this time.

Population
Rapid population growth has put additional pressure on the environment. Vietnam's population has skyrocketed from 23 million people in the 1940's to more than 76 million in 1999. This increasing population pressure has caused severe ecological degradation. A visual demonstration of the potentially devastating linkages between population and the environment is evident in the Ky Son District. The increasing Kinh population, paired with a high fertility rate amongst minority populations of Thai, H'Mong and Khomu, has caused great strain on the arable land available for agricultural production. These minority populations use "slash and burn" cultivation techniques, which are only feasible if lands are left to recover for a long period of time. As the population increases, a growing demand for food forces the farmers to shorten the land-rotation cycle, causing extensive deforestation, soil degradation and erosion.

The Vietnamese Government's reaction to environmental problems
Achieving sustainable development with attention to ecological conservation presents a great challenge for Vietnam's policy-makers, but many efforts have been made in the last decade. The passage of the Environment Law at the end of 1993 was a vital step in increasing necessary environmental protection initiatives. It was followed by other policies related to environmental management such as the Prime Minister's Directive 200/TTg on "Ensuring the clean water and environmental hygiene for rural areas", the Inter-Ministerial Circular 142/MTg on "Guidelines on environmental impact assessment for operating establishment" issued in 1994, and the Circular 715/MTg on "Guidelines on environmental impact assessment for foreign direct investment projects" issued in 1995. The passage of the Mineral Law in 1996 and the Water Resource Law in 1998 were also signs of the government's concern for the country's environmental problems. Another important step in national environmental control was the formation of the Ministry of Science, Technology and Environment in 1993, which is responsible for environmental monitoring.

However, the implementation of environmental management under these laws has proved rather ineffective. There is a lack of public awareness for the need for environmental protection. Conservation should begin at home, but in many areas, the people's day-to-day activities unintentionally serve to destroy their natural environment.

Rural Vietnamese life is autonomous and village-oriented. Families rely on the principle of "self sufficiency" to augment needs. So while the government may encourage home gardens and other green initiatives, most people continue to employ many environmentally harmful practices in order to meet their economic needs. For example, a farmer in Minh Hai province might clear brush from a wetland plot so that it may be converted into a shrimp pond. His neighbors, witnessing the quick return on his shrimp investment, may do the same, and in the process thousands of hectares of precious forest are thus destroyed.

Furthermore in some provinces, like Nghe An province in central Vietnam, the main income for many households is obtained through the export of their local forest products, such as ironwood or aquilaria, which are prohibited to exploit. These activities not only violate the law, but also create deforestation problems in the area.

What are the solutions for the environmental challenges in Vietnam?
The problems can only be solved through a comprehensive approach to environmental management. It will be most important to raise public awareness and support for environmental conservation. With a literacy rate of more than 70 percent of the population, with the television network available to all districts since the end of 1995, and with inexpensive radios in even the most remote areas, environmental protection messages can be effectively communicated throughout the country.

At a macro level, the government must work to enforce Vietnam's existing environmental legislative regulations. This can only be done through an increase in the effectiveness of two-way information on environmental issues, both from the bottom up and the top down.

At the same time, the government should strengthen the capacity for environmental development planning and investment decision-making. It is crucially important to improve awareness on environmental management among those who make planning and investment decisions. Finally, environmental protection can be indirectly achieved through the poverty alleviation process. Efforts at reducing population growth by improving the awareness and knowledge of reproductive health and the access to family planning services could assist in this effort.