A Profile of a Student's School Day 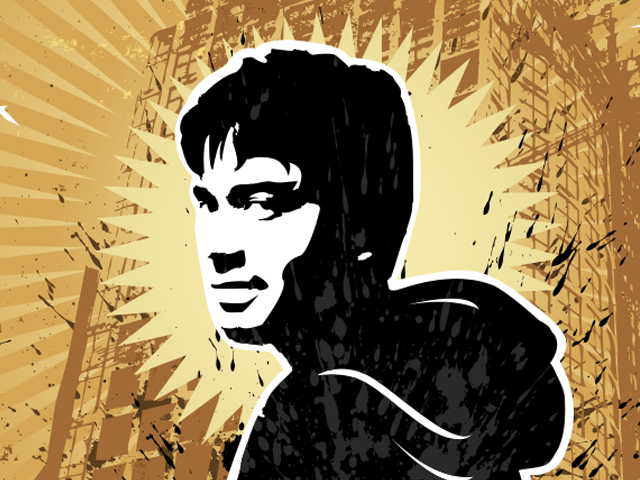 What does secondary education look like when it’s intended to both accelerate learning and prepare students for success in a global era?

To give you a sense for that, I’ve put tried to capture that sense by positing a day in the life of Eduardo, a middle grades student attending City International Studies School. Eduardo is fictitious, but much of his experience is drawn from the Asia Society's International Studies Schools Network (ISSN)--a composite of what success looks like in schools that “go global.”

Each of our ISSN schools is unique, but they grow from a common design. So here’s what its like inside these schools.

Eduardo comes early to City International Studies School because he and another student in his 8th grade Algebra I class are this week’s “techno tutors.” Working with their math teacher and one of the school’s technology team (a 12th grader), the students design and produce a short tutorial on a specific Algebra topic that is recorded and then placed in the school’s Podcast archives. Other students who, like Eduardo, can at times find Algebra daunting can download the tutorial in school or at home, whenever and wherever they need help.

School usually begins with a 15-minute community meeting, but the faculty chose to modify the schedule today for a brief question and answer session with an official from the Palestinian Information Office. The official has been invited as part of a series of dialogues which will later involve spokespersons from the Israeli Consulate and from other interest groups with offices in the city, on the origins of unrest and options for peace in the
Middle East. These kinds of “conversations for understanding” on world issues are a regular part of the school culture at City International.

Today, since it is an “A” day in the school’s block schedule, Eduardo’s first class is English/World Literature where he continues work on an essay and multi-media project jointly assigned by his English and social studies teachers. Among a series of project options, Eduardo’s group chose to do an analysis that compares the U.S. and Japanese perspectives on the causes
of World War II, and to use their findings to discuss the issue of when a country should go to war. Much of today’s work will involve providing and receiving suggestions for improving the written portions of their presentation using one of the “critical friends” feedback protocols that they’ve been taught to use.

After the morning break, one of the best parts of Eduardo’s day comes next: Advisory. He enjoys it, in part, because his small advisory group meets in the student lounge of the school library, a hodge-podge of donated, gently used furniture that contribute to a décor affectionately described in the school
paper as “shabby chic.” Students participate in the Council process during which their advisor asks them to express their thoughts and feelings on what she calls “micro-aggressions” against people of different ethnic and racial backgrounds – unintended “put downs” by people that may mean well but don’t realize what they say reflects bias. What are examples we see in the media or in everyday life in our community? Is it best to say something or just take it in stride? In the remainder of Advisory, Eduardo meets with his advisor individually to go over his Passages Portfolio, a collection of student work that demonstrates his development during the middle grades which he
will present to the school community at the end of eighth grade.

Up next: Integrated Physical Science (IPS), where Eduardo soon finds himself in an animated discussion with his work group on the best strategies for “solving for substance X.” Throughout the year, the IPS teacher has designed opportunities for students to learn the methods of science and to frame questions and pursue solutions just as scientists do. Now the class must apply their knowledge to first figure out what a mysterious substance is, second, research where in the world the substance is most prevalent, and third, describe “what difference it makes” to the people in the region where it is found. For the latter part of the project, Eduardo’s project group must cite at least one source outside the U.S.

At lunch, Eduardo chats with the school principal about the trip to the Concordia Language Village in Minnesota he will be making in the summer to further develop his Chinese language skills. Like most students at City International, he plans to travel abroad during his high school years, perhaps to China, or to a Spanish-speaking country to further hone the language skills first provided to him by his parents.

Eduardo’s next class, Chinese, is staffed by a credentialed Chinese language teacher, and supported by a Chinese visiting teacher from Shanghai. In addition to the normal curriculum, the class is preparing for a Friday field trip to a nearby nursing home for primarily elderly Chinese immigrants where they will practice conversational skills with residents. These visits occur once a month but Eduardo spends additional afternoons here as part of a service learning project that involves working with a Chinese- American youth group to develop oral histories of the residents’ experience before and after immigrating to the U.S. The school day ends with Physical Education, where the current block is Yoga. Eduardo enjoys the graceful movements of this ancient Indian physical art form but is also looking forward to the next week when his class will participate in something a bit more active: lacrosse!