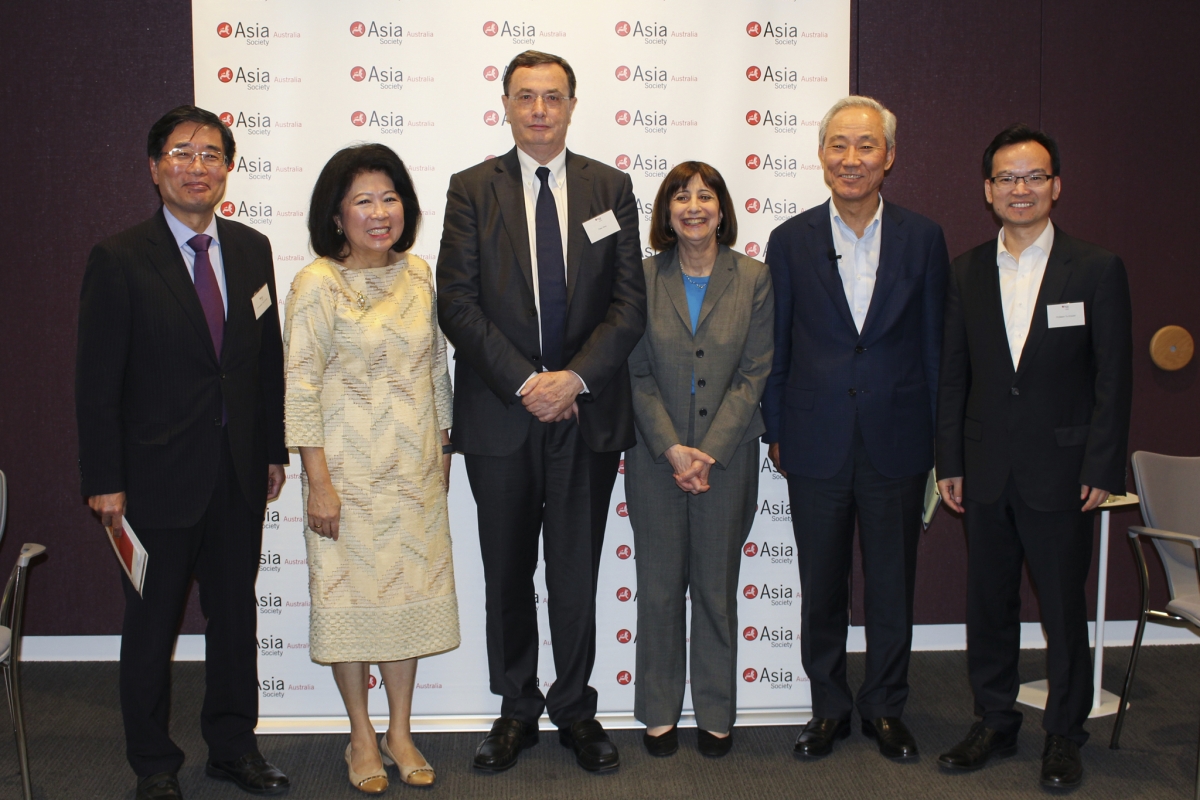 Over the past few years, the global and regional trade landscape has been challenged as never before. A growing number of people around the world are questioning the value of trade agreements, holding them accountable for slow wage growth, rising inequalities, and job losses. In the U.S., the 2016 presidential election illuminated widespread skepticism about the benefits of trade agreements, as well as a broader backlash against trade and globalization. Further, trade agreements have not kept pace with the changing nature of trade itself, owing to the increasingly important role of digital and services trades.

But trade has been one of the strongest drivers behind global growth and stability, particularly in Asia. In the past quarter century, the number of trade agreements in the region has increased dramatically, which has enabled these countries to grow their economies, introduce much-needed reforms, and provide better livelihoods for their citizens. Meanwhile, the emergence of global value chains, the growth of digital commerce, and the rise of small and medium-sized enterprises’ engagement in the global economy are creating new economic opportunities for businesses of all sizes.

Through the initiative "Building a High Standard and Inclusive Asia-Pacific Trade Architecture," the Asia Society Policy Institute (ASPI) has examined the current trade landscape by identifying potential opportunities and challenges ahead for the region. Under the leadership of its Vice President Wendy Cutler, ASPI has undertaken two projects, each providing key recommendations to policymakers to advance high-standard trade and economic integration in the region in light of major developments on the regional trade front.

In March 2016, the Asia Society Policy Institute (ASPI) established an Independent Commission on Trade Policy, chaired by ASPI Vice President Wendy Cutler, to review the network of trade agreements and initiatives underway in the region. Over the course of one year, Commission members—senior trade experts representing a diverse array of Asia-Pacific economies—convened in Hong Kong, Tokyo, and Washington. They developed recommendations for policymakers in the region to advance high-standard, forward-thinking trade agreements, which were published in a March 2017 report, Charting a Course for Trade and Economic Integration in the Asia-Pacific.

This project was made possible through the support of the Hinrich Foundation.

As the dust settled from the U.S. withdrawal from the TPP, Asia-Pacific economies were already hard at work developing contingency plans for achieving regional economic integration by advancing trade agreements between themselves and with major economies around the world. In light of these unfolding developments, ASPI established a “Trade Forum” composed of senior trade experts and chaired by Wendy Cutler to provide policymakers with recommendations on how to advance regional and bilateral trade agreements in an increasingly complex trade landscape. Updating the findings of ASPI’s March 2017 report, ASPI’s new issue paper, "Shifting Trade Winds: U.S. Bilateralism and Asia-Pacific Economic Integration", delivers practical policy recommendations after an unusually eventful year for trade.

International trade has played a crucial role in the Asia-Pacific “economic miracle,” but has also brought economic transformations that have led some citizens on both sides of the Pacific to feel left behind. This ASPI paper surveys six Asia-Pacific countries’ domestic policies designed to address job displacement resulting from trade. The paper finds that governments in the region have made positive in-roads through policy and program combinations including trade-specific adjustment assistance; targeted, fixed-term assistance; and unemployment insurance. However, in “Adjusting to Trade: Asia-Pacific Approaches to Assisting Displaced Workers,” ASPI Vice President Wendy Cutler and Program Officer Jacob Bell find that Asia-Pacific countries need to step-up their efforts to address the mounting challenges presented not only by trade and globalization, but by disruptions resulting from new technologies, innovation, and productivity.

This project was made possible through the support of the Alcoa Foundation.

News stories and op-eds relevant to the initiative.