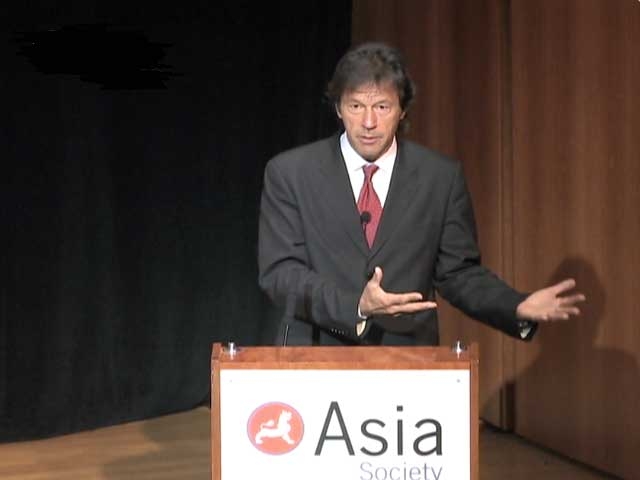 NEW YORK, Jan. 25, 2008 — Imran Khan, chairman of the Pakistan Tehreek-e-Insaf Party (Movement for Justice), spoke to a sold-out audience today at the Asia Society about the dire political situation in Pakistan and the urgent need for democratic governance.

The onetime cricket star put forth a forceful argument that the true battle in Pakistan is not between conservatives and liberals, but between the status quo and change, positioning himself as an agent for this much-needed change. Khan's overarching theme was the importance of good governance in paving the way for a democratic future in Pakistan.

Specifically, he stressed the need for rule of law, checks and balances, and a functioning judiciary as prerequisites from which all other challenges (such as poverty and fundamentalism) can then be tackled. Among his pointed criticisms of President Musharraf, Khan described the corruption and repression that has accompanied his regime, including a personal anecdote of his own escape during the November 2007 declaration of martial law.

And as a testament to his respecting democracy over dynasty, Khan jokingly assured the audience that should something happen to him, his son would not be passed the torch of the Pakistan Tehreek-e-Insaf Party.