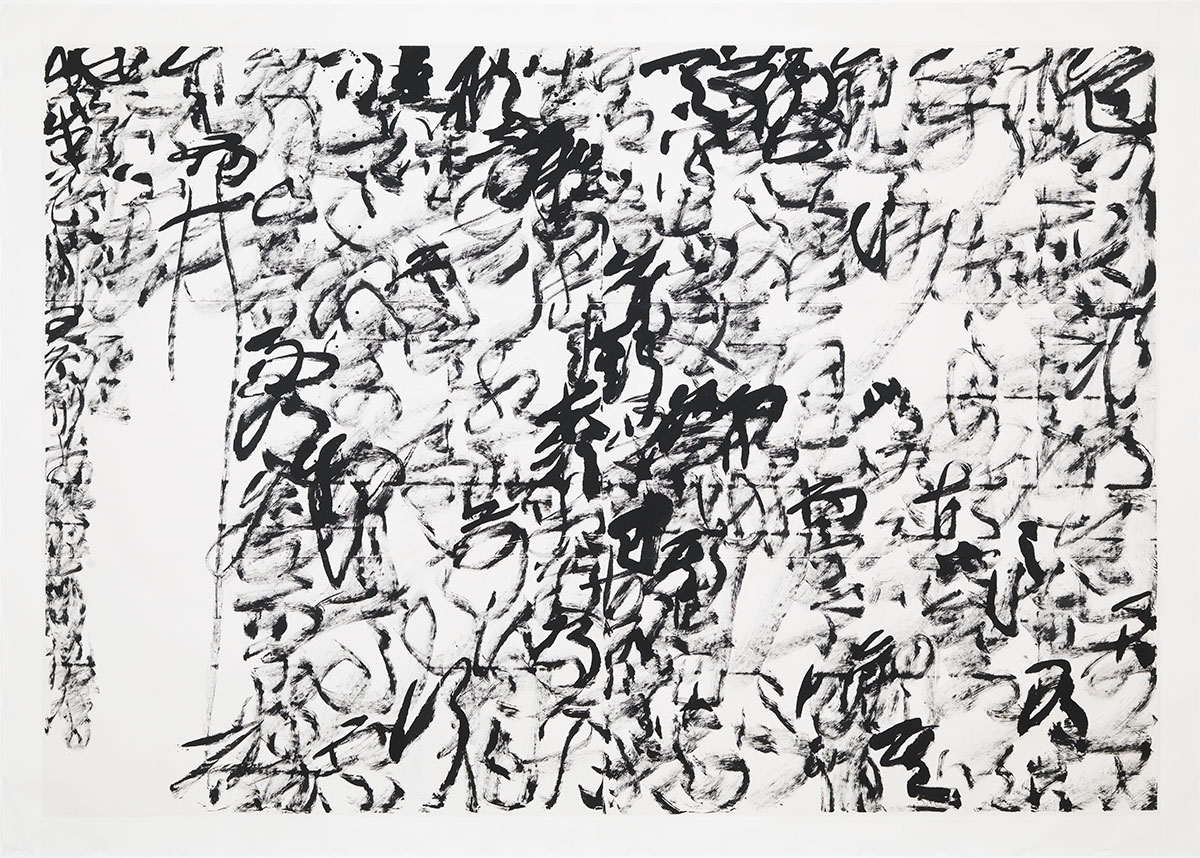 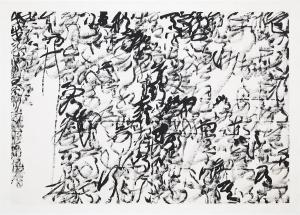 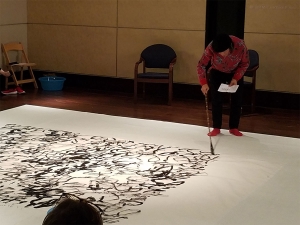 Wang Dongling is widely recognized as one of the most celebrated living calligraphers from China. The artist’s experimental works, featuring his luanshu (chaos script), expand the venerated Chinese calligraphy tradition through a dynamic style that renders the texts almost completely indecipherable. Inspired by Laozi’s iconic text of Taoist philosophy, the artist created Laozi, Dao De Jing, Chapter I & II for Asia Society as part of a 2018 performance at the Museum. This exhibition serves as the first public presentation of the painting.

Wang Dongling is widely recognized as one of the most celebrated living calligraphers from China. The artist is best known for his large-scale compositions, which are created on the floor with oversized brushes through highly physical movements. Historically, calligraphy has been regarded in China as the highest art form. Wang’s experimental approach to calligraphy, featuring his luanshu (chaos script), expands this venerated literati tradition through the artist’s dynamic style that renders the texts almost completely indecipherable. Wang’s expressive movements create a field of abstract gestures that prioritize the formal aesthetics of his script over its legibility. Language becomes a formalistic tool rather than the primary subject in traditional calligraphy. The resulting controlled chaos, in a nod to western gestural abstraction, alters the distinction between calligraphy and painting as well as the conventional relationship between reading and looking in relation to traditional Chinese calligraphy.

Laozi, Dao De Jing, Chapter I & II, presented publicly for the first time, was created specifically for Asia Society as part of a special performance given by the artist at the Museum on March 2, 2018. Meant to be read from right to left, the work is the first two chapters of Laozi’s Dao De Jing, a classic of Taoist philosophy written during the Warring States Period (475–221 BCE). The first chapter, “Embodying the Dao,” serves as an introduction of the Dao’s meaning and purpose. Chapter two, “The Nourishment of the Person,” outlines the concept that all experience is relative and that one must have a holistic perspective to gain enlightenment. Wang’s work is an excellent example of contemporary experiments in Chinese calligraphic techniques and the lasting interconnectedness between text, calligraphy, and painting. This exceptional piece is now part of the Asia Society Museum Collection of text- and calligraphy-based artworks.

This video documents Wang Dongling in conversation with Dr. Adriana Proser, Asia Society’s John H. Foster Senior Curator for Traditional Asian Art, as part of an event titled “Ink in Motion: Calligraphy by Wang Dongling” at Asia Society on March 2, 2018. Following their discussion, the artist created the large-scale calligraphic work with brush and ink on paper on view in this exhibition.

To enjoy Asia Society's free audio guide for "Wang Dongling: Ink in Motion" just look for the audio icon next to select artworks in the exhibition. 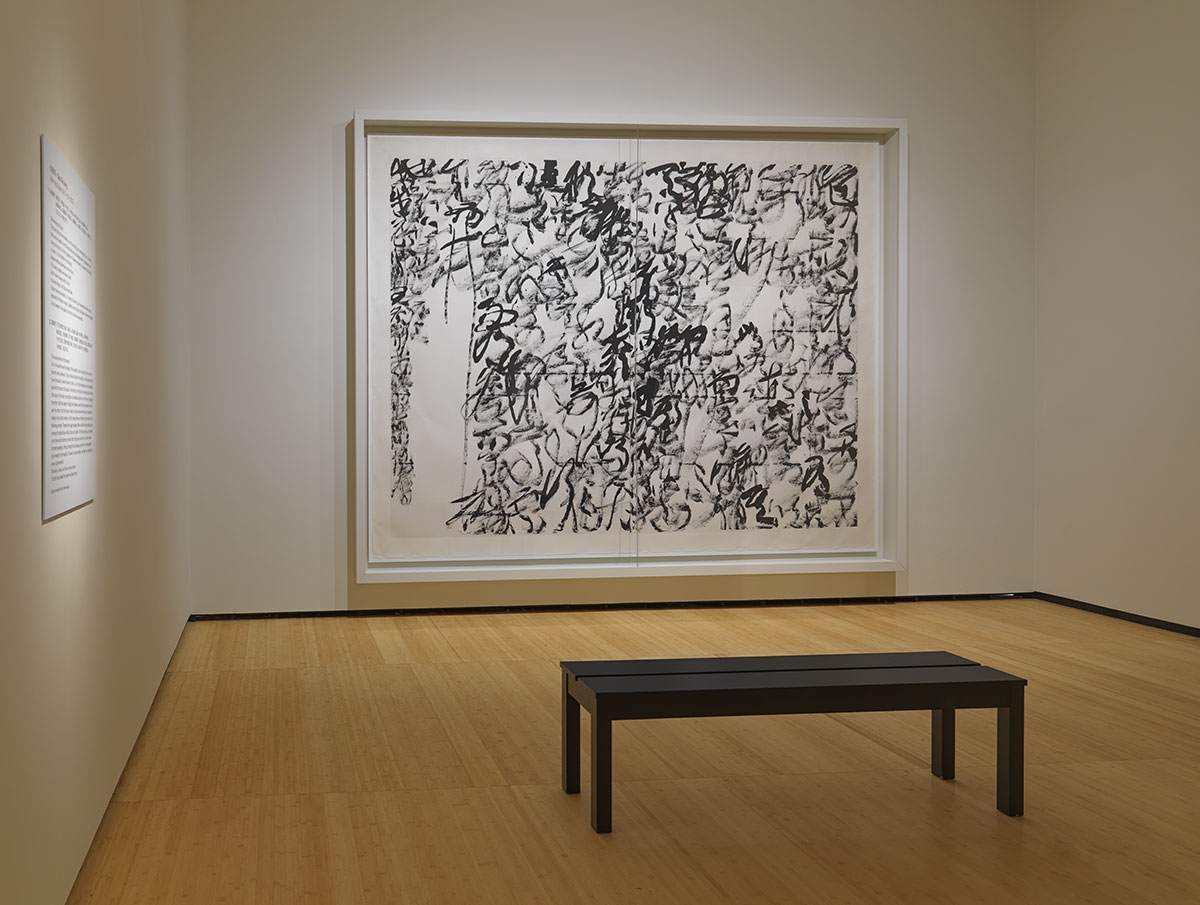 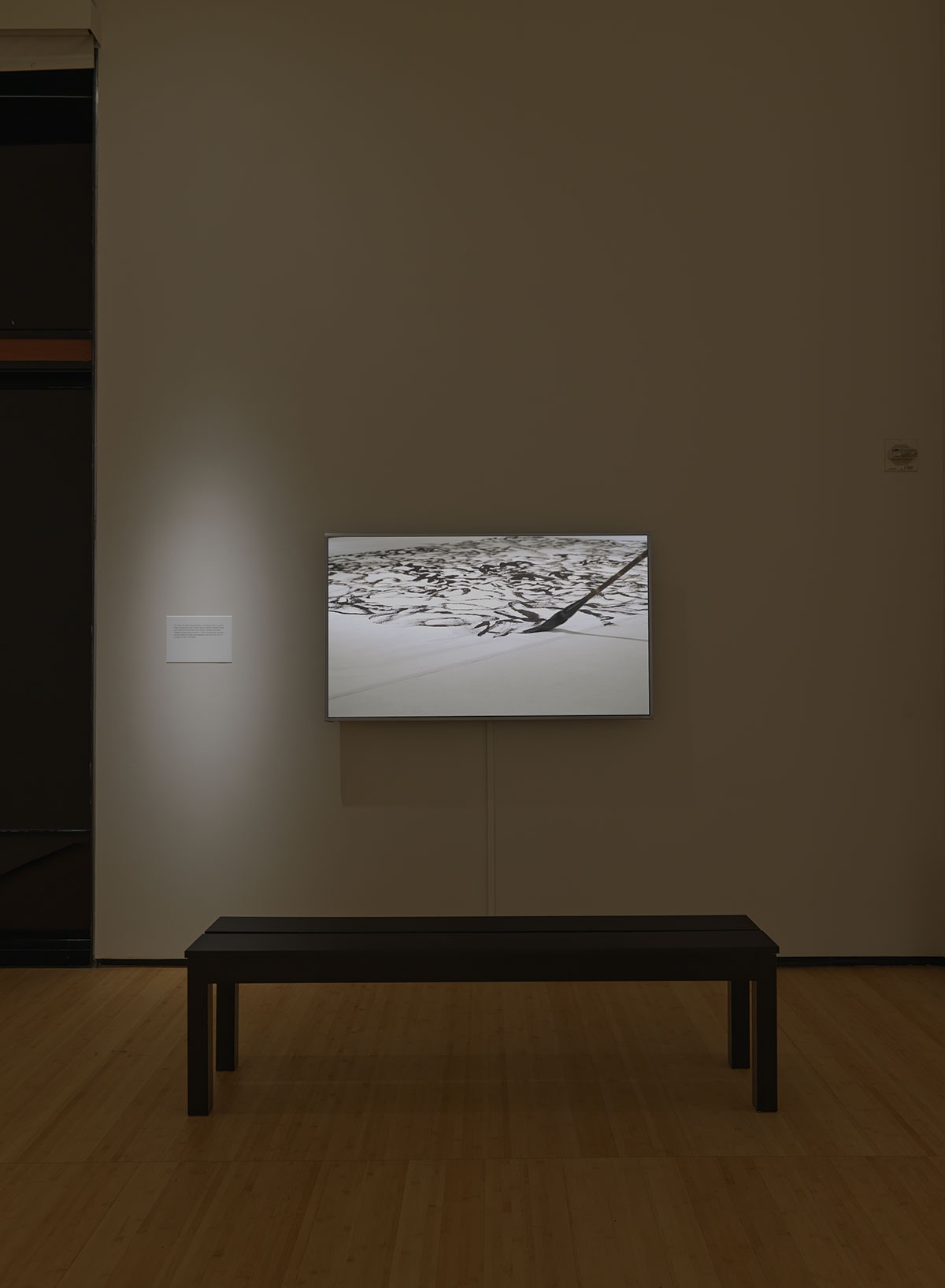