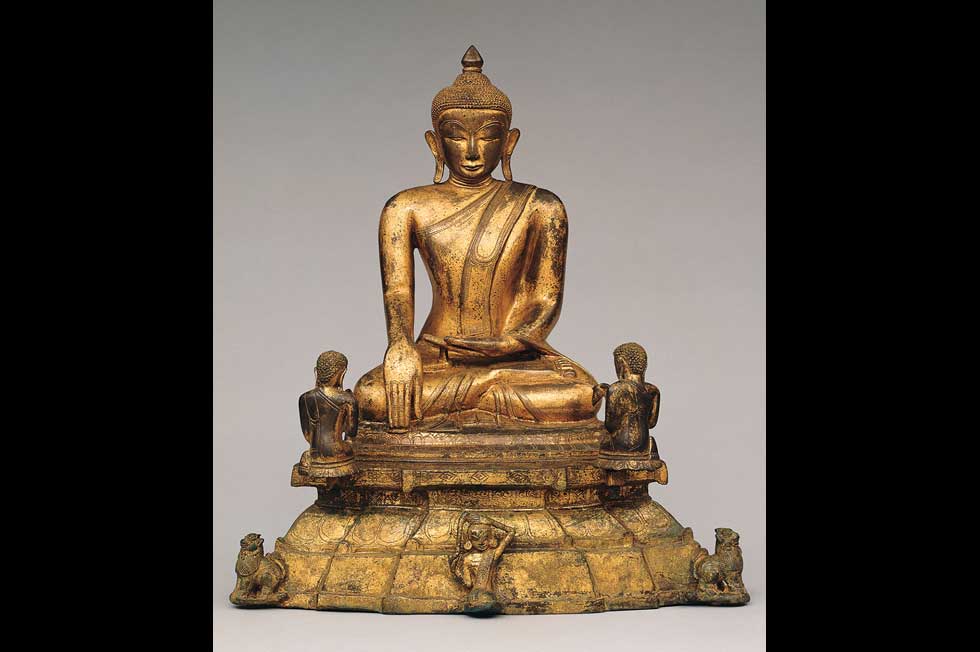 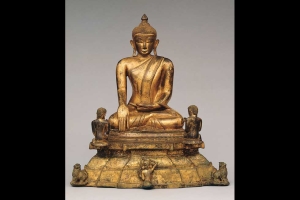 On view in the lobby

The historical Buddha, often called Sakyamuni (“Sage of the Sakyas”) in later times, was born into an elite family of the Sakya clan, whose territory lay on what is now the border between northeastern India and Nepal. Traditionally, the date of his birth was believed to be 563 BCE, but some sources suggest that he was born as much as a century later.

Buddhism began to spread dramatically more than a century after the historical Buddha’s death. A Sri Lankan chronicle compiled in the sixth century CE records that the Indian emperor Ashoka (reign ca. 268–232 BCE) sent missionaries to the “land of gold,” which scholars believe was in Southeast Asia. The missionaries, as well as Indian and Sri Lankan traders and scholars, brought Buddhism and its teachings and imagery with them to kingdoms of Southeast Asia. By the seventh century, Buddhism was a major religious force across both South and Southeast Asia, and travel and exchange among these countries flourished for centuries after.

The sculptures on view include Indian Buddha images from the Gupta and Pala periods, which had major stylistic influence on the Buddhist artistic production of Southeast Asia, as well as an example from the primarily Buddhist countries that are present-day Myanmar and Thailand.

This installation coincides with the exhibition Buddhist Art of Myanmar, on view in the second and third floor galleries from February 10 through May 10, 2015.