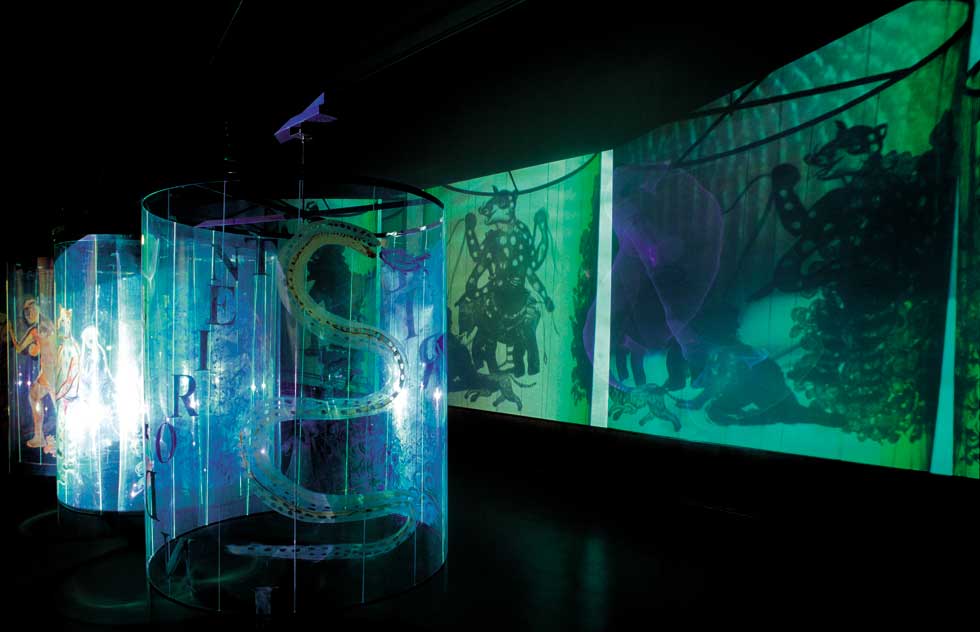 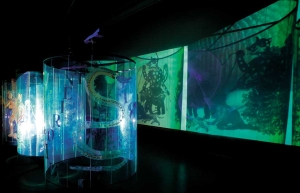 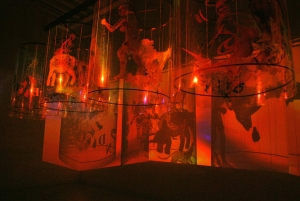 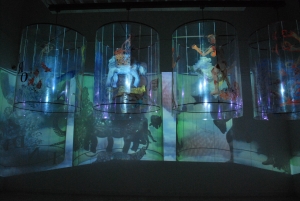 Nalini Malani is considered one of the foremost artists from India today. She was born in 1946 in Karachi before the 1947 Partition of India and was trained as a painter at the Sir Jamsetjee Jeejebhoy School of Art in Mumbai (1964–1969). Malani became known as a pioneer in India in the 1980s for her attention to feminist issues, and later in the early 1990s for her innovative theater and installation projects. Her multimedia projects feature recurring themes around the subjects of gender, memory, race, and transnational politics, especially in reference to India’s postcolonial history after independence and partition. The artist often draws upon stories from Hindu and Greek mythology, nineteenth-century literary nonsense writing by such authors as Lewis Carroll and Edward Lear, and early-twentieth-century experimental theater to create allegories for present day events.

Transgressions II, 2009, a video/shadow play from the Asia Society Museum Collection, explores the nuances of Western postcolonial dominance in India. This three-channel video installation integrates the folk sensibility of traditional shadow plays with new technology to create mesmerizing projections of colors and imagery.

Three videos are projected through four transparent Lexan cylinders, which the artist has painted in a manner that references the Kalighat style practiced in Bengal in the nineteenth and early twentieth centuries. In their time, Kalighat paintings often commented on topical events and Malani makes use of this genre to examine the power dynamics of transnational commerce in our increasingly globalized world. Malani’s technique of painting on transparent surfaces was inspired by the genre of reverse glass painting, brought to the subcontinent in the eighteenth century by the Chinese. As the reverse-painted cylinders rotate, images of a wrathful female deity, boxers, and animals inspired by Edward Said’s Orientalism create an ever-shifting tableau on the gallery walls. The imagery is accompanied by a recording of a poem written by the artist. Also included is a selection of artist books, which highlight how drawing and painting have always been integral to Malani’s practice.

Indian artist Nalini Malani introduces audiences to her video/shadow play and talks about the various sources of inspiration underlying her work.