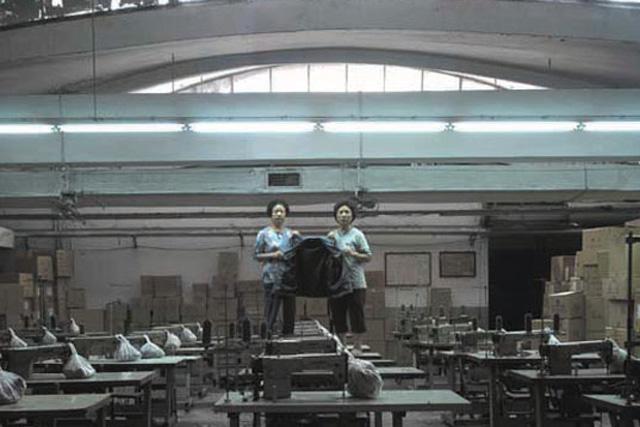 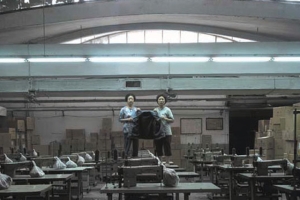 Condensation: Five Video Works by Chen Chieh-jen was the first major solo exhibition of leading Taiwanese artistChen Chieh-jen in the United States. Born in 1960 and based in Taipei, Chen has gained both local and international acclaim for his important works in photography, installation, performance, and video art—his medium of choice since 2002. "Condensation introduces museum audiences to the depth of Chen's video works, which are compelling in their sense of urgency towards issues of politics, humanism, and social welfare," said Melissa Chiu, Museum Director, Asia Society.

Chen's near silent works visually condense a range of human emotions such as pain and isolation to examine the social, political, and historical burdens of marginalized people and communities in Taiwan and beyond. He presented his first video work, Lingchi - Echoes of a Historical Photograph, at the 2002 Taipei Biennial. In this work, the artist reinterprets Chinese history by analyzing an early twentieth-century documentary photograph of a criminal execution in pre-modern China taken by a French soldier and made famous by the French thinker Georges Bataille. In the video works Factory, Bade Area, and On Going, the artist focuses his lens on forgotten locations and ostracized populations.

His most recent work, The Route, was commissioned by Tate Gallery, Liverpool, for the 2006 Liverpool Biennial. In this, Chen creates a link between Taiwan and the rest of the world by secretly restaging, with casts of actual Taiwanese laborers, union protests and demonstrations that took place in ports across the world, but not in Taiwan. His powerful visual narratives are woven out of images of both past and present-day Taiwan, but they also transcend cultural boundaries and carry universal resonance.

The artist comments: "Taiwan has become a ‘fast-forgetting' consumer society that has abandoned its right to 'self-narration' and this has spurred me to resist the tendency to forget. One of my methods of resistance is to view each film I make as an act of connection, linking together the history of people who have been excluded from the dominant discourse, the real-life situations of areas that are being ignored, and ‘others' who are being isolated. In this way, I resist the state of amnesia in consumer society."

All of Chen's video works are produced and shot on high-quality 16 or 35 millimeter film, which is then converted onto DVD format and looped for museum presentation.

Chen's video works are also produced without spoken lines, voice-overs, or music; in his view, this is a reflection of the condition of marginal areas that have been silenced. The exception is Lingchi, where tiny sounds may be heard on and off for a few seconds at a time. These sounds are recordings of the electromagnetic waves emitted by Chen's own skin; in this way, the artist physically inserts himself into the work. "Chen's video works are unique in so many ways. For example, Chen looks intently into the morphological differences and similarities between photography, video, and film," said Miwako Tezuka, curator of the exhibition. "His slowly panning video images, as sleek and grand as film, move out and away, slowly, from the medium of photography for which he is also well known."

Made possible with support from the Council for Cultural Affairs, Taiwan and Taipei Cultural Center, Taipei Economic and Cultural Office, New York. Additional support provided by the Asia Society Contemporary Art Council, the Sheryl and Charles R. Kaye Endowment for Contemporary Art Exhibitions, and the National Endowment for the Humanities.

Chen Chieh-jen has established himself on the international stage, having shown his work at the Bienal de São Paulo (1998), Venice Biennale (1999), Galerie Nationale du Jeu de Paume in Paris (2001), and Taipei Biennial (2002), among others. During the 1980s and early 1990s, before and after martial law was lifted in Taiwan, he was active in performance art. In 2000 he was awarded the Special Prize at the Gwangju Biennale in Korea.

NEW YORK, June 20, 2007 - Excerpt from Chen Chieh-jen's complete video works at the Asia Society on the effects of globalization on the marginalized in society.