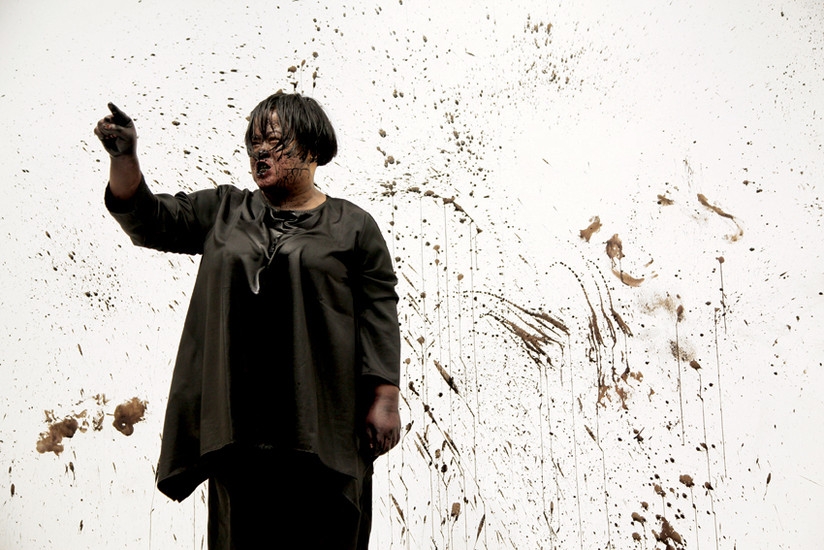 Can’t make it to this program? Tune in Tuesday, October 15, at 6:30 p.m. New York time for a free live video webcast. #AsiaSocietyLIVE

One of Asia’s most important contemporary artists, Melati Suryodarmo, has been creating powerful, immersive performance work for nearly 25 years. In this talk, she discusses her creative journey, philosophy, and artistic practice, shaped by multiple influences from traditional Javanese meditation to Japanese butoh to her study of performance art with Marina Abramović. She will be in conversation with Asia Society’s Vice President of Global Arts & Cultural Programs and Museum Director Boon Hui Tan.

This talk is organized in conjunction with the world premiere of Suryodarmo's performance IF WE WERE XYZ, a commissioned work by Asia Society, taking place on October 17 from 3–6 p.m. and October 18 from 5–8 p.m. in the Asia Society Museum galleries.

Suryodarmo’s performances and talk are part of Asia Society's Creative Common Ground, an initiative focused on the commissioning of interdisciplinary works that bring together artists and talents from different disciplines.

Boon Hui Tan is Vice President for Global Arts and Cultural Programs, and Director of Asia Society Museum, where he leads the organization’s global arts and cultural activities spanning visual arts, performing arts, literary arts, and film. Prior to this, he was Assistant Chief Executive (Museum & Programs) at the National Heritage Board (NHB) in Singapore, where he oversaw exhibitions, programs, and outreach events across the Board’s museums, institutions, and divisions. In 2015, he was Artistic Director for Singapour en France, le Festival, the largest multidisciplinary presentation of contemporary culture from Singapore and Southeast Asia in France. As a curator and programmer, his research and writing interests focus on the contemporary artistic expressions of Southeast Asia and Asia, and the remaking of traditions among artists of today. He was Director of the Singapore Art Museum from 2009 to 2013, where he led the transformation of the museum into a contemporary art institution focused on Southeast Asia and assembled the largest public collection of contemporary art from the region. He initiated the regional focus and group curating approach which became the distinguishing feature of the Singapore Biennale 2013: If the World Changed, and served as a cocurator and Project Director. Tan was a founding board member of the International Biennial Association. He is currently Artistic Director and co-curator (with Michelle Yun) of the inaugural Asia Society Triennial, an initiative launching in June 2020.