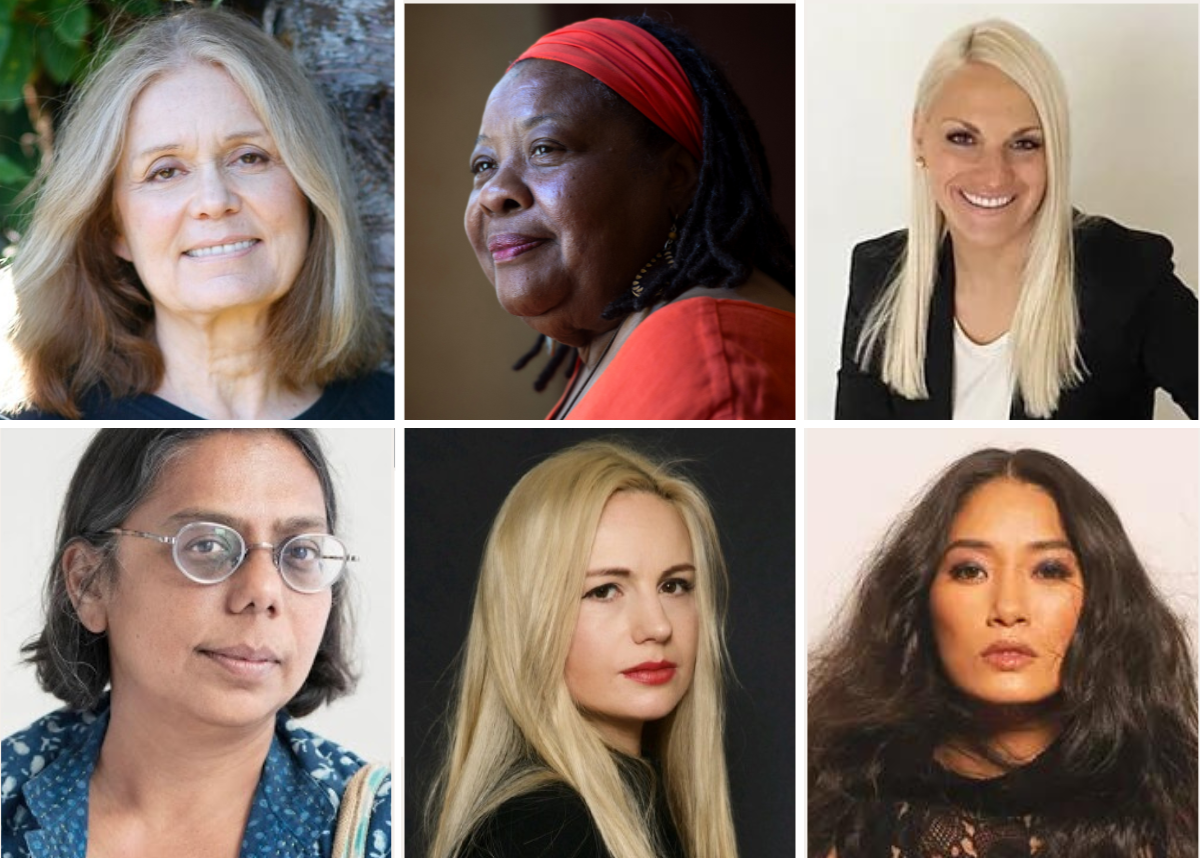 This event celebrates 75 years of India's independence with Gandhi's talisman "Recall the face of the poorest and the weakest wo/man whom you may have seen, and ask yourself if the step you contemplate is going to be of any use to him/her."

Tune in on Monday, October 10 at 6:30 p.m. New York time for a live webcast of the event. #AsiaSocietyLIVE

It will highlight global grassroots constructive action to eradicate child sex trafficking, recognize individuals who have stood up for The Last Girl, and feature a keynote conversation with writer/activist Gloria Steinem and activists Ruchira Gupta and Ruby Sales.

A panel with awardees Ruby Sales, legendary civil rights activist, and one of 50 civil rights leaders showcased by the Smithsonian National Museum of African American History and Culture in Washington, DC, Chloe Flower, musical powerhouse and Grammy show-stopper, Tatiana Kotlyarenko, Advisor on Anti-Trafficking Issues at the Organization for Security and co-operation in Europe (OSCE), and Kendall Alaimo, survivor leader and founder of #SeatforSurvivors, will kick off the evening.

Followed by a reception

Public Theologian, Historian, Activist, Social Critic, and Educator
Ruby Nell Sales has always looked to her work as a calling rather than a career. As a teenager, she joined the Student Nonviolent Coordinating Committee working on voter registration and has continued to be a strong supporter for change. Having an educational background from Manhattanville College, Princeton University, and Episcopal Divinity School, she founded the NGO SpiritHouse Project. Teaching at colleges like Morehouse, honoured in Smithsonian Museum of African American History & Culture, speaking at TED on pains of racial division, organizing events for racial justice
urgency signifies Sales’ leadership aim towards advancing democracy and nurturing hope.

Chloe Flower is a visionary, an icon, an activist, a fashion influencer, and so much more. Chloe bridges the gap between classical and pop music as she blends her education from Manhattan School of Music and London’s Royal Academy Of Music from the age of twelve. The multi-hyphenate star has become music and fashion’s go-to creator as she intertwines her personal couture style and unique sound into something the industry has never seen or heard. Serving as an Official Steinway artist, Chloe has grown into a musical powerhouse — from her show-stopping 2019 GRAMMY® Awards performance with Cardi B to a surprise performance with Meek Mill at a sold-out Madison Square Garden concert.

Tatiana Kotlyarenko is the Advisor on Anti-Trafficking Issues at OSCE/ODIHR since 2016. She worked on the 2nd edition of the National Referral Mechanisms - Joining Efforts to Protect the Rights of Trafficked Persons: A Practical Handbook, and Addressing Emerging Human Trafficking Trends and Consequences of the COVID-19 Pandemic, as well as providing technical support and capacity building to combat trafficking in human beings to OSCE participating states. In response to the ongoing armed conflict in Ukraine, which especially impacts women and children, Tatiana is conducting rapid assessment missions and providing recommendations to countries on how to prevent and address trafficking of Ukrainian women and children.

International Activist, Professionally trained Artist, Educator
Having survived child trafficking and re-exploitation, Alaimo has continually worked to advocate for the innovation of ethical clinical care for complex trauma survivors. During her address at the 2021 The United Nations General Assembly High-Level Meeting on Combating Trafficking in Persons, she stated, “Let's come together, let's work together and let's bring these survivors home.” She started the global #seats4surviors campaign where red seats were gifted to institutions and individuals to stress the significance of survivor seats in all spaces for true social inclusion. Combatting the dehumanisation and commoditization of humans is the mission of Kendall’s which is under way at the Red Seat Foundation.

The NGO Apne Aap works to end sex trafficking inspired by the twin Gandhian principle of Ahimsa and Antodaya in India and the US. It has helped thousands of girls and women access education, dignified livelihoods, and legal protection, especially among de-notified tribes trapped in inter-generational prostitution.

In partnership with Apne Aap

Part of Spotlight on India