Israel and the World: 'Sustainable Nation' 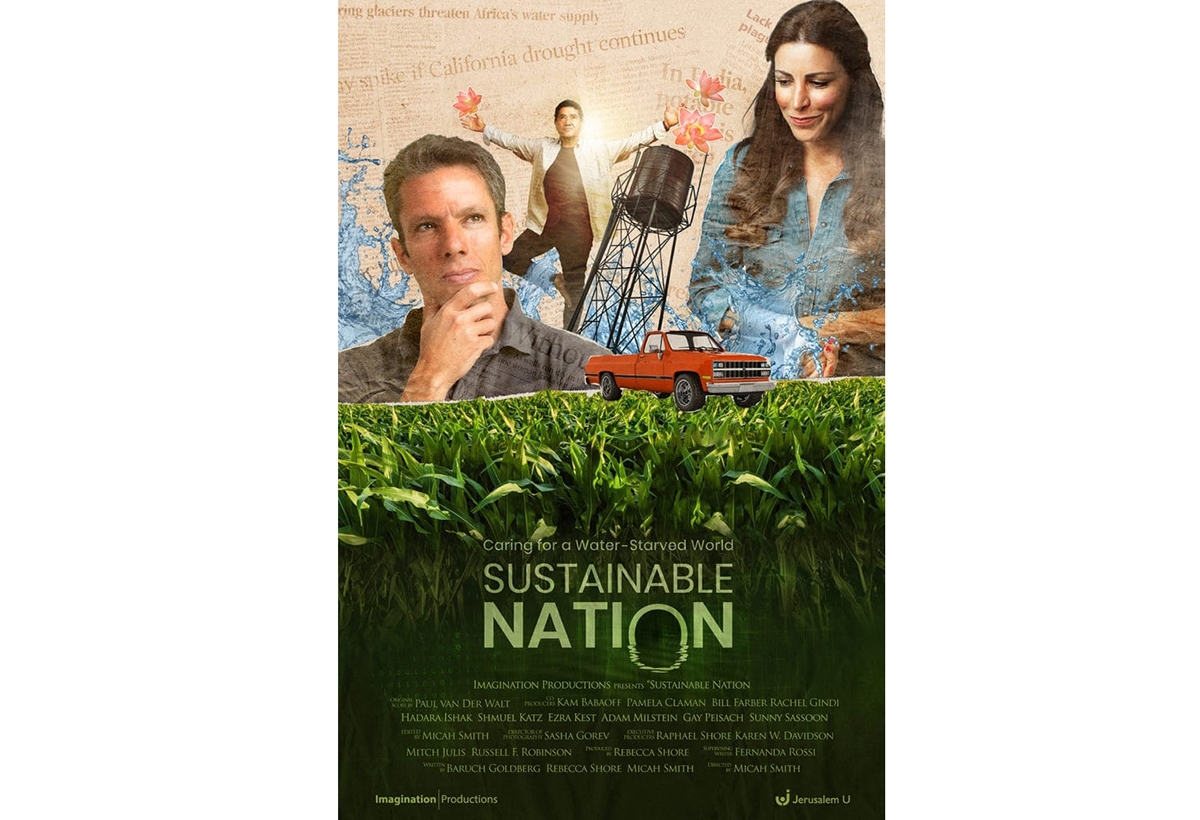 Water scarcity is one of the most daunting challenges humankind faces today. While we may not feel it in our day-to-day lives, millions of people around the world are suffering from a lack of water. Sustainable Nation is a new, award-winning film that profiles three Israelis who are tackling the problem and bringing sustainable water solutions to countries across the globe. Their innovative work underscores how solving these challenges can help free millions of people from life-threatening poverty, illness and lack of opportunity. Sustainable Nation is also a story about the innovation that emanated from Israel in recent years; the country now known to many as “startup nation” is today a hub for trailblazing hi-tech work that brings practical solutions and hope to people in need around the globe. Join us for a screening of this film followed by a Q&A session with its executive producers, Mitch Julis and Raphael Shore.

Mitchell R. Julis is Co-Founder, Co-Chairman and Co-Chief Executive Officer of Canyon Partners, LLC. In 2014, Mr. Julis, along with co-founder Mr. Friedman, received Institutional Investor’s “Lifetime Achievement” Award.  He serves as a Trustee of the Brown University Corporation and on the Board of Overseers at the Watson Institute for International and Public Affairs at Brown University.  He is currently a member of the Advisory Council for the Julis-Rabinowitz Center for Public Policy and Finance at the Woodrow Wilson School of Public and International Affairs.  In addition, he is a member of Princeton’s School of Engineering and Applied Science Leadership Council. Furthermore, he sits on the Board of Trustees at the Asia Society, the Jacobs Technion-Cornell Institute Advisory Council and the Dean’s Advisory Board at Harvard Law School.  Also noteworthy is his active role in establishing the Harvard Law School Program on Jewish and Israeli Law.  In 2019, Mr. Julis received an Honorary Fellowship from the Technion – Israel Institute of Technology.

Raphael Shore, a graduate of the University of Toronto, is the Founder and Executive Chairman of OpenDor Media (formerly Jerusalem U). Shore produced the documentary, Sustainable Nation, about Israeli advances in water technology. He also produced the 2016 mini-documentary, Mekonen: The Journey of an African Jew, and its 2015 predecessor, Beneath the Helmet: From High School to the Home Front. Two more of his powerful productions are the documentary Crossing the Line 2: The Intifada Comes to Campus, and the 2012 PBS-featured film, Israel Inside: How a Small Nation Makes a Big Difference.

Tom Nagorski became Executive Vice President of the Asia Society following a three-decade career in journalism — having served most recently as Managing Editor for International Coverage at ABC News. Before that, he was Foreign Editor for ABC’s World News Tonight, and a reporter and producer based in Russia, Germany, and Thailand. Nagorski was the recipient of eight Emmy awards and the Dupont Award for excellence in international coverage, as well as a fellowship from the Henry Luce Foundation.

Watch the trailer below: