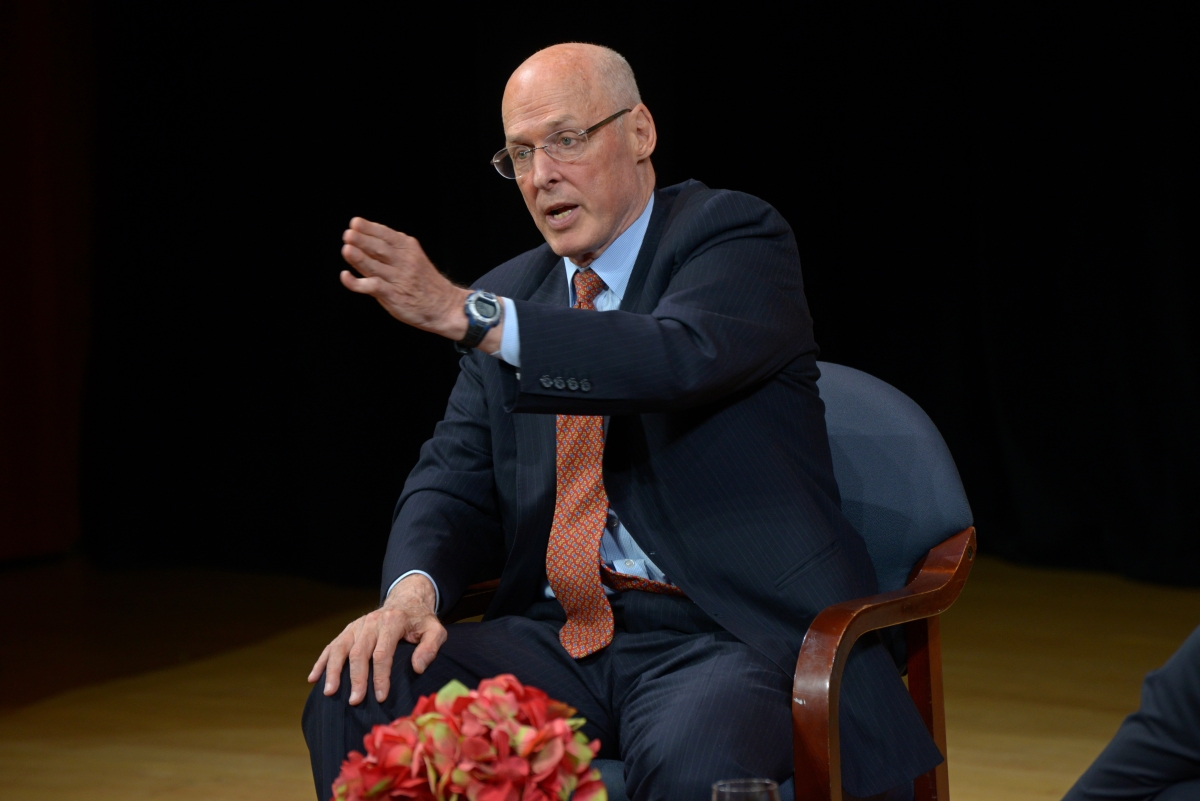 Can’t make it to this program? Tune in Tuesday, Nov. 13, at 5:30 p.m. New York time for a free live video webcast. #AsiaSocietyLIVEAsiaSociety.org/Live

2018 has seen commercial tensions between the United States and China escalate into a trade war. Over the past several months, the world’s two largest and most critical economies have levied substantial tariffs in the hundreds of billions of dollars against one another, marking what is perhaps the worst period in bilateral relations in years. Both governments seem unwilling to back down, and rhetoric from Beijing and Washington has grown increasingly strained.

Given these troubling developments, former U.S. Treasury Secretary Henry M. Paulson, Jr. will deliver a major speech at Asia Society on U.S-China relations. He will address the growing distrust and hostility between the U.S. and China and the real danger that the global economy will experience an economic iron curtain.

Following his speech, Paulson will participate in a conversation with Asia Society President and CEO Josette Sheeran on this timely and important subject.

**Please note that space for this event is limited.**

Henry M. Paulson, Jr., is a businessman, China expert, conservationist and author. He is the founder and chairman of the Paulson Institute. Paulson served as the 74th Secretary of the Treasury under President George W. Bush, from July 2006 to January 2009. Prior to that, he had a thirty-two year career at Goldman Sachs, serving as chairman and chief executive officer beginning in 1999. Earlier in his career, he was a member of the White House Domestic Council as well as a staff assistant at the Pentagon. Paulson is co-chair of the Aspen Institute’s Economic Strategy Group. His book, Dealing with China, details his career working with scores of China’s top political and business leaders and witnessing the evolution of China’s state-controlled capitalism.

Josette Sheeran is the seventh President and CEO of Asia Society. She is responsible for advancing the organization’s global work in the fields of arts and culture, policy and business, and education. She also serves as the UN Special Envoy to Haiti, representing the UN Secretary-General. Sheeran is former vice chair of the World Economic Forum, known for its annual Davos convening and Davos in China. Prior to this, Sheeran was executive director of the United Nations World Food Programme (WFP). Previously, Sheeran served as a diplomat and negotiator for the United States, including as U.S. Under Secretary of State for Economic, Business, and Agricultural Affairs, and deputy U.S. Trade Representative.