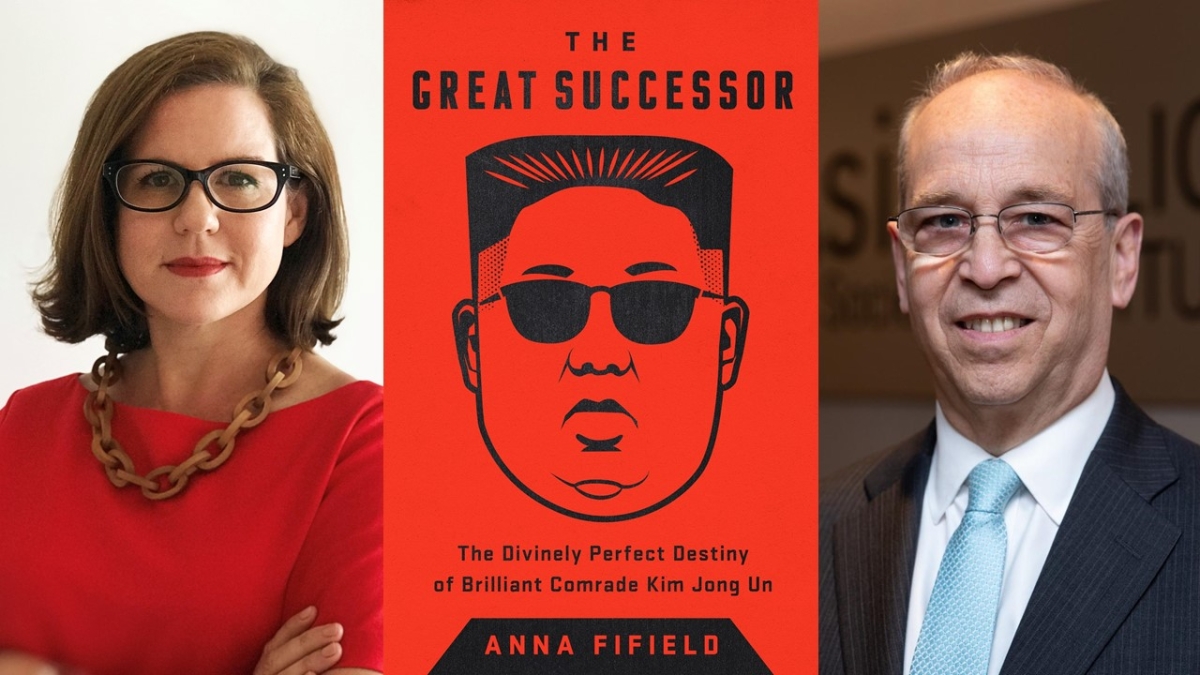 Composite image of Anna Fifield, Daniel Russel, and the cover of The Great Successor (PublicAffairs).

Can’t make it to this program? Tune in Thursday, Jun. 13, at 6:30 p.m. New York time for a free live video webcast. #AsiaSocietyLIVEAsiaSociety.org/Live

The Great Successor is an insightful quest to understand Kim Jong Un. His life story is swathed in myth and propaganda, from the plainly silly claim that he could drive from the age of three, to the grim and bloody stories of the enemies and family members who have perished at his command. His behavior — and North Korea’s — have inspired fear as well as ridicule. Yet, those who relegate Kim and the “Hermit Kingdom” to a mere caricature will miss the changes and challenges from North Korea under his leadership. Kim Jong Un has defied labels. Is he a tyrant? A Great Leader? Little Rocket Man? He is the first North Korean leader to set foot on South Korean soil and has twice brought a sitting U.S. President to the negotiating table — will he be the leader that brings North Korea into the community of nations?

Join us for a conversation with Anna Fifield, author of The Great Successor: The Divinely Perfect Destiny of Brilliant Comrade Kim Jong Un and Beijing Bureau Chief for The Washington Post, and Asia Society Policy Institute’s Daniel Russel, on Kim Jong Un and the trajectory he has set for North Korea. What comes next after the breakdown of negotiations with the U.S. in Hanoi?

Anna Fifield is the Beijing Bureau Chief for The Washington Post and Asia Society Asia 21 Young Leader. She is author of The Great Successor: The Divinely Perfect Destiny of Brilliant Comrade Kim Jong Un. Previously, she was the Post's Bureau Chief in Tokyo between 2014 and 2018, covering Japan and the two Koreas. She particularly concentrated on North Korea, trying to shed light on the lives of ordinary people there and also on how the regime managed to stay in power.

The Great Successor: The Divinely Perfect Destiny of Brilliant Comrade Kim Jong Un by Anna Fifield can be pre-ordered at the Asia Store or through the Asia Store website.

This program is made possible through the generous support of the Nicholas and Sheila Platt Endowment for Public Policy, and in coordination with Asia Society's Asia 21 Young Leaders Initiative.