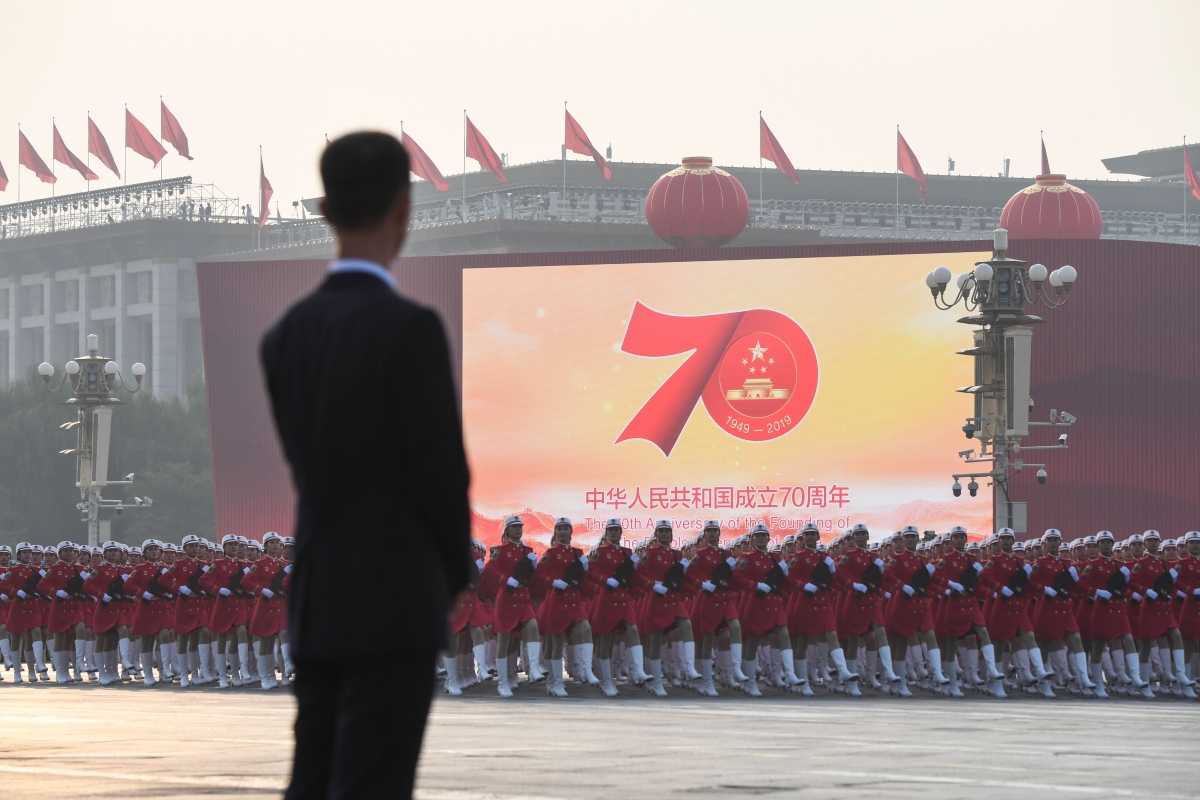 Can’t make it to this program? Tune in Wednesday, November 13, at 10:00 a.m. New York time for a free live video webcast. #AsiaSocietyLIVEAsiaSociety.org/Live

The world today is focused on understanding the changes they now see in Chinese policy and action across the globe. But these changes all have their origins in the unfolding currents of China’s own domestic politics. This has long been opaque to the outside world, but it remains an essential starting point for any real understanding of where China’s Communist Party leadership, as well as its people, aspire to take the country.

Within this frame, the Asia Society is pleased once again to welcome Prof. Geremie Barmé, one of the world’s leading authorities on Chinese political, cultural, and social movements. Prof. Barmé has held a number of distinguished positions in his chosen field at the Australia National University in Canberra. He is currently Director of the Australian Centre on China in the World and Co-Founder of the Wairarapa Academy for New Sinology.

Prof. Barmé has entitled his remarks, “Where Silence Reigns, Startling Claps of Thunder.” He outlines these as follows:

From late 2018, China has marked a series of major anniversaries and commemorations.  A century of political, cultural and social upheavals have been brought into sharp focus by tumultuous contemporary events. Today, the past is living in the present in ways that are significant not only for the ‘Chinese commonwealth,’ but also for China in the world.

This lecture — the title of which comes from a poem by the writer Lu Xun (d.1936) — will address the 2018-2019 ‘year of anniversaries’ in the context of ‘Voiceless China,’ an expression Lu Xun used when addressing an audience in Hong Kong in 1927. Although today China is anything but voiceless, the 2018-2019 year of anniversaries has passed as much in silence as it has in commemoration.

This lecture will introduce some of the voices, or ‘claps of thunder,’ that have broken the silence at the two poles of China’s People’s Republic — to the north in Beijing and in Hong Kong far to the south. Like the men and women who demanded to be heard during the clamorous era of the May Fourth Movement, today China’s voices of conscience and resistance are also determined to ‘speak out of turn.’

After Prof. Barmé's remarks, he’ll be joined in conversation with Professor Jing Tsu, Chair of the Council on East Asian Studies at Yale University, and Orville Schell, Arthur Ross Director of the Center on U.S.-China Relations at Asia Society.

Geremie Barmé is a historian, cultural critic, filmmaker, translator, and web-journal editor who works on Chinese cultural and intellectual history from the early modern period (1600s) to the present. In 2016, with the literary translator John Minford, he founded The Wairarapa Academy for New Sinology, which publishes China Heritage. Prior to that, he was Founding Director of the Australian Centre on China in the World and a Professor of Chinese History at The Australian National University (ANU). Barmé is the author of Shades of Mao: The Posthumous Cult of the Great Leader (M.E. Sharpe, 1996), In the Red: On Contemporary Chinese Culture (Columbia University Press, 1999), The Forbidden City (Harvard University Press, 2008), among others. His book An Artistic Exile: A Life of Feng Zikai (1898-1975) (University of California Press, 2002) was awarded the Joseph Levenson Prize for Modern China in 2004.

Jing Tsu is John M. Schiff Professor of East Asian Studies & Comparative Literature and Chair of the Council on East Asian Studies at Yale University. She writes on modern and contemporary China in the areas of culture, science and technology, literature, and international affairs. Her new book, Out of the Kingdom of Characters: China's Language Power and Global Rise will appear with Riverhead at Penguin Random House in 2021.

Orville Schell is the Arthur Ross Director of the Center on U.S.-China Relations at Asia Society. He is a former professor and dean at the University of California, Berkeley Graduate School of Journalism. Schell is the author of 15 books, ten of them about China, and a contributor to numerous edited volumes, including The New Yorker, The Atlantic, The New York Times, The Nation, and The New York Review of Books. His most recent book, with John Delury, is Wealth and Power: China’s Long March to the 21st Century (Random House, 2013). Schell is the recipient of many prizes and fellowships, including a Guggenheim Fellowship, the Overseas Press Club Award, and the Harvard-Stanford Shorenstein Prize in Asian Journalism.