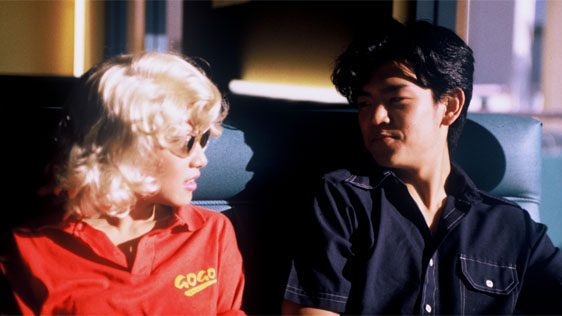 This hip and funny thriller centers on four very different Asian-Americans in their 20s whose lives unexpectedly intertwine. Phil is a payroll clerk who believes that he is turning into a werewolf because he has an unusual amount of body hair. Clarence is a homosexual student who spends most his time studying in the diner where the feisty, blond-wig wearing lesbian Trinh works. Katherine is married to a real meathead. She is terrified of lovemaking and is very forgetful due to occasional blackouts. One day, Katherine loses her wallet. Soon afterward she starts getting romantic letters from Trinh. Her husband finds the letters and begins searching for Trinh. Meanwhile, Clarence makes Trinh his confidante and Phil begins believing that he is responsible for a series of deaths.