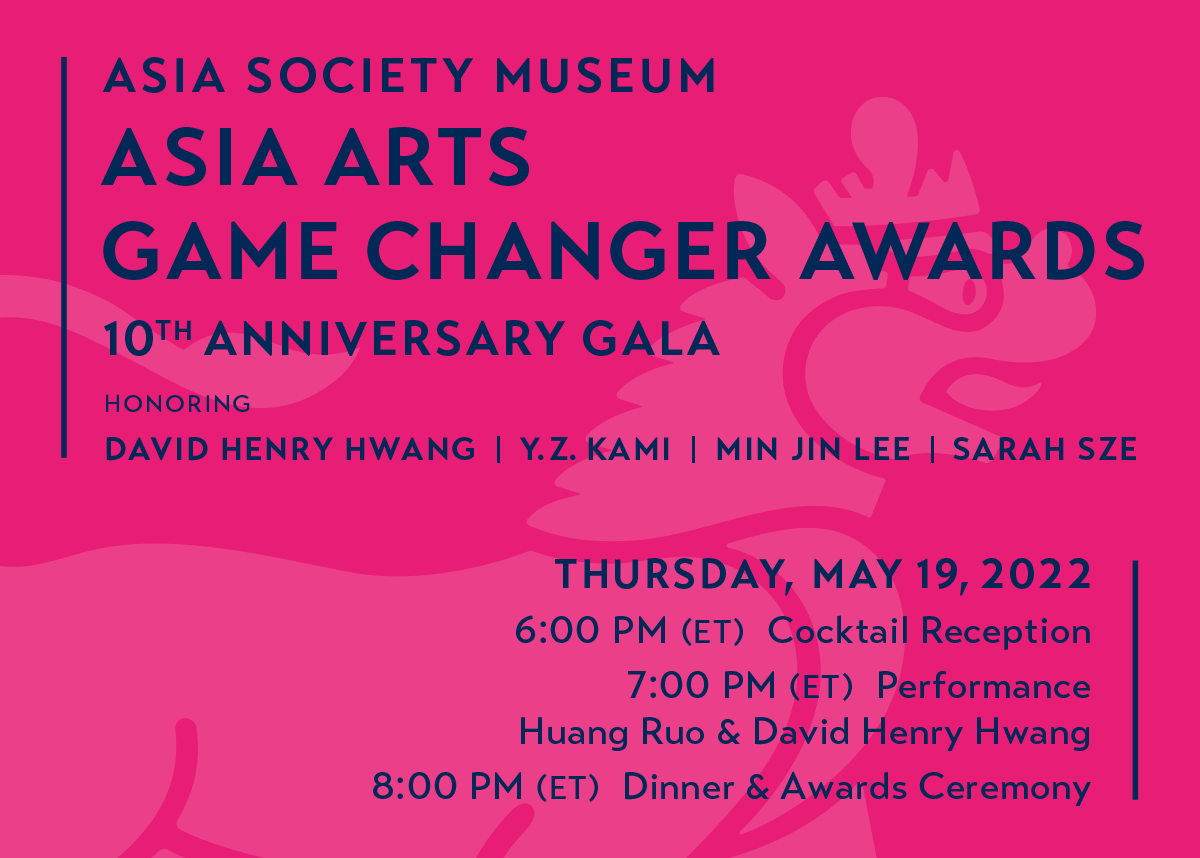 Asia Society is exempt from federal income tax under section 501(c)(3) of the Internal Revenue Code. EIN# 13-3234632. The estimated fair market value of the dinner is $250 per person. The balance is deductible to the extent allowed by law. Contributions are fully tax deductible. Tickets are non-refundable. 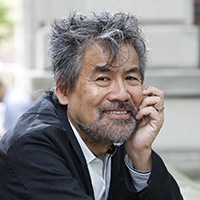 A playwright, librettist, and screenwriter, David Henry Hwang is a Tony Award winner and three-time nominee, a Grammy Award winner and two-time nominee, a three-time OBIE Award winner, and a three-time finalist for the Pulitzer Prize in Drama. He has written libretti for thirteen operas, including the Grammy Award-winning Ainadamar, with music by Osvaldo Golijov; The Sound of a Voice, with music by Philip Glass; and The Rift, with music by Huang Ruo and which recently premiered in a series of commissioned work to celebrate the 50th anniversary of the Kennedy Center. Other works include the plays Chinglish, The Dance and the Railroad, FOB, Golden Child, M. Butterfly, and Yellow Face; the musicals Aida, Flower Drum Song, Soft Power, and Tarzan. His film and TV work includes the movie M. Butterfly and four seasons of The Affair (Showtime). The performance at this year’s Asia Arts Game Changer Awards comprises a selection of pieces written by Hwang in collaboration with Huang Ruo.

Born in Tehran and based in New York, Y.Z. Kami explores in paintings, drawings, collages, and sculptures the flux between matter and spirit. His abstract works reference architecture, geometry, and poetry, and his large-scale portraits ponder the unknown. Self-Portrait as a Child (1990) begins a series based on a family snapshot; Endless Prayers incorporates mandala-like arrangements of textual fragments; and the onggoing series begun in 2017, Night Paintings, features dreamlike biomorphic patterns. Kami’s work has been collected and exhibited by institutions including the British Museum in London and the Solomon R. Guggenheim Museum, Metropolitan Museum of Art, Museum of Modern Art, and Whitney Museum of American Art in New York. Solo institutional exhibitions include the 52nd Biennale di Venezia (2007); Perspectives: Y.Z. Kami, Arthur M. Sackler Gallery, Smithsonian Institution, Washington, D.C. (2008); and Endless Prayers, Los Angeles County Museum of Art (2017).

Min Jin Lee is the author of the novels Free Food for Millionaires and Pachinko, which was named a finalist for the National Book Award and runner-up for the Dayton Literary Peace Prize. Her writing has been featured in The New York Review of Books, The New York Times Book Review, The New Yorker, One Story, and The Wall Street Journal. She is the recipient of fellowships in Fiction from the Guggenheim Foundation, the Radcliffe Institute of Advanced Study at Harvard, and the New York Foundation for the Arts. In 2019, she was inducted into the New York Foundation for the Arts Hall of Fame. She is a Writer-in-Residence at Amherst College and serves as a trustee of PEN America and a director of the Authors Guild. She is at work on her third novel, American Hagwon, and a nonfiction work, Name Recognition. 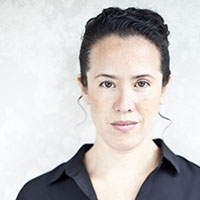 A peerless bricoleur, Sarah Sze moves with a light touch across proliferating media. Her dynamic, generative body of work spans sculpture, painting, drawing, printmaking, video, and installation. Sze was awarded a MacArthur Fellowship in 2003 and a Radcliffe Fellowship in 2005. In 2013, she represented the United States at the Venice Biennale. Her work is exhibited in museums worldwide and held in the permanent collections of prominent institutions across the globe. Sze has created permanent public works for LaGuardia Airport, Storm King Art Center, and the Metropolitan Transportation Authority in New York. In 2023 Sze will present a solo exhibition at the Solomon R. Guggenheim Museum, New York. Sze is a professor at Columbia University in the department of visual arts. 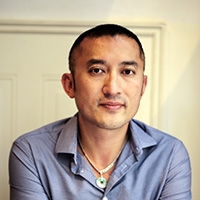 Asia Society Museum is grateful to the following donors who have made this evening possible: