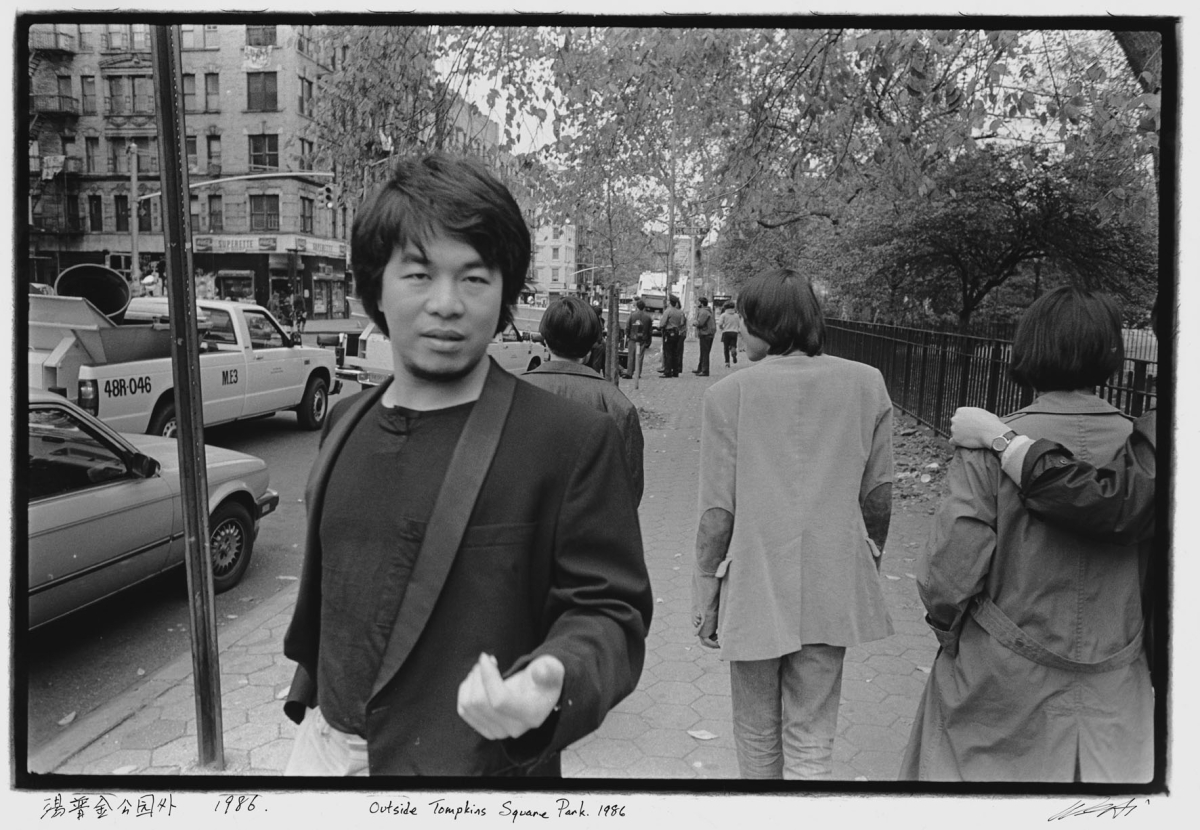 Asia Society Museum presents an exhibition of 227 photographs taken by Ai Weiwei, capturing the history, culture, and atmosphere of 1980s New York from his unique perspective. The exhibition marks the first time Ai Weiwei’s New York Photographs series is being shown outside of China.

Before Ai Weiwei became internationally recognized as an artist and activist, he lived in a tiny apartment in New York’s East Village, and was a prominent member of a community of expatriate Chinese artists and intellectuals in the neighborhood’s then burgeoning avant-garde scene. Throughout those years, from 1983 to 1993, the artist used his camera to document his life and work, his surroundings, and the atmosphere of the time. The photographs document a distinct era in New York, as seen through Ai Weiwei’s eyes, tracing the beginnings of his conceptual art practice. They depict East Village poetry readings, riots in Tompkins Square Park, drag queens at Wigstock, and well-known artists and intellectuals from China, such as filmmaker Chen Kaige, composer Tan Dun and artist Xu Bing.

“Ai Weiwei is one of the most provocative and influential conceptual artists from China today, and in recent years he has become an increasingly iconic figure,” says Asia Society Museum Director Melissa Chiu. “As an artist, his work has stood for individual expression and we hope his recent release, following nearly three months in detention in China, has delivered a new promise of creative potential for him and other artists there. These photographs are a poignant and powerful chronicle of Ai’s artistic vision and emerging political consciousness during his time in New York.”

The New York Photographs series comprises a selection of 227 photographs from Ai’s archive of 10,000, selected by the artist. It is conceived as a single unified installation that reveals Ai Weiwei’s personal experiences, thoughts, and attitudes at the time the photographs were taken.

The full press release is attached below.