A Life That Was Art: The Dancer Balasaraswati | Asia Society Skip to main content

A Life That Was Art: The Dancer Balasaraswati 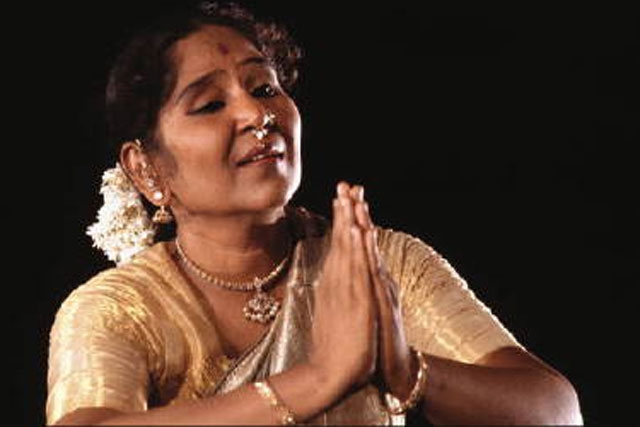 NEW YORK, June 24, 2010 – In his new biography, Balasaraswati: Her Art and Life, Douglas Knight explores the life of one of India’s most prolific artists, the dancer Balasaraswati. At a discussion at the Asia Society, Knight was joined by his son, Aniruddha Knight, Balasaraswati’s grandson, who has taken the helm in carrying on the legacy of the generations of dancers in his family.

Born into a long lineage of celebrated musicians and dancers, the Balasaraswatis grew up in an environment surrounded by music and dance at home. A visiting madman to the family’s home seems to have particularly captured the imagination of the young Balasaraswati, and inspired her devote herself to dance. “If I am dance-mad now, how could it be otherwise? My first guru was a madman,” Balasrawati would later say.

Hereditary Bharata Natyam dance was a way of life requiring complete devotion, and in the case of Balasaraswati a performing family that completely embraced the art. Balasaraswati was part of the devadasi tradition and was dedicated to the temple as a young girl. However, Knight said there were undercurrents in both India and dance at the time that she was growing up—a revisionist effort to redefine Indian values and culture in the fight against British colonial rule. This national redefinition, found its way into Balasaraswati’s life as well, manifested in her patriotism as an Indian and her dedication to preserving the age-old art that was her life. At the same time, a puritanical view had come in with the British and often took a negative view on the traditional dancers.

Aniruddha Knight spoke of the endless nuances that he comes across every time he sees images and clips of his grandmother's perfromances, as if watching for the first time. “It takes you on a journey," he said. "Each viewing is a new discovery … providing new insights and at times even a cathartic experience."

Rare footage of the dancer’s performances, including the only remaining video of her performance with sound as well as clips of a performance in Bombay, were also shown.

In remembering Balasaraswati’s legacy, Aniruddha Knight mentioned her incessant quest to find her authentic voice, stressing that each person should be looking to leave their own stamp. Her devotion to the art was matched by the rigor with which she pushed her own boundaries and thereby, those of the art itself. The greatness of her art was not in its rigid adherence to performances past, but the new dimensions it could take with each artist.