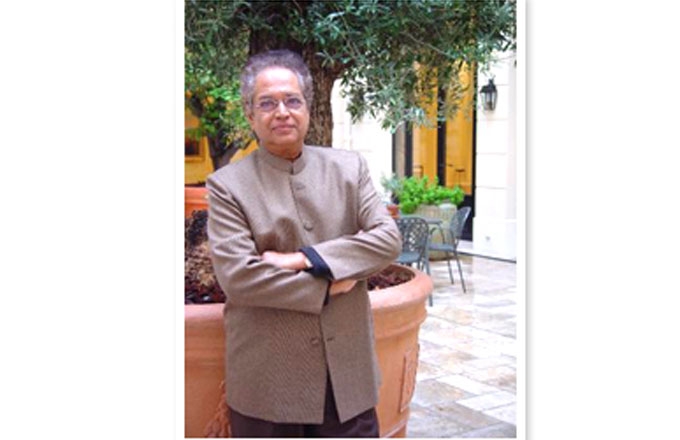 Sudhir Kakar is widely known as the father of Indian psychoanalysis, as well as an accomplished novelist, scholar and translator. His most recent work, a new translation of the Kamasutra of Vatsyayana (Oxford University Press, 2002), was the result of a collaboration with University of Chicago professor Wendy Doniger; it contains not only a complete translation of the third-century text, but also a historical introduction and excerpts from Sanskrit and Hindi commentaries. He is also the author of two new erotic novels: The Ascetic of Desire (Overlook Press, 2002), based on the life of Kamasutra author Vatsyayana, and Ecstasy (Overlook Press, 2002), an exploration of the relationship between guru and disciple.

He has published several books in the fields of psychology, religion, and anthropology, including The Colours of Violence (Viking, 1995), The Analyst and the Mystic (University of Chicago Press, 1992), and Shamans, Mystics, and Doctors (University of Chicago Press, 1991). Professor Kakar has just completed a year-long fellowship at Harvard University's Center for the Study of World Religions and divides his time at various teaching positions in India, Germany, and the United States.

Asia Society spoke with the scholar from his home in Cambridge, Massachusetts.

You wrote in a statement at the end of Ecstasy that the two main characters in the novel are loosely based on the historical relationship between Ramakrishna and Vivekananda. Has the Ramakrishna Mission responded to this?

Ecstasy was just published last month in the US and I have not had any response from the Ramakrishna Mission. Actually, I don't expect any hostile comments since my admiration and affection for the novel's main character, who is loosely based on Ramakrishna, is evident.

But other authors who have dealt with the same topic have come under harsh criticism, irrespective of their affection for Ramakrishna. For example, Jeffrey Kripal's book Kali's Child caused a great deal of controversy because it complicated the relationship between Ramakrishna and his followers and broke down the barrier between the sexual and the spiritual. This is not particular to Ramakrishna; great mystics in virtually all religious traditions have used sex as a metaphor to describe divine union. Why is it so difficult even today for the devout to acknowledge the sexual side of the mystical?

I believe it lies in the devout person's need to idealize someone, somewhere, who is believed to be free of the psychic dangers that sex brings with it, and then to identify with this "divine" being. As normal human beings we are all acutely aware of these dangers. The insatiability of sex, with its waves of violent, consuming hunger, threatens the loss of those we hold dear. Naked in our desire, we are vulnerable to disapprobation, mortification, rejection. Challenging the keepers of the social order and guardians of its taboos, we tremble at the punishment fitting the crime, emasculation, or more generally an unsexing. Worse still for many is the specter of relentless self punishment; searing, burdensome guilt. For the devout, the mystic holds a promise of freedom from these psychic threats.

You begin your novel with a definition of 'ecstasy' as "the state of being beside oneself." Are mystical ecstasy and sexual ecstasy two sides to the same coin? How does the Hindu tradition of bhakti address both types of ecstasy?

Here I can only say that I believe they are two sides of the same coin although, like a man being asked about women's experience of sex, I do not know for sure since I have never experienced mystical ecstasy myself. Bhakti addresses mystical ecstasy but the whole mode of its address, its charge, comes from the memory of sexual ecstasy. And in some of the best bhakti poems the sexual and mystical are so intertwined that it is difficult to separate the two.

Let's talk a bit about the new translation of the Kamasutra that you have just published with Wendy Doniger. Why was it important to do a new translation? How does your translation differ from Sir Richard Burton's?

There are a lot of problems with the Burton translation although it was very courageous of him to publish it at all at the height of the Victorian period. First, it is not a translation of the text alone, since he pads the original Kamasutra by inserting portions of a commentary written a thousand years later. There are a number of mistranslations that change the tenor of the original, especially his underplaying of female sexuality and female agency.

Can you discuss the nature of the relationship between courtesans and clients in the Kamasutra? Was it basically the same as that between prostitute and client in the twenty-first century or was it more complicated?

It was not only more complicated but also very different. The courtesan was not a "fallen" woman but someone worthy of the highest respect. She was certainly more educated and accomplished than almost all other women and the best-known courtesans were regarded as "jewels of the kingdom".

The Kamasutra strikes me as a prime example of the Sanskrit tendency to codify everything; one has to sift through a lot of lists before getting to the juicy parts. Will those who have heard much about the Kamasutra but never read it be surprised?

Yes, most people know the Kamasutra only through rumors. The lists could be disappointing but there could be a pleasant surprise about how much of the Kamasutra echoes contemporary concerns in its treatment of that eternally fascinating subject: the intimate relations between men and women. It is much more than a book on positions in sexual intercourse.

The Kamasutra has played a pivotal role in forming the Orientalist idea of India. I think the average American would be hard-pressed to name any other Sanskrit text. Why do you think that is?

For one, the appeal of sex is universal. Secondly, the Kamasutra has a reputation, built up by its first European translators who waxed lyrical in praise of its freedom from the sexual cant and hypocrisy that characterized their own societies at the time. [The text was seen as] a liberator of sexual fantasy and "vile bodies". And, of course, its effort to include all variations on the matter of sex, a subject of much modern hilarity, has a very serious sub-text that is pre-consciously realized by many modern men and women: that one of the biggest threats to sex comes from boredom.

Fans of the Kamasutra have often noted the contradiction between the explicit nature of the text and the reality of sexual repression in contemporary Indian society. Do you think this contradiction also typified Vatsyayana's time?

I think from all the available evidence we have (and the Kamasutra provides the bulk of it), there was little or no sexual repression at the time, at least among the upper classes. The demands of sexuality had to be reconciled with those of religion, yes, but it was a reconciliation rather than suppression when the two were in conflict.

Why was it important for you to include excerpts from other commentaries in your translation? What do they add to the text?

We have excerpted two commentaries: the earliest Sanskrit one and a modern Hindi commentary. These elucidate difficult parts of the text, but also introduce their own points of view. By comparing and contrasting them, it is possible to see the differences in the attitudes, social mores and moral responses that were prevalent centuries ago from those of today.

If Vatsyayana were alive today, what would he be doing?

Today, Vatsyayana would have been the publisher of Playboy, not Penthouse.