An Indian Twist on the Jewish Diaspora 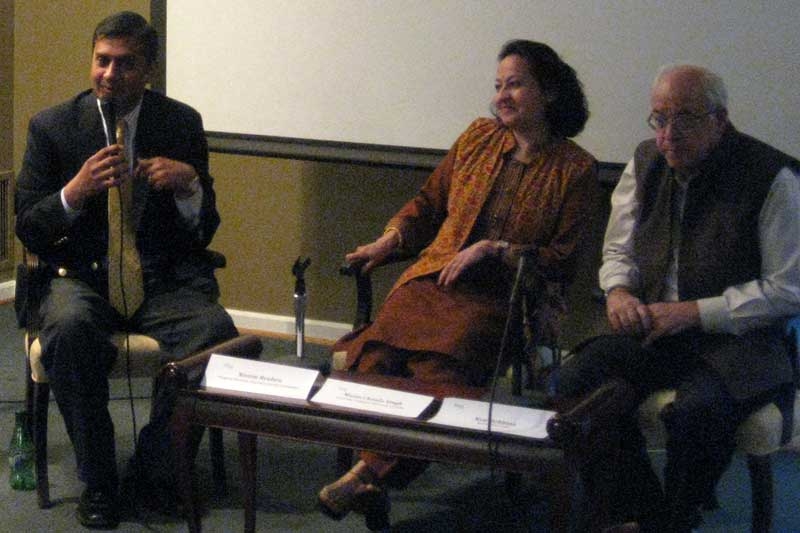 WASHINGTON, May 10, 2011 - A relatively little-known subcontinental subculture came to light here when Asia Society Washington Center hosted a screening of the documentary Next Year in Bombay.

The film relates the story of the Jewish community Bene Israel, which settled in India about 2000 years ago and now numbers approximately 4000 residents.

The screening was followed by a panel discussion featuring two member of Bene Israel community, Nissim Reuben and his father Benjamin Reuben, along with University of Delhi Associate Professor Maina Chawla Singh, and Indian cultural expert Ken Robbins, a psychiatrist known for his scholarly work on minorities in India.

The Reubens told listeners that as Indians they had no experience with anti-Semitism of the sort that still plagues other parts of the world. In fact, a great many of India's synagogues sit comfortably in Muslim neighborhoods, and overall the Bene Israel story stands as an exemplar Indian pluralism and diversity.

However, most of the community moved to Israel in the 1950s and '60s — and since today it is so small, Indian Jewish culture could evaporate within one generation. Many families are afraid they will have to choose between staying in India and being Jewish. Next Year in Bombay raises the question of whether the creation of Israel, in an odd trick of history, hasn't actually threatened a unique Jewish culture.

In the following video excerpt, Benjamin and Nissim Reuben share what it's like to belong to the unique cultural matrix that is Indian Jewry.