The Stakes of the US Presidential Elections for Asia 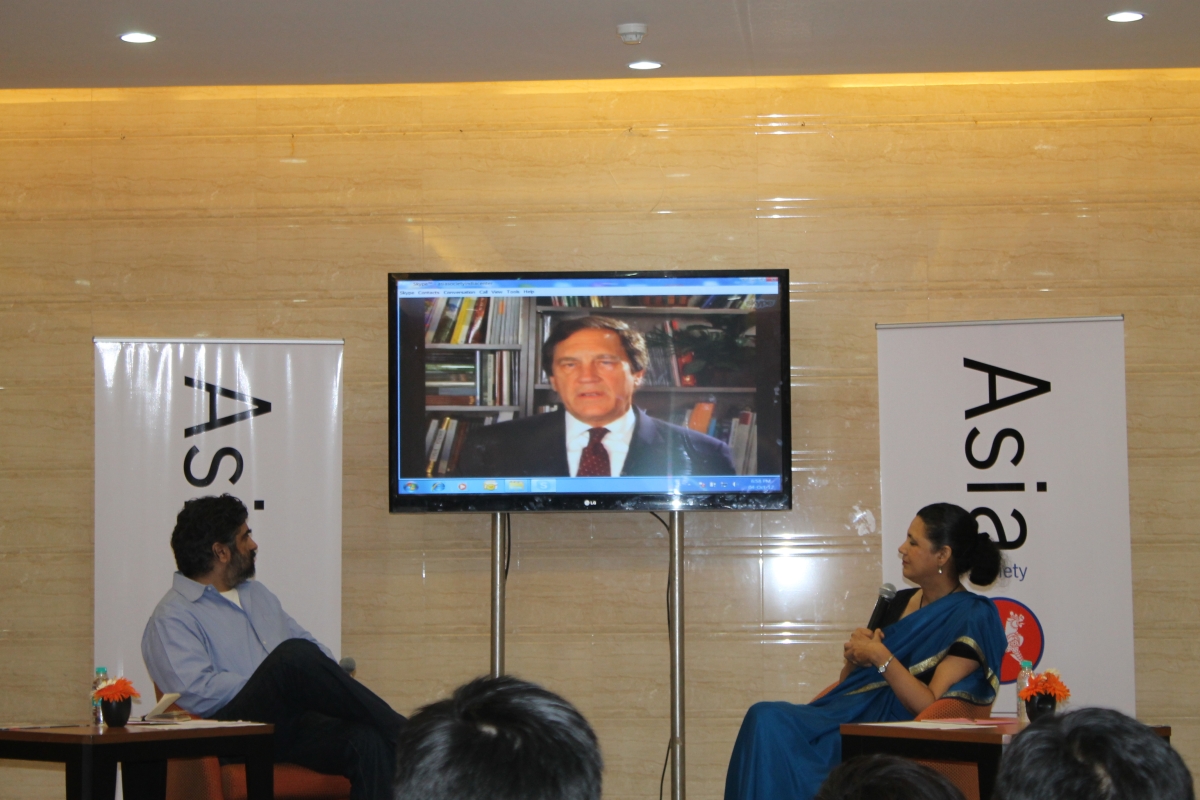 MUMBAI, October 4, 2012 — With the U.S. presidential elections just around the corner, it is crucial to understand the rhetoric of the two candidates and how their policies could shape the economic, political and security future of Asia. To explore this topic, Asia Society India Centre hosted a discussion on "Reading Between the Lines of the US Presidential Elections: Foreign Policy and the Stakes for Asia," with Ambassador Meera Shankar, former Indian Ambassador to the United States, and Ambassador Karl Inderfurth, Wadhwani Chair in U.S.-India Policy Studies at the Center for Strategic and International Studies (CSIS) and former U.S. Assistant Secretary of State for South Asian Affairs. The event was moderated by Hartosh Singh Bal, Political Editor of Open magazine.

Inderfurth explained that much of the political rhetoric of candidates Barack Obama and Mitt Romney is "focused on the domestic economy and how to get the American people back to work." Shankar stressed the importance of understanding "how these campaign rhetoric gel into policies which will be shaped by the realities of the world where we see a much greater level of interdependence today than before and also much greater degree of complexity as we see areas such as west Asia and north Africa undergoing revolutionary transformation." She highlighted the differences in the approach to foreign policy of the two candidates, observing that Romney views America as "leading from the position of strength" whereas Obama believes that "America cannot meet the challenges of the 21st century on its own and the world too cannot meet the challenges without America." The speakers noted that both candidates have a positive view of engagement with India.

Shankar noted that both candidates believe that the Israel-Palestine issue should be negotiated between Israelis and Palestinians themselves. Inderfurth added that Romney is skeptical about a two-state solution, which Obama favors, and Obama has been frustrated at not being able to bring forward a peaceful settlement between the two nations and hopes to re-engage with the issue. Shankar commented that both candidates agree that Iran should be nuclear-free, and that the real differences in their positions will depend on where the "red lines" are drawn. She also emphasized that Iran should clarify doubts of the International Atomic Energy Agency, and emphasized Iran's geopolitical importance to India.

On differences in approaches to negotiating a political settlement in Afghanistan, Shankar said that the current administration has sought direct negotiations with the Taliban under the condition they give up terrorism, whereas Romney has said that he will not negotiate with terrorists. Inderfurth added that there has been no progress in political reconciliation as the Taliban are not interested in negotiating with the U.S. or the Afghan governments. Both Inderfurth and Shankar agreed on the importance of a regional approach of non-interference to ensure stability after the departure of U.S. military personnel from Afghanistan in 2014.

Inderfurth remarked that Pakistan must be engaged to ensure its stability, and that the difficult history of the U.S. with Pakistan will be a challenge for the next administration.

In response to Hartosh Singh Bal's question on China's role a regional player, Shankar highlighted the increasing degree of economic interdependence of countries with China and stressed the importance of shaping "an Asian balance which will better ensure that China's rise is one which is positive for Asia and is anchored in regional and international norms and institutions." Ambassador Inderfurth also recommended that China should be looked at for engagement, not containment. Shankar remarked that China's behaviour on its boundary issues feeds into doubts about US policies in the region.

Concluding the discussion, Shankar emphasized the importance of "regained momentum in the U.S. economy, because the U.S. is so much an engine in the global economy and the world is so interconnected that we are seeing an anemic recovery in the U.S. and a prolonged economic crisis in Europe, which is having an impact on the Asian economies." Inderfurth hoped for a more bipartisan approach amidst the current policy paralysis in the U.S. government.

Predicting the outcome of the elections, Bal put his lot in with Obama.

The programme was part of the AsiaLive series, which Asia Society India Centre presents in partnership with Open magazine to feature timely debates and discussions on major news events that impact Asia.

The programme was presented in partnership with Open magazine and Public Diplomacy Division. Outreach partners for the event were the U.S.-India Business Council, Think Social, Observer Research Foundation, World Trade Centre Mumbai, All India Association of Industries, Princeton Club of India and The Collaborating Chambers.