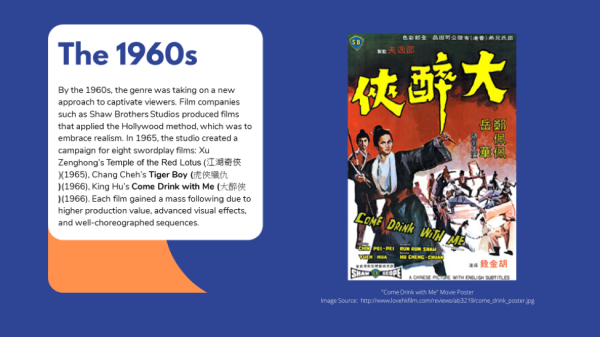 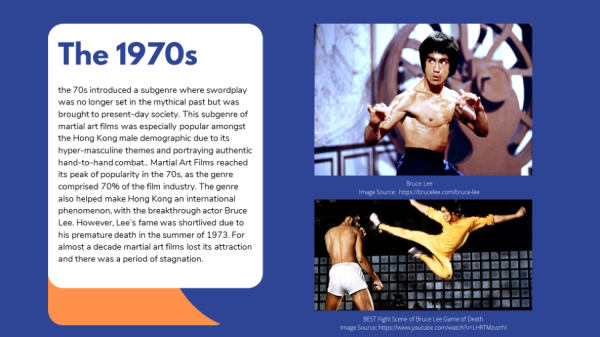 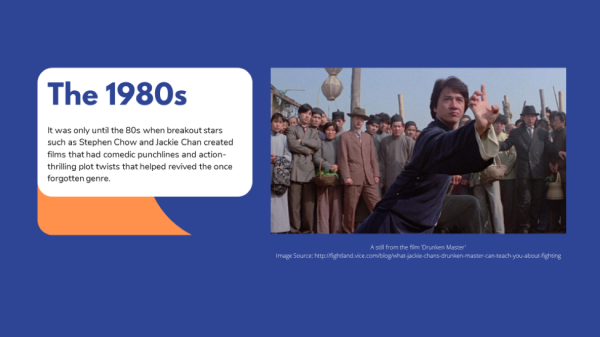 Since the early 1900s, films have played an essential role in the development of Hong Kong’s culture and identity. However due to the lack of preserving classic films and promoting Hong Kong’s rich film history, many are unaware of how impactful films were in the past.

Within Hong Kong Cinema, Martial Art films are considered the most representative of the city’s film industry.  Although the first Chinese-language Martial Art film was made in Shanghai, by the late 1940s a wave of directors moved to Hong Kong due to the Chinese government placing a ban on the genre. Over time, local martial art films slowly stopped referencing Shanghai martial art films and turned to indigenous literature and materials. Sources such as the Guangdong School of Martial Arts Fiction were popular because of its “local flavor-use of Cantonese slang” and praising local heroes. The success of films like “Tiger View in the Capital” and the movie series based on folk-hero Wong Fei Hung led to the departure of old trends and paved the way for a new era of Hong Kong cinema. 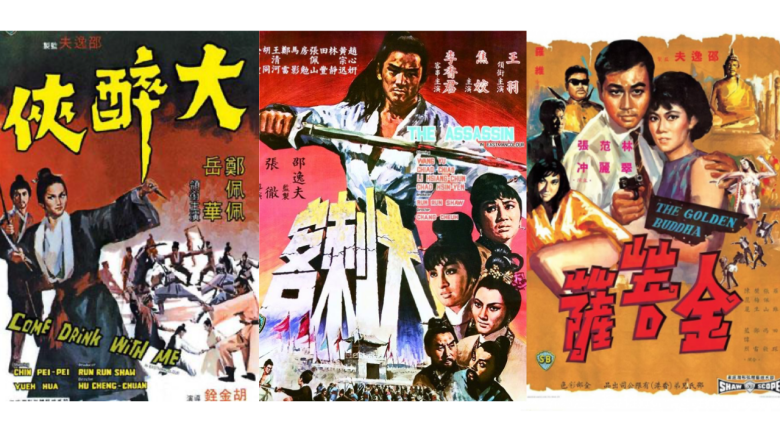 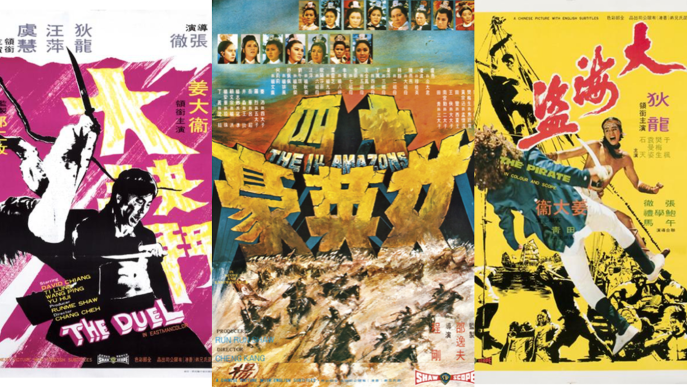 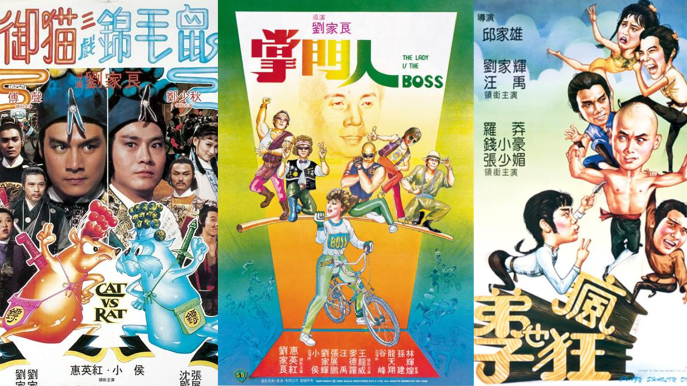